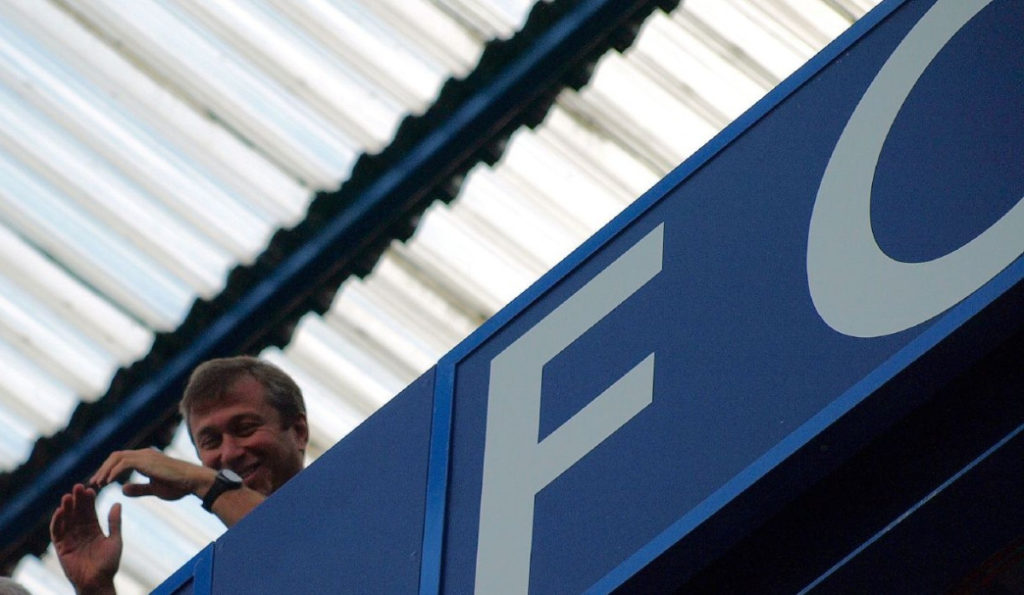 Roman Abramovich is a well-known name in both the business and football fields. Let's retrace the career of one of the richest men in the world

Roman Abramovich was born on October 24, 1966 in Saratov, Russia, to a poor Jewish family. Remained as a very small orphan, he is raised in an orphanage and by an uncle in the arctic climate of Ukhta. Her mother, Irina Ostrowski Abramovich, dies when Roman is not yet two years old and her father, Arkady Abramovich, is killed in an accident less than two years later. He attended the Industrial Institute, joined the Soviet Army and studied briefly at the Moscow State Auto Transport Institute. His entrepreneurial activity, which will lead him to be a multi-billionaire, begins while he is in military service, with the sale of stolen gasoline to the officials of the Commission of his unit. In 1987 he invests 2000 rubles, a wedding gift, in the smuggling of goods on the black market, triples the original value and starts a sale of car parts. He continued his illegal activity until 1988, when he obtained the opportunity to legalize it thanks to the opening of Perestroika to the market. Mikhail Gorbachev allows, in fact, the development of small businesses in post-communist Russia.

He therefore founded a company for the production of plastic dolls with his wife: it was an immediate success. During the 1990s, his wealth increased and Abramovich liquidated around twenty companies from various sectors, such as tires and bodyguard recruiters. The success allows him to invest in other activities, greatly expanding his assets, and to enter the oil field in the Omsk region. From 1992 to 1995, Roman Abramovich founded five companies that act as intermediaries for the resale of oil. In this sector too, a name was quickly made and joined the board of directors of one of the most important companies, Sibneft. In 1995 he collaborated with Boris Berezovsky for the purchase of a controlling stake of the same oil company for an amount equal to 100 million dollars. It therefore becomes solely responsible and completes the merger which makes it the fourth largest oil company in the world. In 2005, Sibneft is sold to the Russian state-owned gas company, Gazprom. In the meantime, the top manager also buys stakes in aluminum companies, thus becoming one of the largest producers.

Parallel to his entrepreneurial activity, Roman Abramovich turned to politics: in 1999 he was elected to the lower house of the Russian parliament and in 2000 he became governor of the Chukotka Autonomous Okrug, a very poor and isolated Siberian area to which he had previously donated large sums of money. for some improvement processes. Thanks to him, hospitals, schools, colleges are built and the airport is renewed. Although Chukotka operates as a tax haven, Abramovich's job does offer job opportunities to locals and gives new opportunities in terms of growth and education. The Russian magazine Expert names him for this Man of the year. He was then reelected for a second term in 2005. Roman Abramovich is now one of the wealthiest men on the globe: the multi-billionaire businessman and entrepreneur is the owner of the Chelsea Premiership activist Chelsea Football Club and private investment company, Millhouse LLC. In addition, the powerful Russian tycoon owns steel and mining enterprises. With a net worth of $ 12 billion, he ranks on the list of the wealthiest people in the world: Forbes ranks him at number 53. After losing many billion dollars in lawsuits and other liabilities, his wealth has diminished but is still the second richest person in the United Kingdom.

Abramovich, in the course of his climb, faced many accusations of fraud, blackmail and corruption. The Times magazine reports that the tycoon himself admitted that he paid billions of dollars to get political favors in order to grab large shares of Russian aluminum and oil resources. His business partner Boris Berezovsky said that Abramovich threatened him to sell his shares at a lower price than they were worth; Berezovsky won the civil suit and got more than three billion dollars in damages from Abramovich. Another company, Yugraneft, received billions of dollars in a lawsuit that won against him. Roman Abramovich does not like giving interviews and does not make public statements about his life or work. He has properties in Britain, Russia and France, but prefers to spend his life on luxury yachts. He owns five superyachts known as the Abramovich Army. He also owns a private plane, a Boeing 767-33A / ER called Bandito, and two bullet-proof and bomb-proof Maybach limousines, which apparently cost him a million dollars. Finally, it has a private army of forty people for its own safety. All this makes him one of the best protected tycoons in the world.

Giovanna Pirri
5959 posts
Previous Post
Summer Make Up: what is the difference between bb cream and cc cream
Next Post
Very true, the truth of Pamela Prati. Toffanin: "It's a horror movie"