Romantic movies to watch in streaming 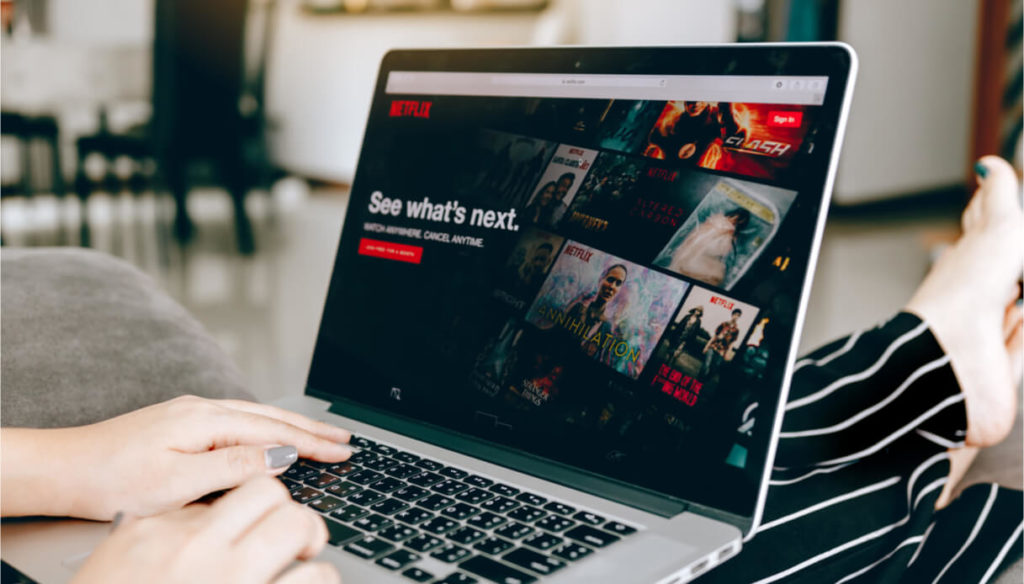 Fans of love movies and romantic comedies? Here is a selection not to be missed, to be enjoyed directly on Netflix!

A blanket, a cup of chocolate, a box of candy, a cone of popcorn: getting on the sofa to discover romantic movies to watch in streaming or romantic series on Netflix is ​​always a good idea, just like a weekend in Paris. Discovering the adventures of two lovers, getting angry at the misunderstandings or the antagonists that divide them, dreaming in front of kisses on the small screen … there are so many stories to know or to review a hundred, a thousand times.

Netflix is ​​an immense platform when it comes to love stories: it offers a wide and multifaceted range, from comedies to heartbreaking dramas, from teenage romantic films to romantic series. But how do you find your way around the gigantic menu of funny movies, unforgettable stories, characters to remember and melò meatballs? How to choose the best movie to watch? How to find the right love film for an evening at home? Here are a dozen romantic films to watch on Netflix, titles not to be missed, sad or comic, painted in pink.

As you want me

Among Netflix's romantic films, this 2000s comedy by Volfango De Biasi stands out with the golden couple of the decade: Nicolas Vaporidis and Cristiana Capotondi, who reinterpret the tale of the ugly duckling. She is Giada, a student of Communication Sciences passionate about the media and with little taste in dressing. He is Riccardo, a father's son who only thinks about conquests and holidays. Giada will give him repetitions, to allow him access to his father's money, his holiday fund, but of course she will fall in love with him. Thanks to a sort of deus ex machina, he will undergo a total restyling, to become another Jade, the Jade "as he wants it". But will this transformation lead to her losing herself? How You Want Me is a funny and brilliant comedy, with many romantic strokes. The jokes are funny, to dream an hour and a half with an Italian gem with a simple but successful plot.

Call me by your name

Elio is a seventeen-year-old Italian-American Jew and spends the summer in a decadent villa in the countryside of Crema, together with his family. As he divides his time between vacation homework and piano moments, he meets Oliver, who has come from America to help his father, a university professor. After an initial study, an uncontrollable passion will break out between the two. The unexpected crush, for Elio and Oliver, broke out in the 1980s, when homosexuality was anything but cleared of customs. But Elio can count on something unique: a disruptive experience, which will overwhelm him and leave an indelible mark on his adolescence. The award-winning film is directed by Luca Guadagnino and stars Timothée Chalamet and Armie Hammer in the lead roles.

Based on the book of the same name by David Nicholls, this 2011 film by Lone Scherfig tells of a friendship between a boy and a girl. This is Emma, ​​a proletarian nerd, played by Anne Hathaway. He is Dexter, very rich and indolent, played by Jim Sturgess. An impossible love, it seems, that unwinds parallel to their paths. From a waitress she becomes a teacher, and then a writer. He becomes a famous conductor and then crashes on the avenue of the sunset, even too soon. The story of Emma and Dexter is told over the span of twenty years and is updated every July 15, year after year. A double transformation that will lead both to change completely, also and above all in relation to the special bond that unites them.

A love of witness

Classic romantic comedy of 2008 featuring Michelle Monaghan and the legendary Derek of Grey's Anatomy, Patrick Dempsey. The story is set in New York: he is Tom, a lovely Don Juan, unfaithful to everyone except his best friend, Hannah, with whom he has never had a relationship. She, Hannah, suddenly meets a man and decides to marry him, moving to Scotland. At the idea of ​​losing her, Tom panics. The awareness of being in love with it begins to emerge from fear. At this point he has to try everything to prevent her from getting married to "the perfect man", while trying to understand if he can really change for her …

Ashton Kutcher and Amanda Peet are the protagonists of this love story that unfolds over the years. He is Oliver and she is Emily. They meet in their twenties on a flight and indulge in a sexual adventure, which is followed by a long day around New York. Since then they will meet again, they will cross, they will meet, they will clash, but it will take a long time to understand what we already imagine, and that is, that they are made for each other. They will go through cities, jobs, failed relationships before deciding to try seriously, without indulging in crazy and episodic encounters, in the moonlight or under the influence of alcohol. The original title is A Lot Like Love, a bit like love, which takes up the song from the soundtrack by Aqualung.

The pages of our life

A great love story set in the distant 40s. Nick Cassavetes directed this 2004 film based on a Nicholas Sparks novel. The plot tells of Allie Hamilton, a wealthy heiress, and Noah Calhoun, a woodcutter from Seabrook Island. The two meet in the summer: he lives there, she is just passing through for the holidays. He, struck by her, does everything to have an appointment. The two fall in love, but Allie's family hinders them: she has to go to university and look for a man from another social background. They will separate and meet again, but the ending is a surprise, and to deal with it you need to get lots of packs of kleenex. The magnetic force of this film, as well as on the direction, photography and music, also counts on the faces of the two protagonists: Rachel McAdams plays Allie, Ryan Gosling Noah. Suitable for those who love teen romantic movies on Netflix and those who prefer timeless stories, this film will leave fans of heartbreaking romance fans breathless.

If you leave me I delete you

Surreal anti-fairy tale directed by Michel Gondry in 2006, written by Charlie Kaufman. The soundtrack is intense and melancholy, the plot complicated but poetic: he is Joel, she is Clementine. They were together, but they broke up, and so she decides to turn to Lacuna Inc., an unreal clinic run by Dr. Howard Mierzwiak, to have the memories of the romance with her ex completely removed. When he finds out, Joel decides to do the same thing but the process gets stuck, also because of Mary, a company employee, who had had an affair with Dr. Howard (later erased from his memories). Clinging to a shred of the past with Clementine, Joel finds himself with a chance to do it all over again. How will things go?

Brad Pitt plays a double role: the diner boy and Death, who meet (and confuse) Susan, a young doctor preparing to celebrate his father Bill's 65th birthday. In Susan's life, Joe suddenly falls, a beautiful boy, a body which he took possession of by death, to go and get Susan's father. Susan will be destabilized by this encounter, and will fall madly in love with this strange man. A farewell announced? Indeed, a double goodbye? Are both the man in her life and her father about to abandon her? In the meantime, however, she has something important to discover: living her life differently. The film was a 1998 blockbuster starring Pitt in the role of Death, joined by Claire Forlani in that of Susan.

Abdellatif Kechiche directs this 2013 film, which tells of an amor fou between the young Adele and Emma, ​​an older girl with blue hair. Between the two there is a strong attraction that results in a story and then in a coexistence. But the differences between the two (social, cultural, intrinsic) risk breaking this union forever. The award-winning film features Adèle Exarchopoulos and Léa Seydoux. Adapted from the novel Blue is a Warm Color, the film won the Palme d'Or at the 2013 Cannes Film Festival. Passionate and author at the same time, it was a great critical success. The right idea for those who want to discover a story of absolute love and unbridled obsession.

Sex and the City

After the success of the TV series, a true cult between the 90s and the 2000s, the film about the couple's wedding, directed by Michael Patrick King, starring Sarah Jessica Parker, Kim Cattrall, Kristin Davis and Cynthia Nixon. Carrie has to get married but her nuptials won't go exactly as planned. The (super) heroines of the most beloved female series return with a crackling story, always based on the leitmotif of long seasons: their friendship. A sequel not to be missed for those who loved the story of Carrie, Samantha, Charlotte and Miranda. Ten films not to be missed, to dream, laugh, cry and fall in love. The catalog offers many possibilities, a lot of choice for those who want to relax in front of two people who lose their minds for each other.

Giovanna Pirri
4323 posts
Previous Post
Elettra Lamborghini, her sister Ginevra confesses about their relationship
Next Post
Jo Squillo is moved by Serena Bortone reminding her parents: "It's an evolving mourning"