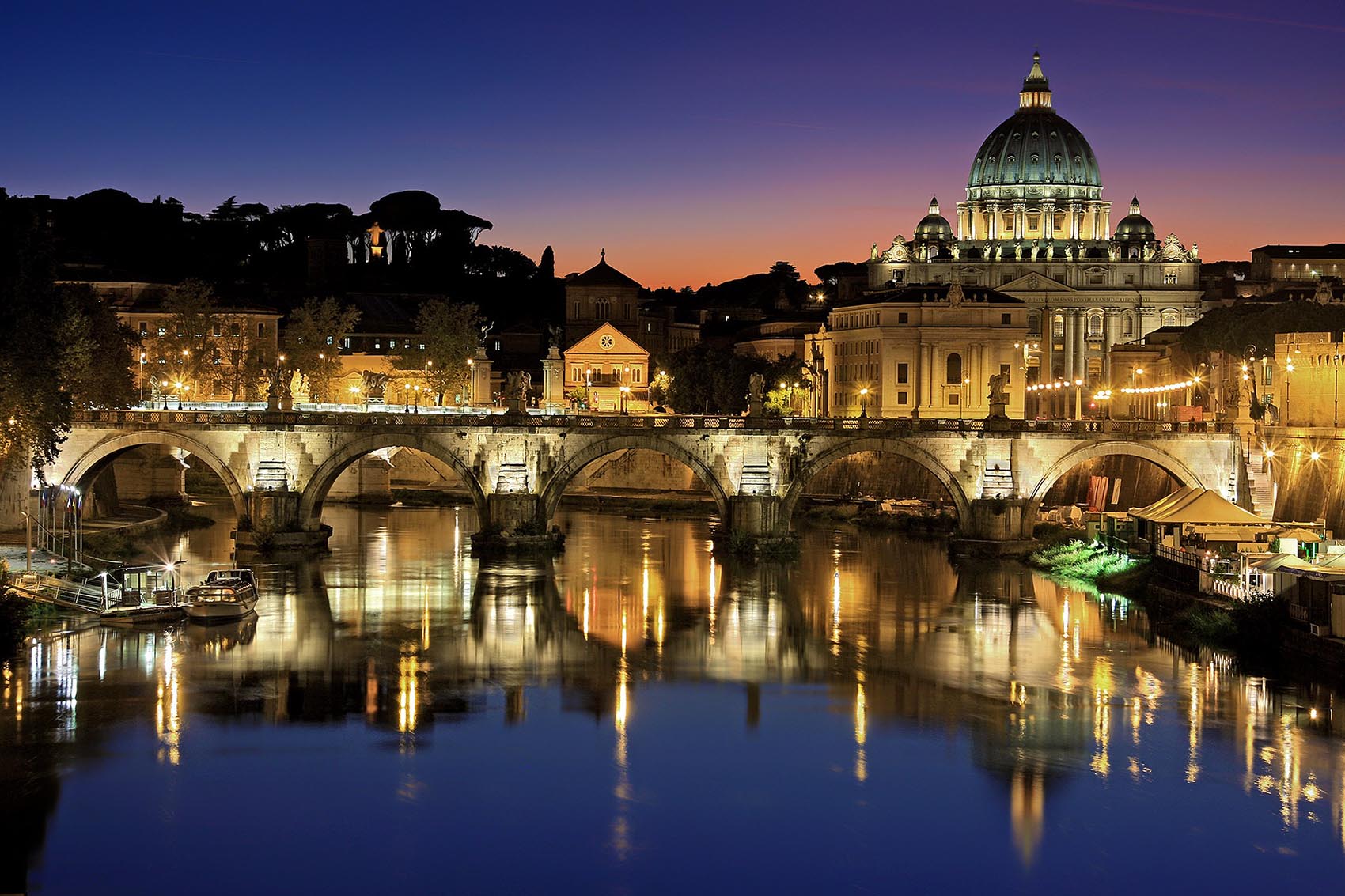 Useful and delightful: explore the beauties of Italy and in the meantime work off the calories. To do this, nThere is nothing better than dedicating yourself to the discovery of unknown corners of Rome: areas forgotten by tourist guides, spaces full of history, treasures of curiosities and anecdotes. 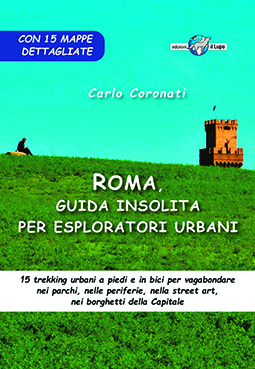 A recently published book, Rome, an unusual guide for urban explorers by Carlo Coronati (ed. Il Lupo) offers a different way of enjoying the Eternal City, to tourists but also to the inhabitants.

Thus the four steps of health to dispose of the extra kilos become an opportunity to seize an unusual Rome. Forget the congested traffic, the difficulty of parking, and let yourself be carried away by your legs. The author identified 15 urban treks on foot and on two wheels to wander in parks, in the suburbs, in street art.

“Walking generates amazement and gives well-being to the body and mind », says Carlo Coronati. “It allows you to linger, go back, take pictures, talk to people and browse a bit”.

A 4 hour walk in the Monteverde district

An itinerary full of surprises is to discover Monteverde. The trekking of 11 kilometers winds up and down stairs and ladders, among Art Nouveau villas, parks, Pasolini’s memories and testimonies of the Roman Republic. It is a wandering of almost 4 hours in a very green neighborhood, full of gardens and architectural gems.

The starting point is a Piazza Ippolito Nievo, to the tuff hill. Opposite is the old Trastevere station, operational until 1911, then replaced by the current station. The walk begins by climbing a steep ramp in Via Ugo Bassi characterized by a mural. It is an example of street art that dates back to 2015, the work of the artist David Vecchiato, a tribute to Elena Sofia Ricci in the 1990 film In the name of the sovereign people by Luigi Magni. At the top of the ramp, turn right and then immediately left and after others 200 steps you arrive at a panoramic balcony on Via Aurelio Saffi. This is the heart of Monteverde Vecchio, a neighborhood built in the early 1900s. 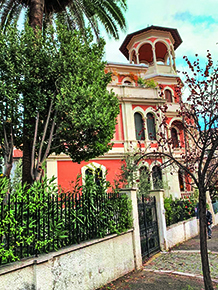 A short stop and then with another staircase, continuation of via Ugo Bassi, you are in the liberty style. At number 103 there is the scenographic liberty cottage “Sara” where in 1968 the director Bertolucci set the house of Clara (Stefania Sandrelli) in the film Partner. There is also the Villino Cirino Silveri, which incorporates the Venetian style with mullioned windows and turrets. It was commissioned to the architect Pirani by the opera singer Cirino Silveri, and was chosen for film sets such as The commander with Totò, Damn the day I met you with Verdone and Criminal novel.

Later here are the Gianicolense walls of Villa Sciarra. The plaques at the entrance recall the battles of the Roman Republic of 1849. The seven-hectare villa inspired Gabriele D’Annunzio who chose it as the setting for the novel The pleasure. Leaving the villa, walk along the Gianicolense Walls and arrive at the Porta San Pancrazio of 1854, the work of Vespignani, who replaced another that was the place of collection of the gabelles. Today there is the seat of the Museum of the Roman Republic and of Garibaldi’s Memory.

Further on here is the entry of Villa Pamphili. Various panels recall the fighting between the Italians and the French in June 1849. With its 184 hectares, the villa is the largest in Rome. It is rich in palaces and historical memories of the dynasties that inhabited it. There is Corsini building, now the municipal library, and the Trajan Aqueduct, along the Via Aurelia Antica, and the Arch of Paolo V Borghese, rebuilt between the end of the 1500s and the early 1600s. Then, you meet the Casino del Bel Respiro or Palazzina Algardi (used by the Italian government).

Walking through the paths they discover themselves fountains, small waterfalls with cherubs and sculptures, ponds with swans, labyrinth gardens and an extensive pine forest. Leaving the villa, you will find the most popular part of Monteverde, where Pasolini lived from 1956 to 1963. The buildings erected in the 1930s have been the backdrop to Boys of Life. In the adjacent via Poerio, in a villa of crumbling beauty, the director Ozpetek set the film Magnificent presence. At the corner with via Cavallotti, there is the painter’s residence Mauritius Cornelius Escherknown for the illusionistic optical effect woodcuts.

Discovering the districts of Garbatella and Tor Marancia

Another itinerary for fans of murals unfolds between the Garbatella And Tor Marancia. “Only the residents can get to know the labyrinthine lots and the streets that unite them,” says Carlo Coronati in his book.

The walk (by about 10 km) part from Piazza Pantero Pantera and from the subsequent Via Guglielmotti, uphill, which leads to the entrance of the district, built in the 1920s and made up of 62 lots. Just cross it and you are faced with an architecture full of balconies and stairs, a sort of “Roman baroque” with low houses with strange chimneys, like a country village. Let yourself be guided by curiosity, perhaps stopping to talk to the inhabitants, usually very rich in anecdotes. Everyone can come up with their own tour.

Wandering around, you get to the Commodilla Park which hides catacombs from the mid-4th century and al Palladium theater, once a “red light” hall and now the seat of the Third University. It is interesting to jump to the Moby Dick library, where in the past there were public toilets because the houses only had a sink. The atmosphere is fairytale. Here too you can find corners made famous by the directors. There is the Bar dei Cesaroniknown for the homonymous fiction, while the ancient arches that lead onto Via Antonio Rubino are the ones that Nanni Moretti crossed with the wasp in the film Dear Diary. 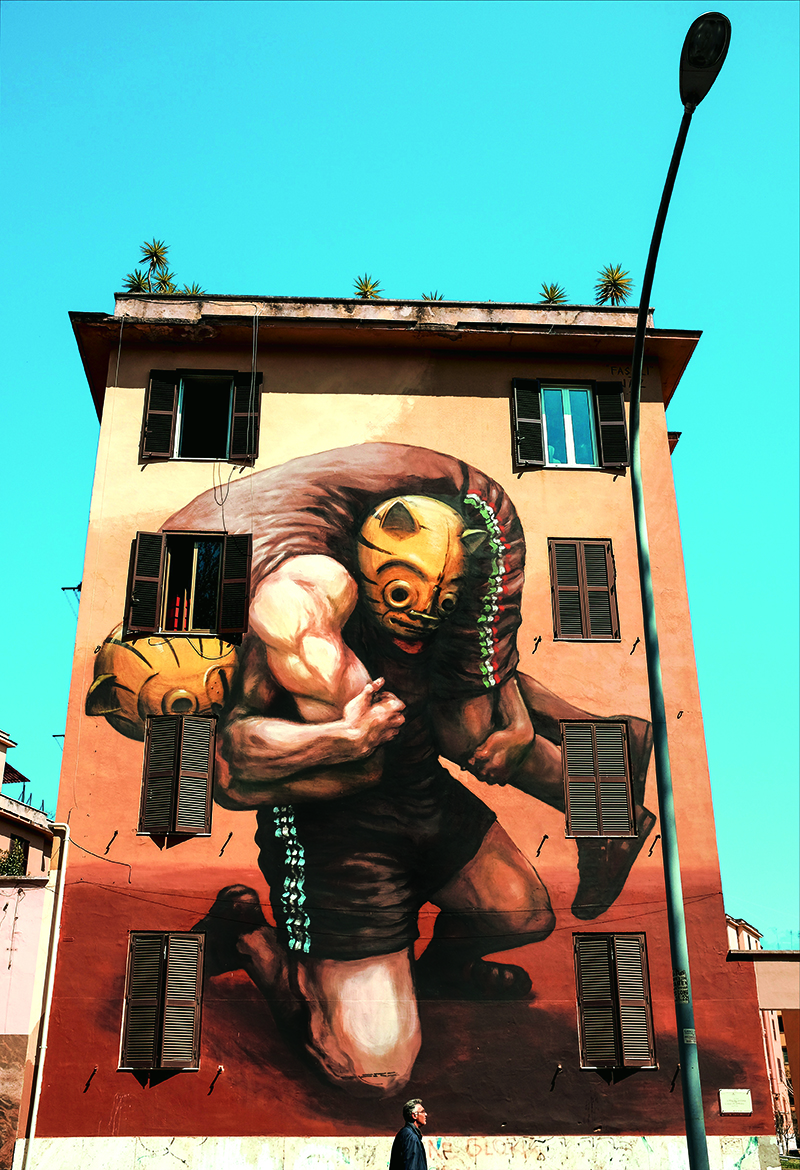 Leaving Garbatella behind, the amazement continues as you enter Tor Marancia after crossing the great Cristoforo Colombo artery. Gray and sad tower blocks have been transformed into a grandiose park of huge murals. Among these the Redeemer child by Seth e The weight of history by Jaz. In addition to these, always on the outside, Welcome to Shanghai 35 by Caratoes. Hold your breath: you are in front of the first condominium museum in the world. The secret of this area of ​​the city is that an anonymous street like Via Massaia reveals, unexpectedly, a beautiful one mural dedicated to Victor Cavallo.

At the end of the tour, after grinding kilometers, fatigue gave way to the thrill of having discovered an unusual face of the capital.

There are many associations they offer less known itineraries to discover Rome. Most propose appointments on facebook.
“Eighth Hill ” organizes walks in the peripheral areas of the capital. Visits are also offered to private museums or less frequented moral bodies.

Also on FB there is the group Move Monteverde which aims to promote movement and in particular walking as a “drug” for health. For those who have children and want to bring them closer to art, the association LaMage organizes “Roman adventures”, historical-artistic itineraries for families to introduce the little ones to the wonders of the city, with anecdotes, curiosities, myths and legends.
Art Safari it is a site that initiates a hunt for historical treasures while walking around the city in search of clues. Known places are rediscovered in a new way, through the observation that the game requires. You can buy the book that contains the map or join the guided group tour or book a private one.