Rome Festival: the look of the stars to the votes. Promoted and rejected 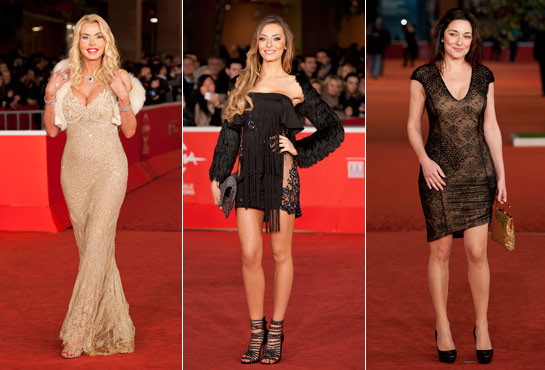 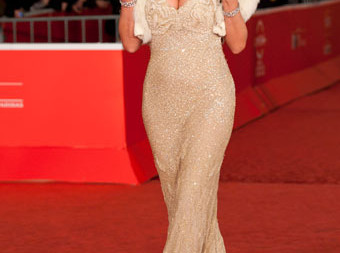 Promoted and rejected: the looks on the red carpet of the Rome Film Festival

What will remain of this edition of the Rome Festival? Apart from the titles and a certain surprise for the best actress (the voice of Scarlett Johannson) there will remain clothes, hairstyles and accessories: the protagonists of the Rome Film Festival showed off more or less successful outfits.

Among the undisputed queens of style is the gracious Jennifer Lawrence, with her new haircut that gives her so much. The Oscar-winning actress at the photocall chose a little black dress, mixing the right accessories: earrings, belt and shoes with studs. On the red carpet, Lawrence showed off a beautiful cream-colored dress, sparkling sandals and a diva hairstyle.

Out of every scheme our Valeria Marini, who made her appearance on the red carpet evoking that diva style that only she knows how to interpret in this way. The model Alessia Tedeschi is far from any style ideal: nude look, mini, very high heels. Too much, too much, too much even for a catwalk.

Jennifer and not only: so many stars, actress and actors, expected in this film exhibition, from Sabrina Ferilli to the young and delightful Alessandra Mastronardi, the celebrated Scarlett Johansson with the idol of the little girls Jared Leto, protagonist of a complex, delicate and difficult story like the eviscerated one from Dallas Buyers Club. And it is precisely on the looks that we focus.

Whether or not you prefer Venice for that story that made it a sophisticated and avant-garde Festival, the Roman event is consolidated among film buffs and professionals able to excite the public of an open city that has known the glories of best Cinecittà possible. So also this edition of the Roman festival takes shape, including interesting films and red carpets that recall a glorious past, exciting and full of expectations.

In sequence we analyzed the looks chosen for the Capitoline catwalk from the local and international protagonists, from the make-up to the choice of the dress that on these occasions cannot be overlooked. Marianna Di Martino and Valentina Corti stood out for their princess dresses. Isabella Ferrari for her severe and elegant outfit. Less impeccable Elena Arvigo, who appeared "bundled up" in a shiny black aram pants. Chic and sober Valentina Lodovini in her trouser suit.

In our photogallery with a touch of irony promoted, rejected and postponed in terms of style.