Rosacea, how it manifests itself and how it is addressed 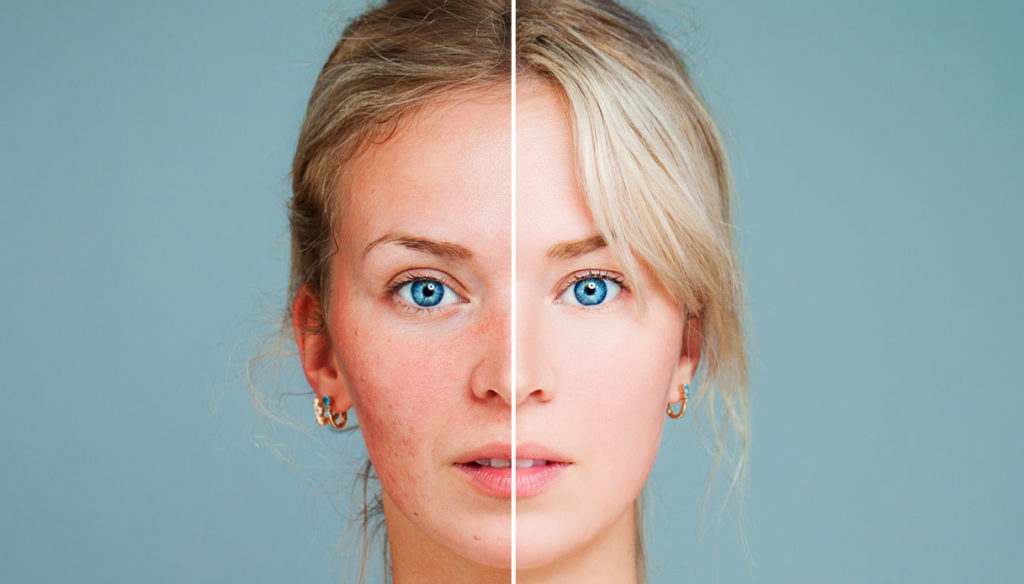 Rosacea is a chronic skin disease and primarily affects the nose, cheeks and eyelids. Early diagnosis is fundamental

Try to find a common element between Bill Clinton and Prince Charles of England. Nothing? Then put alongside the faces of great actresses like Cynthia Nixon, star of “Sex & The City”. Are you still unaware of anything?

Probably, if you have not yet found a connection, you are not familiar with a chronic skin disease that affects up to seven out of a hundred people. It is called rosacea and, in addition to creating skin problems, it can affect the quality of life.

The experts of SIDeMaST, the Italian Society of Medical, Surgical, Aesthetic Dermatology and Sexually Transmitted Diseases, on the occasion of their National Congress, signal the need to know and better deal with the situation.

According to dermatologists, in the initial phase rosacea is confused with couperose and the simple redness that appears in the early stages of the disease is therefore ignored and minimized. But when it manifests itself in a full-blown manner with the appearance of papules, pustules and thickening of the skin, it acquires all the characteristics of a real pathology. The causes of the picture are still unclear and the only distinctive sign underlying this pathology is inflammation.

One thing is certain: there are several weapons that can improve the clinical condition of patients. However, the imperative is to arrive early with the diagnosis, to treat the disease as soon as possible. It is in fact a condition that can tend to worsen and therefore it is important to avoid passing from the milder subtype to the more serious one.

The disease mainly affects the nose, cheeks and eyelids. Like acne, it can have various manifestations: ranging from temporary redness of the central part of the face to more persistent forms. "Central facial erythema – explains Giuseppe Monfrecola, of the University of Federico II in Naples – affects the nose, the upper part of the cheekbones, sometimes there is a sharing of the eyelids, with persistent redness and veins that dilate at cause of the sun, heat and also alterations in emotional states. Spicy foods and alcohol can affect this. And if the therapies do not definitively solve the problem, treatments with drugs and functional dermocosmetics can attenuate its manifestations ".

At the base of the inflammation, adds the expert, "there is always a malfunction of the immune system and of a small microorganism the demodex follicolorum which in subjects with rosacea exists in quantities higher than those found in individuals with healthy skin – continues Monfrecola" . Warning: it is a sort of small mite that, in some way, affects the skin's well-being.

According to dermatologists, you can first of all try to "mask" the temporary flushes of redness, which may appear suddenly. A camouflage, clearly not curative, which, however, can take the affected person out of embarrassment, allowing them to relate to others with greater tranquility.

It is also possible to use vascular lasers with particular wavelengths that decrease the dilation of the veins near the nose. Obviously, then, there are the drugs.

"In our therapeutic armamentarium we have topical anti-inflammatory drugs based on ivermectin – continues Monfrecola – and functional dermocosmetics that block the Trpv receptors sensitive to thermal stimuli and which act as adjuvants to the action of the drugs. You can also use antibiotics of the cyclin group such as doxycycline of which we do not exploit the antibiotic power, but only the anti-inflammatory one. It is enough to dose the active ingredient differently: instead of 100 mg, 40 controlled release are used. The important thing is to use dermocosmetics in the morning, taking drug therapy in the evening that must be taken constantly. Because this, I remember, is a chronic disease ”.

Gianluca Zompi
1634 posts
Previous Post
Joe Biden: the wives, the children and the dramatic accident
Next Post
Iva Zanicchi in the hospital after the positivity at Covid: the video on Instagram