Salt, what can happen if you eat too much 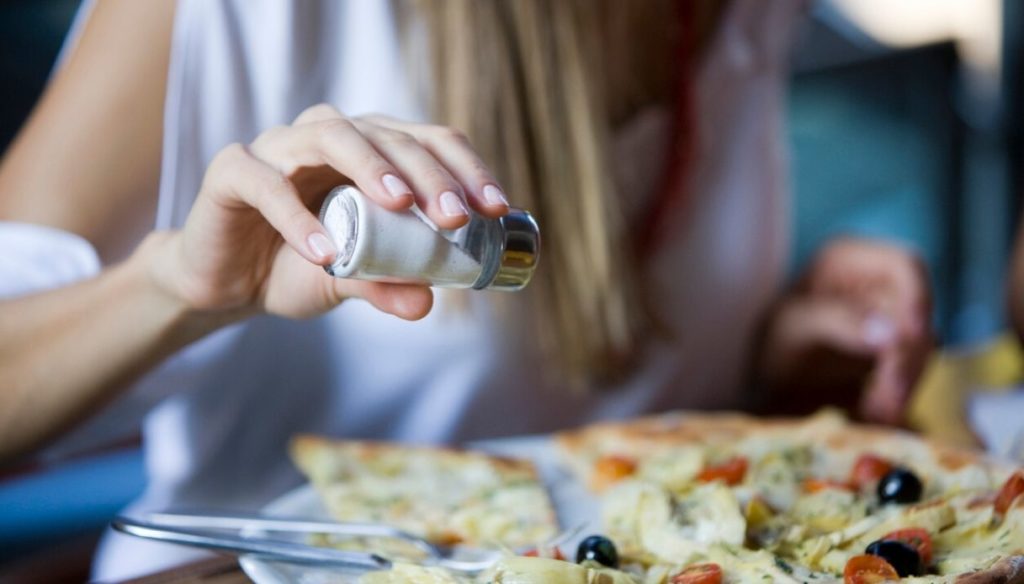 The repercussions range from increased water retention to cardiovascular problems

Among the recommendations that are repeated more often when it comes to healthy eating, is the fact of keeping the salt intake under control. To understand why excess is harmful, it is appropriate to review the precise repercussions on health. Following a meal with too much salt, for example, it may happen that you feel swollen due to water retention.

This happens for a very specific reason, namely the fact that the kidneys try to maintain a specific sodium-water ratio. To do this, they retain water in order to compensate for the excessive presence of sodium. Another consequence of the excess salt at the table is the temporary increase in blood pressure.

In this regard, it is useful to open a parenthesis, pointing out that some people are more sensitive than others to salt. Sensitivity is influenced by several factors, among which it is possible to mention genetics and hormonal peculiarities. In general, when you are sensitive to salt it is good to pay close attention to its intake.

The association between sodium intake and hypertension has been the focus of scientific attention several times. Noteworthy in this regard is a review published in 2019. This research work, which involved experts from the University of Pavia, the University of Parma, Bicocca and the Auxological Institute of Milan,

The teams in question focused on the effects of a modest but prolonged decrease in salt on blood pressure, which is reduced regardless of gender and ethnic group. Experts also noted a decrease in morbidity and mortality from cardiovascular disease.

Continuing with the temporary effects of a meal with too much salt, it is impossible not to call into question intense thirst. The long-term repercussions are also not to be overlooked. In this category it is possible to include the aforementioned increase in blood pressure, as well as the greater risk of stomach cancer, supported by various scientific evidences. Among these, it is possible to mention another Italian study, dating back to 2014 and carried out by a team from the University of Naples Federico II.

More than a study, it is necessary to talk about revision, scientific work which, in the face of the in-depth analysis of the details of numerous experimental studies, has allowed us to conclude that the progressive reduction of salt intake can have positive effects on the decrease in the risk of having dealing with gastric cancers.

Recalling the fact that consuming too much salt increases the long-term risk of cardiovascular problems and premature death, we conclude by recalling that diets rich in potassium can help to counteract the damage of food regimes with too much sodium and that, for targeted advice on how much salt to take, it is advisable to refer to your doctor.