Samantha De Grenet in the hospital: how she is after the operation 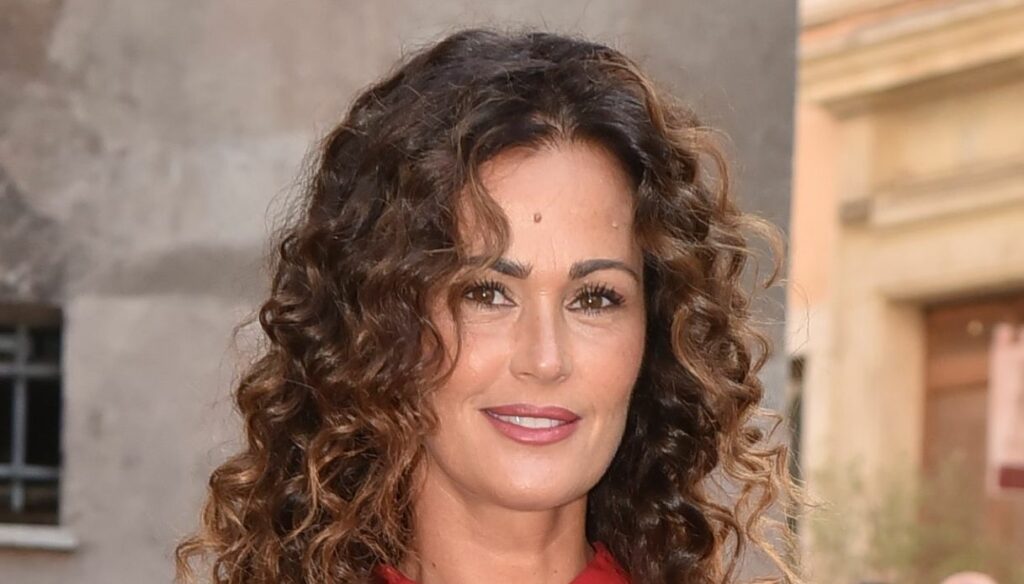 Samantha De Grenet underwent an operation on her meniscus: in an Instagram post, she updated her followers on her health conditions

Samantha De Grenet was in hospital for a meniscus operation. The surgery went well, although he will have to rest for some time. Always known for her warmth and affection, she didn’t wait long to share a message with followers on Instagram, taking the time to thank those who supported and encouraged her during this stage of her life.

Samantha De Grenet, the meniscus operation: how is she?

“And this too is done, a kiss to everyone and thanks for the messages that you have gently sent me in private. Now I’m going to be good for a while and have a nice excuse to be pampered. Thanks to Doctor Stefano Lovati: as well as a dear friend, you are an extraordinary professional, and with you all your team. Always with a smile, think positive. Operation on the meniscus “.

An incredible approach to life, that of De Grenet: a true warrior who does not yield to anything, not even to an operation. After all, it is in its nature: an old-fashioned, old-fashioned determination. His attitude towards difficulties has always surprised us positively. She has never let herself be knocked down by obstacles.

He had already had problems with his meniscus

It is not the first time for Samantha: she had had problems with her meniscus in May 2021. After a specialist visit, requested following a sports injury, she had to rest for a period, observing the use of prescription crutches medical.

“Officer”, he wrote at the time: “After a visit, magnetic resonance and more visits, the response is: injury to the meniscus, bone, collateral ligament and edema. Situation that at the moment an intervention would not solve, therefore crutches with the prohibition to support the leg for a month and a lot of therapy. But, as always, everything is fine! ” Even then he had shown an enviable concentration of strength and positivity.

The support of the artists to Samantha De Grenet

Samantha De Grenet’s Instagram post garnered a lot of support and support, not just from friends and fans, but also from artists and peers. Many wanted to leave her a nice message, expressing closeness after the operation. From Alessia Ventura to Carolina Marconi, Nek, Angela Melillo and Sabrina Ghio have also dedicated a thought to her.

The most beautiful, however, was certainly the comment of Andrea Pucci, who told her that she is a real lioness and that it will certainly not be this last challenge to bring her down. After all, De Grenet has defeated breast cancer, discovered almost by chance, from the moment in which, as she revealed in an interview with Verissimo, prevention has always been at the center of her life. 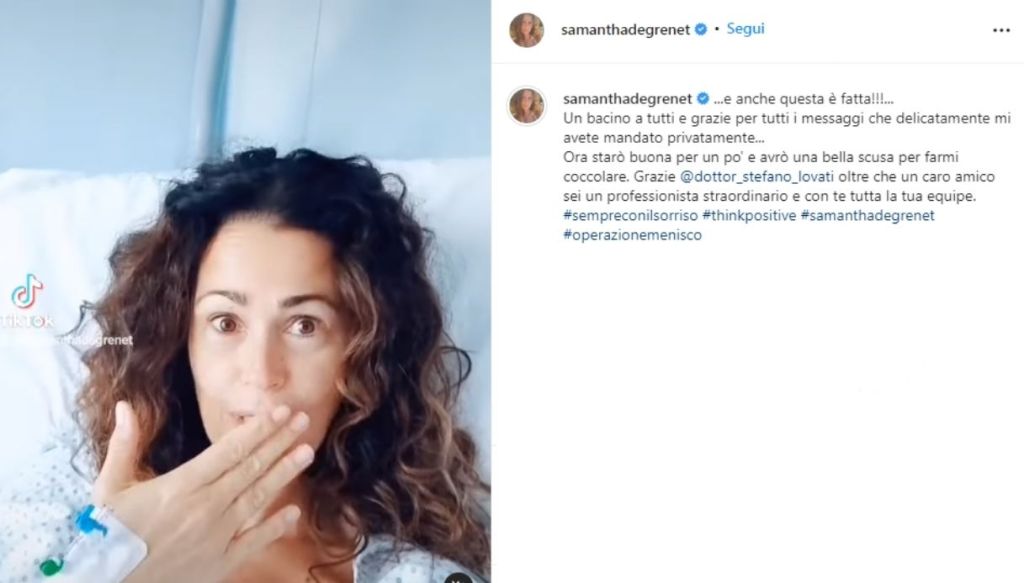