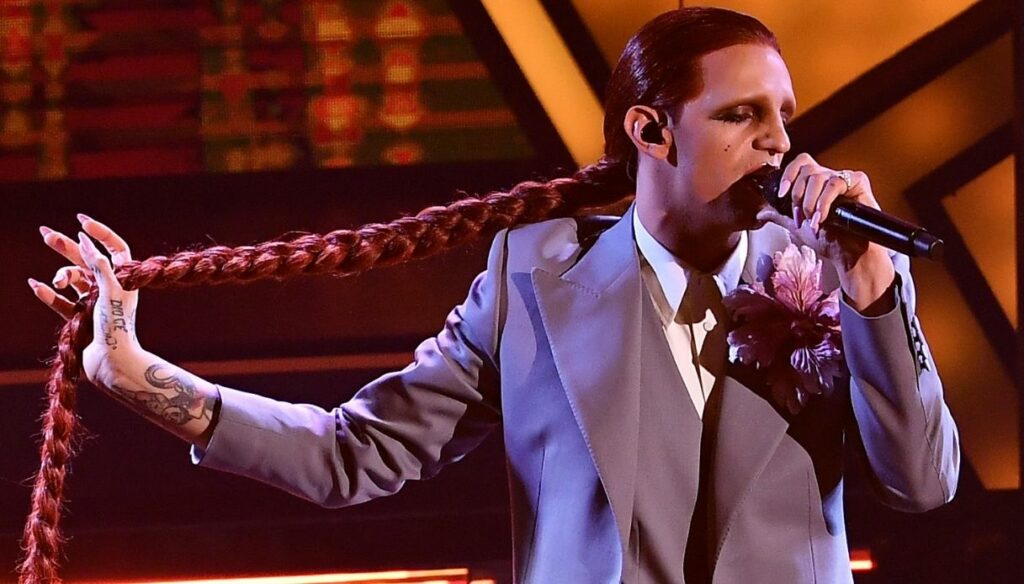 On the second evening of the Festival Elodie conquers everyone, Malika is irresistible and Achille Lauro pays homage to Mina together with Francesca Barra and Santamaria 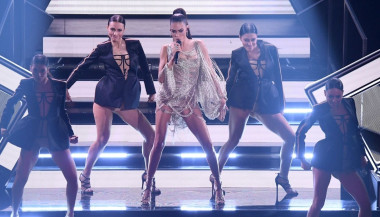 Sanremo 2021 continues with the second episode, after a sparkling start that saw 11 million viewers tuned to the Italian Song Festival. An excellent result that set a new record for the event directed and conducted by Amadeus: yesterday evening was the most followed ever on social media and involved a very young audience. "I am almost moved" – said Amadeus in the usual daily press conference – "a first episode that we have been waiting for months, with one difficulty after another. The data fills me with joy ”.

Opening the evening is a Fiorello that is nothing short of amazing. Complete in total black and wings of feathers (equally black), the Sicilian showman introduces the second episode of the Festival on an electro-rock base, revealing, among other things, an audience full of colored balloons (instead of the audience) at its entrance. Amadeus waiting for him on stage is nothing short of amused. "As soon as I see a feather I go crazy" – Fiorello points out – "this is Achille Lauro's backpack when he went to kindergarten". With the legendary "Ciuri", as always, laughter is guaranteed. "My reference 'plumologist'", continues, always commenting Achille Lauro, who on the first evening of the Festival staged one of the 5 paintings planned with an exciting and colorful tribute to Glam Rock and a look that hit the mark.

The second evening of the Festival immediately goes live with the performance of the first of the 4 New Proposals left. First Wrongonyou, born Marco Zitelli, with the song Lessons in flight. Persuasive voice, the young singer-songwriter has staged all his talent. The second New Proposal to perform was the Neapolitan Greta Zuccoli with the song Every thing about you. Sparkling red dress and elegant voice, the young promise wins viewers with an innate class. Then it is the turn of Regina by Davide Shorty, a Palermitan with a soul soul already known to the television audience for his participation in X Factor. The Dellai brothers (twins) performed last, with the song Io sono Luca. In the end Wrongonyou and Davide Shorty join the Young winners of the first evening, Folcast and Gaudiano.

After the entry of Elodie, wonderful in a long red dress that perfectly encircles her and highlights her shapes, an amazing Orietta Berti opens the roundup of Big la. The singer, absent from the Ariston stage for 29 years, sports a sparkling blue suit with marine references like a real mermaid. However, the beginning was a little "eventful". Amadeus made a mistake in the announcement of the singer and Orietta, in response, beat him loudly. But always with a smile.

And then here it is, finally. After an unexpected intro, with Fiorello singing "La solitudine" in Freddie Mercury version, the highly anticipated Laura Pausini, the singer who won the Golden Globes, enters the Ariston stage completely enveloped in light. Visibly excited, Laura is the simple girl of all time and this characteristic remains the winning figure of an artist who has conquered the hearts of millions of fans around the world over time. And on, on the notes of Io Sì, the song written for the soundtrack of the film by Edoardo Ponti (son of Sophia Loren) La vita prima prima. An exciting and thrilling moment to say the least, which leaves room for an exhilarating beat box by Fiorello, in which Pausini lends herself as an unpublished disco vocalist.

The female appearances on the Ariston stage are not lacking and bring a breath of class, style and talent that excites the audience. Among these Malika Ayane stands out with her refined voice and a look, as always, that fits perfectly. The collected blonde hair, a make-up in soft colors and with a shimmering touch, the same one that takes place in the mesh sweater. Flawless and beautiful, bewitch everyone with the song You like yourself like this.

But to literally turn everyone on is Elodie, who keeps the promise made at the press conference. "What I'll do I want to keep because I think it's more fun" – he said – "but I'll do something out of the ordinary". Not a simple performance, but a real Elodie-show in which the splendid co-host of Amadeus launches herself in an unreleased mash-up, in which she mixes some of her songs such as Guaranà with great international and Italian hits, from Madonna's Vogue to Rumore by Raffaella Carrà, up to Soldi by Mahmood (who will be a guest of the Festival) and Crazy in Love by Beyoncé. All topped off with sensual choreography and a golden mini dress. Simply divine.

After midnight, Achille Lauro arrives and for this second evening takes the stage with Francesca Barra and Claudio Santamaria. The look of the quick-change singer is inspired by a sacred monster of music, Mina. "Tribute to Mina, a woman with a true Rock 'N Roll soul, and to the iconic cover of the 1987 Rane Supreme album," writes Lauro on Instagram immediately after the performance.