Sanremo 2021: how the fifth evening went 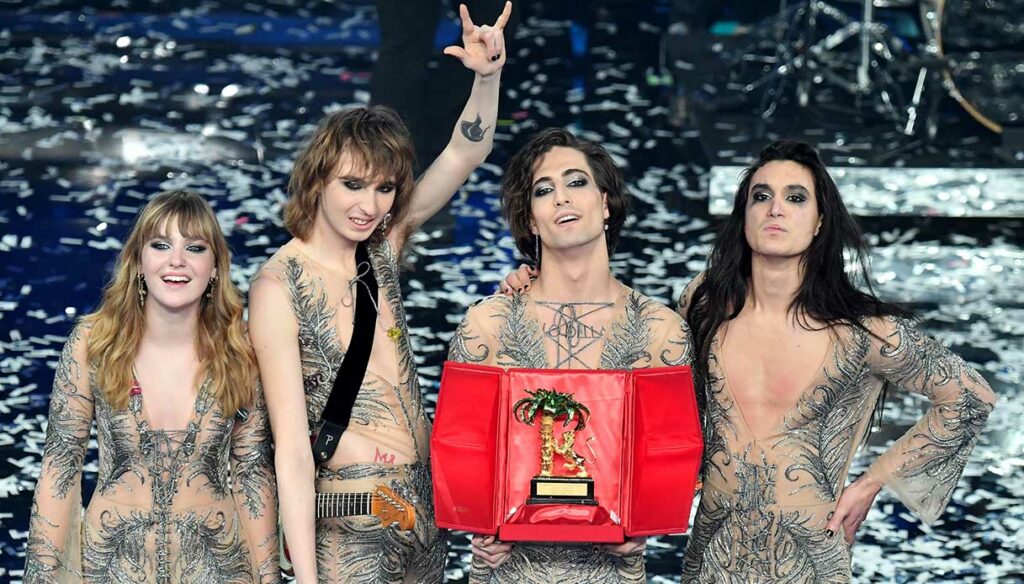 A revolution, promised and fully realized, the one implemented by the Maneskin at the 71st edition of the Sanremo Festival. The band led by Damiano won the 2021 edition, the most difficult ever, also finishing in front of the favorite Ermal Meta, who finished third. Seconds Fedez and Michielin, however satisfied.

The fifth evening was a party, in which everyone had fun and somehow subverted the rules, making Sanremo 2021 the least set edition ever.

The winner of the 71st edition of the Festival

As already mentioned, the Maneskin won, followed by Francesca Michielin with Fedez and Ermal Meta. These are the artists who finished in the top 3 who clashed in the last televoting. At 2.40 the verdict that sanctioned the triumph of the band, which has thus recovered its revenge. A national-popular televoting, in fact, had snatched from them the victory announced at X Factor a few years ago.

The last evening of the Festival sees all 26 Big players performing again, as happened for the evening of the covers and for the penultimate episode. The performances were all particularly felt giving the show a relaxed and festive atmosphere. More than a competition, it was clear that for everyone it was first of all an opportunity to return to performing, even if without an audience in front of applauding.

The ranking is the result of the average between the percentages of votes obtained in the final evening (in which the public decided with the televoting) and those obtained in the previous evenings. The three songs that obtained the highest score were voted again by the opinion poll jury, the press room and the audience with televoting. This is the final ranking therefore.

The fifth evening was among the most commented on social media ever, where everyone, even the artists in the competition, flocked to have their say or push televoting. The Maneskin victory puts almost everyone in agreement, a sign that the band has been able to convince even the most skeptical.

Some controversy over the leap forward of Fedez and Francesca Michielin, according to some due to the push that Chiara Ferragni wanted to give to televoting by rallying her millions of followers and asking them to vote for her husband. No sooner said than done and the Sanremo couple moved from seventeenth position to second. But it wasn't enough.

Barbara Catucci
7947 posts
Previous Post
Damiano dei Maneskin: ex-girlfriend Lucrezia and the relationship with Victoria
Next Post
Women and men must have the same salary: the European proposal