Sanremo 2021: the top and the flop of the fifth evening 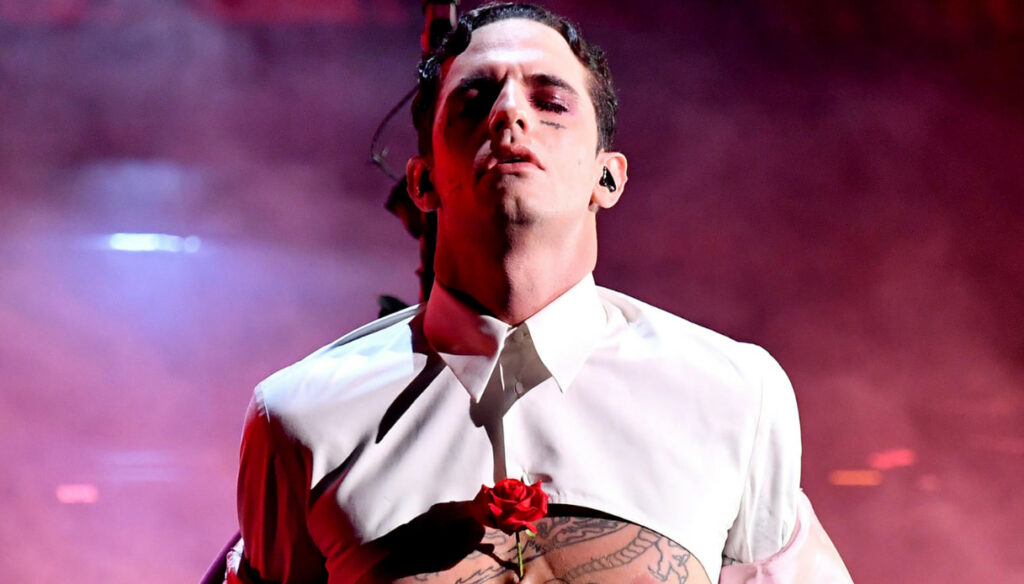 With the fifth evening of Sanremo 2021 the Festival closes: Lauro conquers with a new painting and the Maneskin are amazing

The fifth evening of Sanremo 2021 goes on stage, decreeing the victory of the Maneskin and the end of a Festival different from all the others. Amadeus and Fiorello bring home the success of an event staged during a pandemic and without the presence of the public, which has always been the heart of Sanremo. The final, as was to be expected, was full of emotions, with many guests who took turns on the Ariston stage, talking about each other, having fun and thrilling the audience at home.

Let's find out the tops and flops of the fifth evening of Sanremo 2021.

MANESKIN – Since the first evening of Sanremo 2021 they have illuminated the Festival with their overwhelming energy and with pure rock. Damiano, leader of the band proved to be a mature performer, able to hold the stage and hypnotize the audience. The result was a crescendo, episode after episode, until the final victory, well deserved.

ACHILLE LAURO – After the amazing painting with Emma Marrone and Monica Guerritore it was difficult to do better, but Achille succeeds with a poignant and touching performance. Lauro tells of humanity pierced by insults and criticism, with a red rose on the belly that bleeds. Once again he demonstrates that he knows how to tackle important issues, bringing substance to the stage and something we had never seen before.

IBRAHIMOVIC – If in the first few episodes he was not convinced, they are forced in his exchange with Amadeus, Zlatan recovers in the last evening. He does it with a monologue on failure, he who is considered the emblem of success and invincibility. A speech in which, for the first time, we glimpse the fragility of a man, but also his ability to grasp the best and transform it into victory. “Failure is not the opposite of success – he says -, it is a part of success. Doing nothing is the biggest mistake you can make. I'll tell you what: if Zlatan is wrong, you can be wrong too. The important thing is to make a difference every day. Commitments, dedication, perseverance, concentration. I organized this festival to tell you that each of you, in your small way – I said in your small way – can be Zlatan. You are all Zlatan and I am all of you ”.

BUGO – Not even on the fifth evening of Sanremo 2021, Bugo manages to win the much-desired revenge after last year's exclusion and the long-distance disputes with Morgan. There is no redemption, neither is the triumph and the feeling is that it was a missed opportunity.

FIORELLO and AMADEUS – Nobody knows how to hold the stage like him and in this Festival he has shown that he is a true showman. A Sanremo without an audience seemed an impossible feat, but thanks to Rosario, Amadeus succeeded in the feat. The friendship and understanding between the two remains the great strength of the event. Fiorello improvises, covers the silences and even jokes on the empty audience, the conductor goes after him and makes no mistake.

Barbara Catucci
8509 posts
Previous Post
March 8: because Women's Day is celebrated with a mimosa
Next Post
Diet, the best of the week from 1 to 7 March