Sanremo 2021, the worst and the best of the Festival 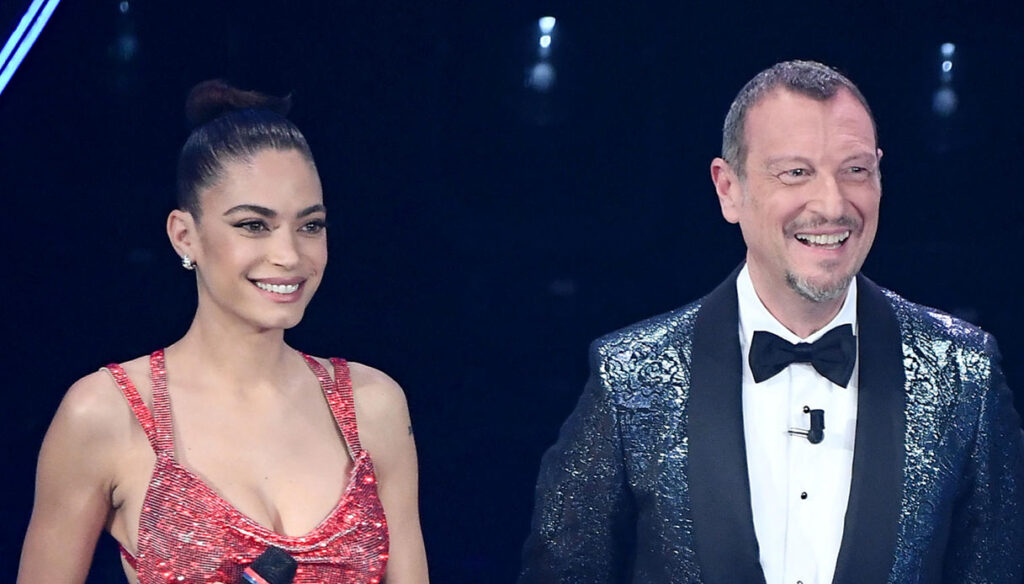 The 71st edition of the Sanremo Festival has ended, and it's time to take stock of the best and worst moments that marked it.

Each edition of the Sanremo Festival marks, in some way, the history of Italian television and the one that has just ended has done so even more significantly than in the past. The story that enveloped her was, unfortunately, characterized by the anti Covid measures that deprived the Ariston of the public, a fundamental engine for the creation of pathos within every show, and forced the city of Sanremo into a void without previous.

The music, however, has not ceased to shine and to be the undisputed star of the event, which saw the presence of twenty-six singers competing under the sparkling and decidedly capable Amadeus guide. At his side, Fiorello, who brought the right wave of irony that we all needed. Retracing the ranks that have characterized this 71st and difficult edition of the Italian Song Festival, it is possible to sum up the best and worst (often unexpected) moments that came to life on the stage of the Ariston.

Check out the report cards of the fifth evening.

MANESKIN – More than deserved victory for the Roman band. They brought transgression, irreverence and talent to a stage that until a decade ago would not have admitted violations of its institutionality. Damiano, Victoria, Ethan and Thomas have grown up (and quite a lot), and have shown it without filters or contradictions to their nature. To crown it all, the reaction to the announcement of victory, which probably not even they expected. Their emotion, the embrace with the runners-up (Fedez and Francesca Michielin) was a sinking heart. Well done!

ACHILLE LAURO – If the first few evenings his paintings divided the critics, the recovery was great. His presence as a regular guest, who recalled the method used last year with Tiziano Ferro, was unquestionably convincing. Each evening has amazed without ever boring, continuing to reinvent itself with talent and mastery. If you think of his debut in Sanremo, which took place in 2019 with Rolls Royce, one senses the elevation of Achille Lauro as a great artist of Italian music. Chapeau!

MAHMOOD – An honorable mention also goes to one of the best guests that the Festival has ever welcomed, Mahmood. It is incredible to think that the singer only achieved fame two years ago, when he triumphed with Soldi, given the artistic depth, vocal ability and stage presence with which he took over the stage. He proved to possess the caliber of an international guest, with a long artistic career behind him, Magnetic.

ELODIE – Another real surprise of this 71st edition was Elodie. Her meadley has been around the web, conquering it, and there are many who have defined her as the Italian Jennifer Lopez. The comparison holds, both for talent and for beauty (out of the ordinary). Also noteworthy is the duet with Fiorello on the notes of Vattene amore, in which the singer was able to wear the role of Mietta (certainly not easy, given the great vocal talent of the Apulian interpreter) without any difficulty. Keep it up!

IBRAHIMOVIC – Although he recovered in the last, during the final, with the exciting monologue on failure, his participation in the previous evenings remains somewhat questionable. Flabby and not well defined stage presence, as well as his role. Too bad, more could have been done.

AIELLO – His Hour, unfortunately, did not convince. Not so much for the song, which is catchy in itself, but for the forced and overly nervous interpretation. Of course, stage anxiety can play tricks, but its performances have sometimes proved uncertain and sometimes excessive, excessive.

CLOSING TIME – Last year there were many controversies regarding the closing time, which were repeated again this year. Except for the fourth evening, in which Amadeus managed to recover forty minutes (not without spreading panic after the spread of the lineup, which marked 2.39 as the end time), this edition also saw the episodes end no earlier than 1.30, unlike other vintages in which the average closing was around midnight and a half.

Barbara Catucci
8011 posts
Previous Post
Sanremo 2021, no tribute to Stefano D'Orazio: the Poohs are furious
Next Post
Strip the news, after Greggio-Iacchetti comes the couple Scotti-Manzini