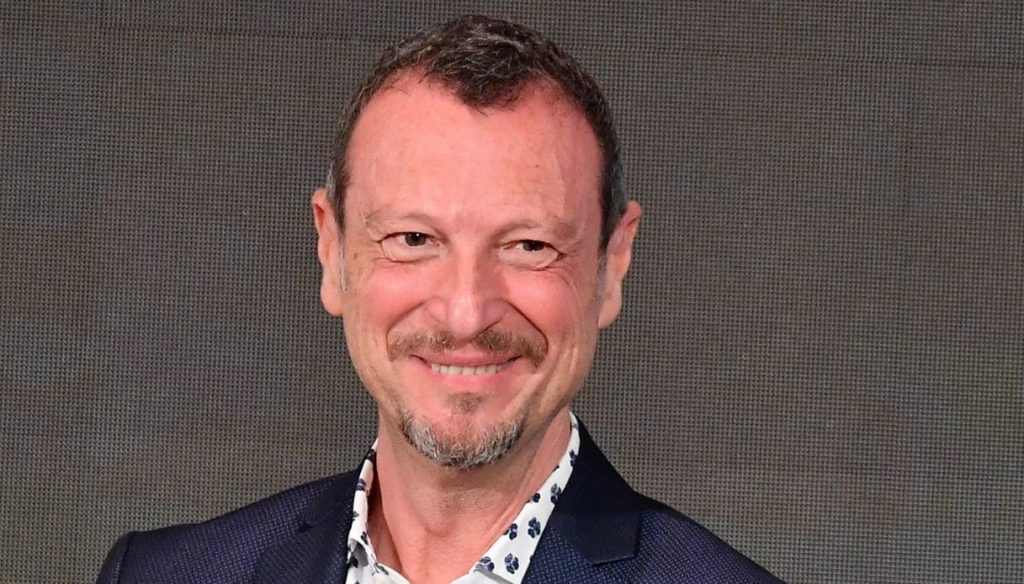 The names of the artists who will compete during the 71st edition of the Sanremo festival, scheduled for March 2021, have been announced

Amadeus has announced the names of the artists who will take the stage of the next edition of the Sanremo Festival. There will be 26 Big players in the competition while the New Proposals amount to eight: this is how the most awaited appointment of the Italian song begins.

The artistic director and conductor Amadeus has announced the names of all the artists who will perform on the prestigious Ariston stage, singers who can intercept the most diverse tastes. There is no shortage of well-known faces of the event but also several news. The Sanremo Festival will be staged from 2 to 6 March 2021 and this will be the 71st edition of the singing festival that has always stood out for being one of the most loved, commented and followed television and music events of the year.

Here are all the names of the artists in the competition listed in alphabetical order.

Annalisa also returns for the 2021 edition of Sanremo, this time with the song Ten, the singer took part in four editions of the Festival as a competitor.

Another singer who made people dream on the Ariston stage is Arisa: she returns in 2021 with You could have done more, she has already won twice: between the young and the big names.

There is talk of a return also citing Malika Ayane who will present herself with the song You like yourself, the singer has already made four festivals.

The song with which Orietta Berti will compete is called When you fell in love: for her it is the 12 Festival.

But yes it is the song with which Bugo will compete, this time alone. Last year he took part in the Festival with Morgan.

Colapesce and Dimartino, Sicilian singer-songwriters, who have released an album together, present themselves for the first time in Sanremo with Musica Leggissima.

Flames in the eyes is the title of the song that Coma_Cose will bring to the Ariston stage: a couple in life and work, they are part of the indie scene.

Gio Evan, born in 1988, writer, poet and songwriter born Giovanni Giancaspro will present himself with Arnica.

Extraliscio together with Davide Toffolo, of the Tre Allegri Ragazzi Morti, will go on stage in this original formation with the song Bianca luce nera.

He was liked in the last edition of Sanremo Giovani and now he goes on stage as Big: we are talking about the rapper Fasma who will present himself with Parlami.

Santa Marinella is the title of the song with which Fulminacci will compete: Roman indie singer born in 1997, he won the Tenco plaque as the first work for the album La vita vero.

Gaia Gozzi will bring Cuore Amaro. The young woman is back from the victory in the last edition of Amici.

He had already been to Sanremo two years ago: Ghemon, rapper will bring the song Perfect Moment to the Sanremo 2021 stage.

The genesis of your color is the title of the song that Irama will sing, even for him this is not the first appearance in Sanremo. He also has the victory at Amici 2018.

It's called Amare, the song with Veronica Lucchesi and guitarist Dario Mangiaracina making their debut as competing artists, who in art call themselves The representative of Lista. They had already taken the stage last year as guests on duet night.

Combat pop is the song that will see Lo Stato Sociale return to Sanremo, ranking second in the 2018 edition with A life on vacation.

Madame will bring Voce: born in 2002, 18 years old, originally from the province of Vicenza, she is an artist of the rap scene. At the registry office Francesca Galeano.

The band achieved success thanks to X Factor in 2017 (where it was ranked second) and is now ready to take the stage of the Sanremo Festival: the Maneskin will compete with the song Zitti e buona.

It is called A million things to tell you and it is the song with which Ermal Meta will take the stage of the Sanremo 2021 Festival. He had won the event in 2018 with You did nothing to me with Fabrizio Moro.

Max Gazzè is also back, with the song The Pharmacist. The singer-songwriter is 53 years old and has taken part in Sanremo five times.

If for Francesca Michielin this is not the first time in Sanremo, the same cannot be said for the rapper Fedez who takes the stage for the first time. The song in the competition is Call me by name. The two have already duetted in Magnifico in 2014.

Noemi also returns to the Festival with the song Glicine. For her it is the sixth time in the race.

Never say never (La Locura) is the title of the song with which Willie Peyote will compete, born in 1985, Guglielmo Bruno is a rapper with a series of albums to his credit.

Emanuele Casu, aka Random is a rapper and will be competing in Sanremo with the song Torno a te. He is 19 years old.

Francesco Renga returns with When I find you: in his curriculum there are seven participations in the event and one victory with Angelo (2005).

Eight new proposals will be presented on the stage of the 71st edition of the Sanremo Festival, which will be broadcast from 2 to 6 March 2021. Two winners from Sanremo Area, six from Sanremo Giovani. It is Simone Avincola born in 1987 with the song Goal. He had already taken part in Sanremo Giovani. Dellai, winners of Ama Sanremo, twin brothers spent with Io sono Luca. Elena Faggi, winner of Ama Sanremo class of 2002, also took part in Italia's Got Talent in 2017, she presented Che ne so. Folcast (Daniele Folcarelli) from 1992, a good resume for him too: he sang Discover yourself. Luca Gaudiano from 1991 with the song Polvere da sparo, has already released a digital single. Wrongonyou (Marco Zitelli) born in 1990 already has a good curriculum in the world of music and presented himself with Lessons in flight. Davide Shorty 1989, who has already been a competitor of X Factor and has various work experiences to his credit, proposed the song Regina. And finally Greta Zuccoli with the song Everything knows about you, also for her active important collaborations.