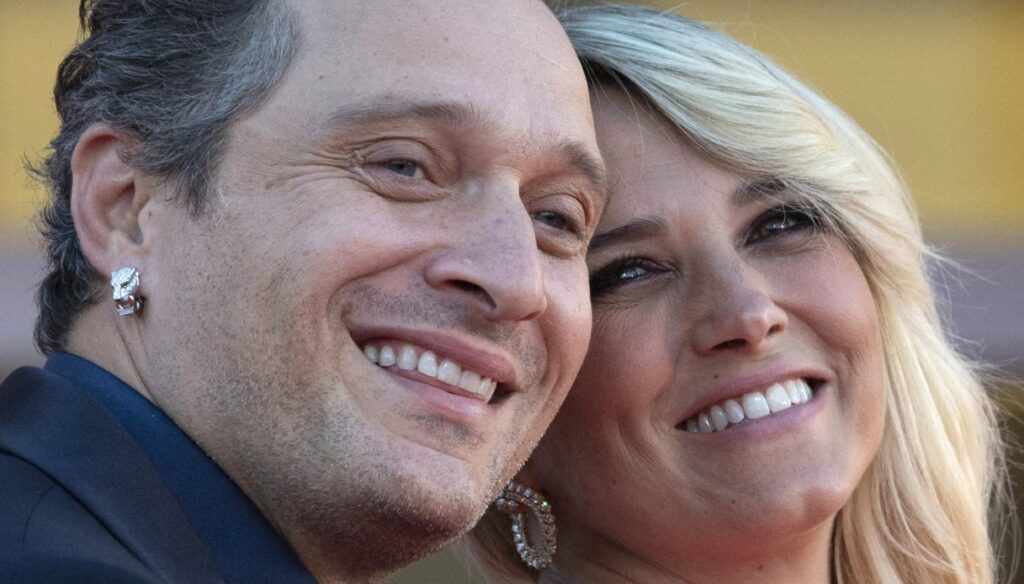 The actor talked about his love affair with the journalist, which profoundly changed him and opened his eyes

Claudio Santamaria has accustomed us to his shy, grumpy, introverted characters. All with a heart of gold and all who somehow gave us the idea that there was a bit of him in that giant with good eyes.

And in fact, reading the interview that the actor gave to Corriere della Sera, this thought is confirmed. Among the most beloved performers of our cinema, Santamaria is experiencing a golden moment, both professional and personal. And if lately we see him laughing so often, the merit is above all of love: with Francesca Barra he found his dimension, that state of mind that leads you to be more open to the world and less cynical.

Claudio Santamaria, the words of love for Francesca Barra

“I met my person, Francesca, who is also the one to whom I confessed my family tragedies. With her I understood what it means to take care of the other, what the soul meets the soul and what it is like to share a true intimacy. My way of being in the world and working has changed ”, confessed Santamaria.

Until now, in fact, he had never exposed himself, never declared anything about his private life. And he had never married, despite already having a 14-year-old daughter. “When I was little I lived in five in one room. Then, when I left the house, I wanted to experience every day the beauty of when everyone is away and you are finally alone. Now, I have gone from extreme solitude to a house where even a train can pass, but you only feel joy, love and happiness. I was very closed and now I’m very open, ”he admitted.

Claudio Santamaria and Francesca Barra, the joy of becoming parents together

For the couple it is a very important moment: after sharing many moments together with each other’s children, now the time has come to further enlarge the family and to have a baby girl together.

As announced to Verissimo she will be a sissy and they couldn’t be happier. “It was wanted, sought after. And finally there is “.

The child is the result of a deep love, made of awareness, but also of a pinch of madness, as demonstrated by the wedding celebrated in Las Vegas and never denied: “It was nice to decide to buy the wedding rings and a moment later to say yes. When she was 12 and I was 16, in Basilicata, she danced her first slow dance with me. Every now and then, I saw her in Rome and said: let’s meet, but I didn’t have the courage to ask her for her number. I who have never seen myself beautiful, I saw her too beautiful for me. I found it again after a long time and I opened my eyes to something deeply familiar, as well as astonishingly beautiful “.

Barbara Catucci
11932 posts
Previous Post
From Cher to Rita Ora, a shower of stars in the new Pirelli 2022 Calendar
Next Post
Covid-19 and stress, how important is the community’s response