Sarah Felberbaum, what Livia of the Young Montalbano does today 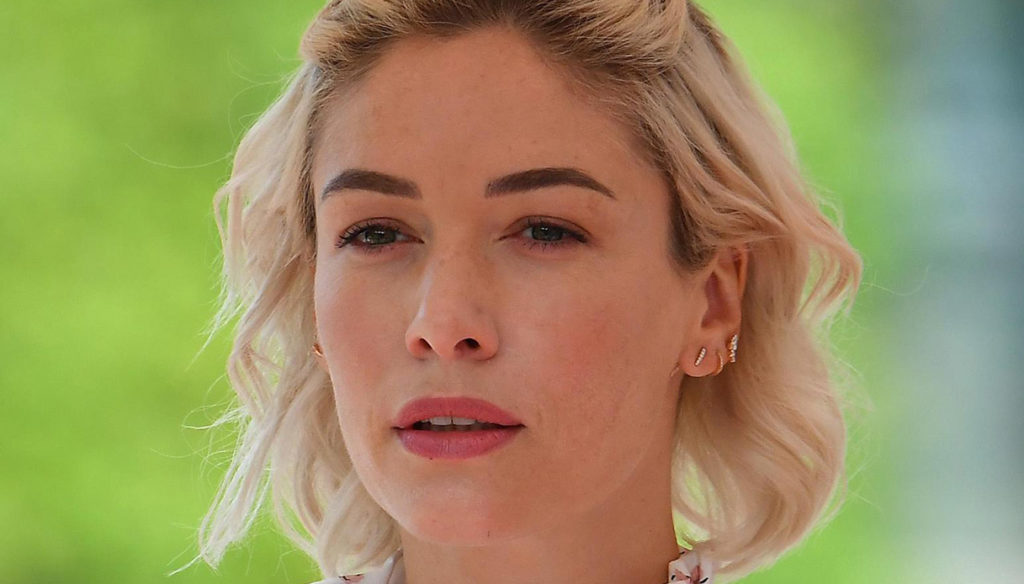 Daniele De Rossi's wife and mother of two children, she recently returned to Italy after a period in Argentina

Born in London on March 22, 1980, Sarah Felberbaum made her debut at a very young age in the world of showbiz. Just fifteen she started working as a model. Daughter of an English mother and a Jewish father raised in New York, she has appeared in several advertising campaigns. Among the most important stages of his career it is possible to mention 2000, the year in which he began to conduct the Top of the Pops program.

In 2001, however, she made her debut as an actress in the TV movie Via Zanardi, 33. Felberbaum also worked in the cinema. The first film was Cardiofitness, a film by Fabio Tagliavia released in 2007. The last effort on the big screen is Non sono un Assassino, a film directed by Andrea Zaccariello and experience that allowed her to share the set with Alessio Boni, who became dad for the first time a few months ago.

Returning for a moment to his work in the world of fiction, it is impossible not to call into question the role of Livia in the sitcom Il Giovane Montalbano. Felberbaum, who also starred in four episodes of the I Medici series, played the role of the great love of the most famous Commissioner in Italy, played in this case by Michele Riondino, from 2012 to 2015.

What are you doing today? Wife of former Roma captain Daniele De Rossi and mother of two children (Olivia Rose and Noah, born respectively in 2014 and 2016), after a period spent in Argentina due to De Rossi's contract with Boca Juniors, little returned to live in Italy with his family.

Recently interviewed by TV Sorrisi & Canzoni, she commented with irony on the goal of the 'anta' claiming that she still feels like a young girl. Always talking about this important birthday, she confessed that she is happy with the woman she is today, that she has no intention of thinking about what she has not achieved and that she is proud of her goals.

As for the work, paused for a while, he said he wanted to take it back. Felberbaum – who published a novel titled Baby Vogue in 2004 – said she was engaged in several auditions and had a couple of projects in the pipeline. We conclude by pointing out that Daniele De Rossi's wife is present on Instagram with a profile followed by over 259 thousand people and that he is cofounder of Undiciventi, a brand of hats, headbands, headbands and other hair accessories.