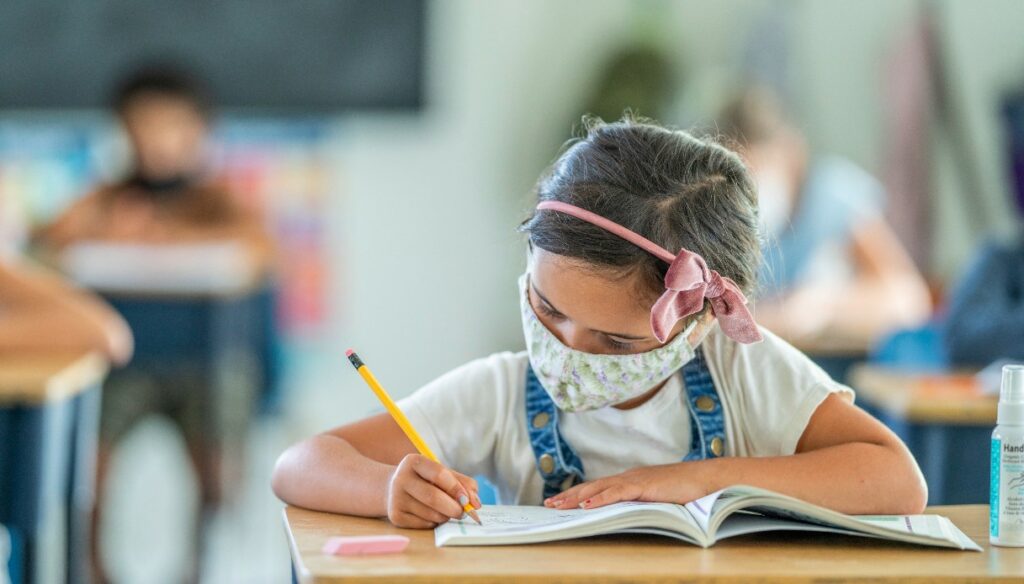 The much feared beginning of the lessons did not have the negative effect that was expected on the numbers of infections. This is good news, considering the comparison with the same period last year, in which in October we were already discussing which regions to return to the red zone.

Thanks to the vaccines, which have reduced the spread of the virus and above all the incidence on hospitalizations. For this reason, the government is thinking of easing the measures affecting schools and the protocol adopted so far when a positive case occurs in a class.

The idea is to go “towards a containment of the quarantine for those who are vaccinated”, as the Minister of Education Patrizio Bianchi made known, who anticipated the main points of the new directives that could soon become effective.

The goal is to limit the use of distance learning to a minimum and to do so it was decided to ease the pressure in the case of students found positive. At the moment, when a positive case is detected, the whole class ends up in quarantine (10 days for the unvaccinated and 7 for the vaccinated, at least for pupils aged 12 and over). To return to the classroom it is necessary to repeat the swab after quarantine. It is the ASL, however, that have in hand the management of everything and this has caused a series of imbalances between the Regions.

The proposal, the new protocol for schools

The new rules assume that the vaccine is able to limit the spread of the virus and that therefore the definition of “close contact” can be changed. In the case of a positive student, therefore, the face-to-face lessons would not be interrupted thanks to a “targeted use of tampons that can allow, precisely due to the specific nature of the contact, to allow face-to-face teaching”. This means that all students in the class where a Covid case has been detected will be swabbed, which will be repeated again five days later.

If a second positive is found, the unvaccinated pupils will go to DAD, while those already vaccinated will be able to continue in the classroom. Only if the number of positives reaches three will the quarantine for the whole class be triggered.

For pupils under 12, the rules are different, and quarantine is provided for all only when two positives are identified in the classroom. In kindergartens and nurseries, however, the quarantine would start immediately.

When will the new rules come into effect

At the moment it is only a proposal, presented by the Ministry of Education and the Istituto Superiore di Sanità. The document is being examined by the Regions, which should give their approval next week.

In principle, however, these will be the approved rules, considering that for months school leaders and trade unions have been asking for univocal information (and not delegated to the individual ASL) to reduce the time of quarantine. Therefore, by the end of October, the new protocol should already be operational.