School, the protocol against contagions arrives between the desks 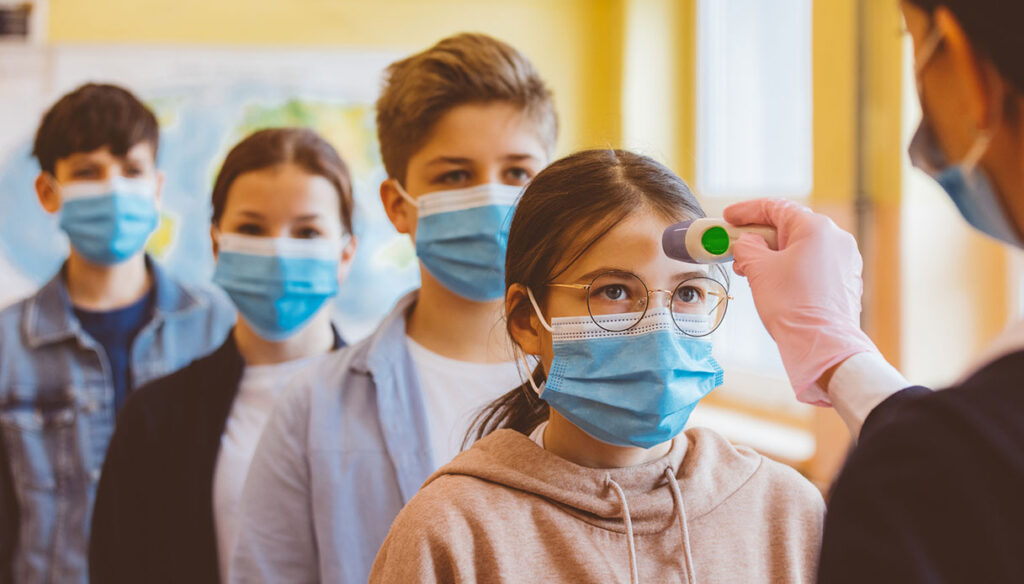 New rules on distances and re-entry into the classroom are foreseen in a ministerial indication that will soon become operational: what it provides

A single, universal protocol for all schools in every part of Italy. To return to the classroom and reduce the chances of contagion as much as possible by limiting any form of contact to a minimum, at least within the institutions. This is what was discussed within the government: the goal is to have unambiguous guidelines in the event of infections in schools, to act promptly and safely.

Education is certainly one of the topics that has been debated the most in the last year, penalized by distance learning and which, in a chain, has influenced the executive's choices also on other aspects of common life. Because, as the Prime Minister Mario Draghi himself pointed out, what worries about open schools is the whole domino effect that depends on it, from the contacts between the children once out of the classrooms to the transports that risk becoming once again the privileged vehicle for the spread of the virus.

Going on for a long time with online lessons, however, is no longer sustainable, neither for children nor for families nor for the State which is forced to allocate more and new funds. We need to find a way out, waiting for the vaccination plan to be completed, making everything easier.

Thus, precisely on the day when kindergarten, elementary and middle school children return to class, the ministerial indications to be disseminated to school leaders throughout Italy are being discussed, a set of rules that put an end to the recurrent uncertainties and discrepancies that arise from different indications of the local health authorities (with rules that often change even in the same city). The departments of Health and Education are working on the measure: as soon as it is signed and sent to the regional school offices, the directive will then be sent to educational institutions and will immediately become operational.

What does the protocol provide for schools

If the rules on the distances to be kept during the lessons are now clear enough, the same cannot be said for the other moments of the day when the pupils are at school. The provision in the process of being approved prohibits children from any occasion in which gatherings can be created. You will not be able to stop in front of the vending machines for food and drinks (which will be deactivated if necessary), you will not be able to meet outside the classrooms, in courtyards or corridors.

It will be up to the school managers to ensure compliance with the rules and ensure that the only moment of aggregation among the children is in the classroom.

What happens if a pupil is positive

One of the most confusing aspects concerns the protocol to be followed when a student is positive and the new rules will try to answer the many questions that everyone has answered so far following different principles.

The rules will define once and for all the duration of his quarantine, that of the class, the necessary and sufficient periods to swab, the eventuality and timing of the Dad for the student if the contagion continues, the counting and justification of absences. And all the ways of interaction between school, family and local health authorities.

Lorenzo Gavazzi
2545 posts
Previous Post
Barbara D’Urso could give up on Domenica Live: Isoardi's name appears
Next Post
Le Iene, Noemi: "I was bullied for the weight"