Sean Connery, who is his wife Micheline Roquebrune: the actor's great love 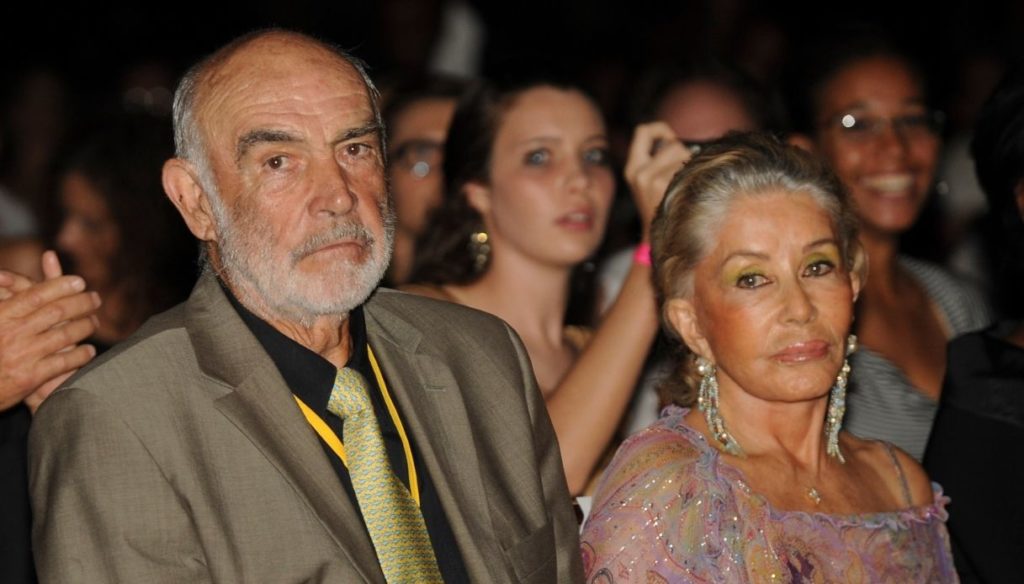 2020 does not stop giving unpleasant surprises and continues taking away one of the most iconic Hollywood presences: Sean Connery has died.

The actor, legendary James Bond in 007, had turned 90 years old in August and in his long life he married twice: first in 1962 with Diane Cilento, a beautiful Austrian actress who gave birth to her first son Jason in 1963, then in 1975 with Micheline Roquebrune.

Micheline, one year older than Sean Connery, is a painter. In a long interview released in the 1980s, Micheline herself tells how she met the actor: the two met for the first time in 1970 at the Mohammedia golf club in Morocco, and within 24 hours they both met overwhelmed by passion, after a few days from the Moroccan adventure they will return separated to their everyday life. Sean Connery was still married to his first wife at the time.

A second meeting will follow between the two, this time in Spain in Marbella in the villa of the charming Sean Connery, he will in fact be looking for Micheline once again to invite her into what will later become the prelude to a love story destined to last in the years.

Micheline grew up between Tunisia and Morocco, has French and Moroccan origins. At 23 he fell in love with painting by visiting a Parisian art gallery. Specializing mainly in portraits of people, Micheline is passionate about the oil technique, her works have been exhibited in various museums including the National Museum of Women in the Arts in Washington DC and the Alliance Français in Chicago.

Not everyone knows that Micheline is also a skilled golfer and has also won some golf tournaments over the years. In the photos next to Sean Connery you can see her diminutive appearance: the painter is 1 meter and 56 cm tall, while Sean Connery is close to one meter and ninety.

Micheline Roquebrune has three children from two previous marriages, with Sean Connery she had no heirs but shared a long love story, which began with a fatal and clandestine meeting and then became official with the marriage which took place in 1975. The two have always been very attentive to their privacy, preserved even more since 2008, the year in which Sean Connery officially retired from the scene.

Barbara Catucci
6608 posts
Previous Post
Afraid of the doctor? So you can help your child defeat it
Next Post
Sean Connery is dead, goodbye to the actor who made James Bond a legend