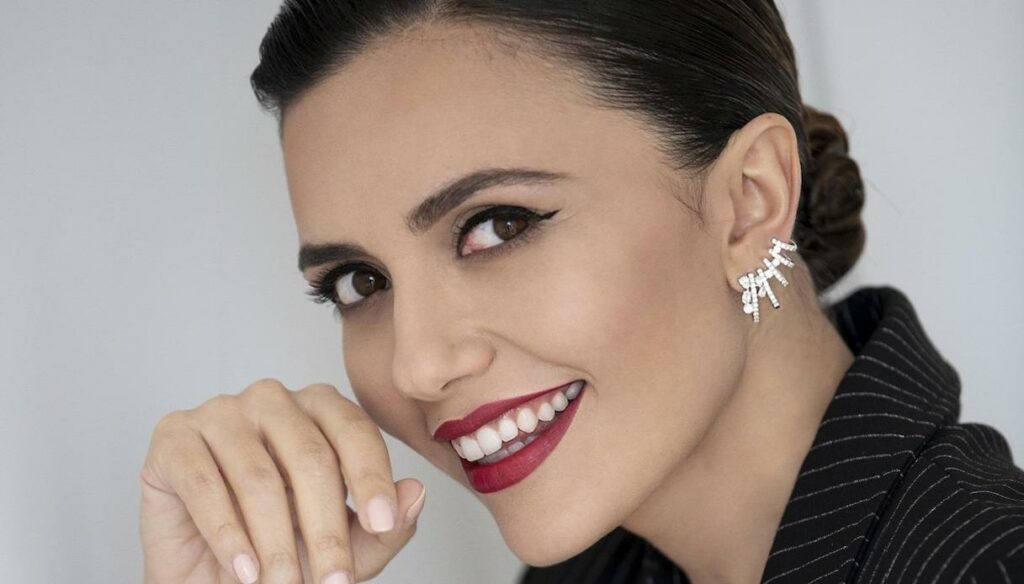 Serena Rossi staged the first episode of "Secret Song", and it is a real success

The moment has finally come for Serena Rossi to debut the conduct of Canzone Segreta, her new show broadcast on Rai1. During the first episode, many guests among the most loved by the public followed one another on the stage, and it was a real riot of emotions.

We have been waiting for this appointment for a long time, with a truly spectacular actress at the helm. Serena Rossi, fresh from the incredible success of the fiction Mina Settembre, has landed again on the small screen, this time as a presenter. His program, borrowed from a French show that has received much acclaim at home, immediately conquered viewers: the guests, who alternated in the white armchair in the center of the studio, experienced splendid memories and magnificent emotions listening to their song of the heart.

Tears of emotion characterized this first episode, which saw Serena Rossi undisputed queen of the scene. Beautiful as always, the presenter wore a delightful dress by Etrò for the occasion, in shades of black and emerald green, with a bodice full of sequins and a dizzying slit. The make up, an elegant smokey eyes, and the precious earrings completed her amazing look.

The first guest to kick off the episode was Luca Argentero, who received a touching surprise from his partner Cristina Marino and some of his closest friends. Stefano Fresi, with whom he has had a close private and professional relationship for years, sang for him the beautiful song Sexy Tango, by Fabio Concato, accompanying himself on the piano. The song is not only a very sweet memory for Argentero, but it is also a tender reminder of his little Nina, whose name is mentioned in the refrain.

Marino intervened later, giving her partner a delicious dance on the stage of Canzone Segreta. After the great emotion experienced, Luca told of the first meeting between him and Cristina: “It was in Santo Domingo, where I was not doing low-level tourism, we were shooting the same film. The song he danced is the one we danced together on the first night "- revealed the actor.

Later, it was Marco Tardelli's turn: for him too the emotion took over, so much so that he could not hold back a few tears. Her partner Myrta Merlino gave her a beautiful gift together with Sara, the eldest daughter of the former football player born of his first marriage. Serena Rossi herself was deeply moved, in front of Tardelli's moved gaze.

Virginia Raffaele, Carlo Conti, Cesare Bocci, Veronica Pivetti and Franca Leosini took turns in the white armchair. And even for them, the surprises were not long in coming.

Barbara Catucci
11961 posts
Previous Post
Guendalina Tavassi separates from her husband, but specifies: "We love each other"
Next Post
Casillas and Carbonero announce the separation: "Today we take different paths"