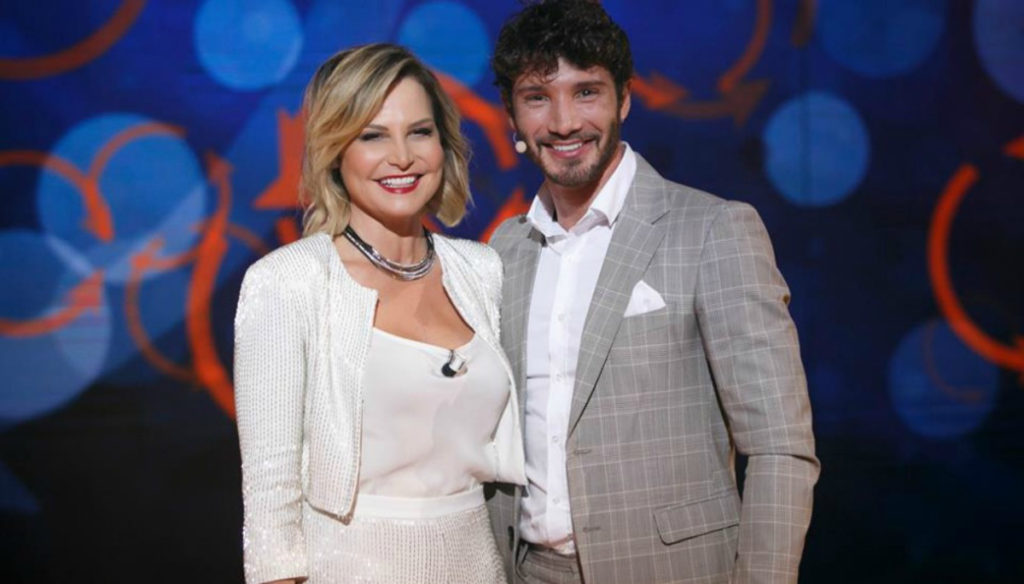 "Selfie", the program led by Simona Ventura, has now reached the last episode and Gemma Galgani and Alessia Macari are back to show their transformation

"Selfie – Things change" returns to Channel 5 on December 28, 2016. The episode conducted by Simona Ventura should have been broadcast last Monday, but has been moved a few days to make room for Christmas programming. Even this evening the mentors challenged each other to decide who was the best, but they were also moved by listening to the stories of the people who asked "Selfie" for help. In particular, a very strong relationship was created between Mariano Di Vaio and Stefano De Martino, of which the fashion blogger spoke in a video, claiming to have become attached to the ex of Belen Rodriguez and to find that he is really a beautiful person and a great man.

Great return of Gemma Galgani, who once again infuriated Tina Cipollari. The Throne of Over Thrones of Men and Women returned to Selfie after Alessandra Celentano last week proposed to help her correct her teeth problem. After undergoing the care of the dentist, Dr. Puzzilli, Gemma Galgani found an amazing smile and showed her change in the studio. As always, the lady in the program of Maria De Filippi clashed with Tina Cipollari, between accusations of falsehoods and attacks.

An open clash also between Katia Ricciarelli and the marquise Daniela Del Secco D’Aragona, accused by the singer of not being a lady and style teacher as she would have us believe. Tina Cipollari and the marquise were in fact filmed secretly while commenting on the beauty of one of the surgeons, making amused comments and stating that they would have "willingly put their hands on" by the disturbing doctor.

Even this evening there were many stories that moved the judges and mentors. Paola Caruso burst into tears in front of the story of a boy who, after an accident, remained in a wheelchair and suffered because of the bedsores that appeared as a result of the coma. Some time ago in fact the Bonas of "Avanti Un Altro" was paralyzed after a fall from a horse. Paola Caruso had been in a wheelchair, paralyzed, for six months, but then managed to recover. "I understand it," explained the soubrette in tears.

Lorenzo Gavazzi
2401 posts
Previous Post
Hypoprotein diet to lose weight and clean the kidneys
Next Post
How to get pregnant fast. Science says it