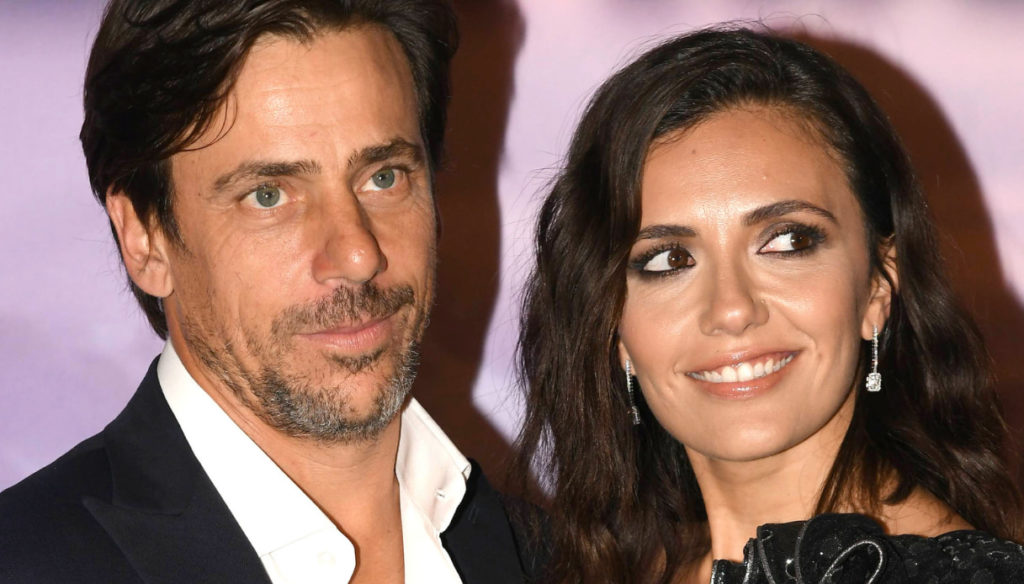 The marriage proposal to "Domenica In", "Un posto al sole" and her son Diego: Serena Rossi's love for Davide Devenuto

Actress, presenter and singer, Serena Rossi is all this and much more, especially for Davide Devenuto, great love of her life, met on the set of Un posto al sole, and her son Diego, the fruit of their bond. Always smiling, gorgeous and extraordinarily talented, Serena has conquered the public between successful films and TV series. Her latest challenge is Mina Settembre, a fiction in which she plays a doctor who works in a clinic in Naples, amidst difficult stories and mysteries to discover. Arriving on the small screen with the role of Carmen in Un posto al sole, Rossi has been able to carve out an ever wider space in the world of entertainment, revealing her countless talents. From Io sono Mia to Tale and Which Show, up to Rugantino at the theater: his trademark is skill and the desire to vary. Its fixed point? Davide Devenuto, Diego's father and companion in love.

The love story of Serena Rossi and Davide Devenuto kicks off thanks to Un posto al sole, but above all to a gaffe. It was committed by the actor who for sixteen years was Andrea Pergolesi in the fiction set in Naples. All the fault of a scene, set in a large square in the heart of the Neapolitan city. The script calls for Davide to steal a mask from a stall and run away, but something goes wrong. The companion who plays the shopkeeper screams so loud that no one notices the fiction, so a boy reaches Devenuto, hits him and retrieves the booty. Shortly after Davide tells what happened in the Rai studios. "I begin to tell everything to my colleagues, I say 'sti c * zzo di Neapolitani', 'I caught the only honest Neapolitan' – he recalled -. Among them was Serena – who didn't take it very well – but I was joking. My mother is from Naples and theirs is a culture I know and like ”. The actress gets angry with her colleague and the two have a small confrontation that gives rise to an interest. "He had had an unexpected event and I heard him rant against my city – she said -. I didn't take it well, but then I realized it was just a joke. We became friends".

There are thirteen years of difference between Davide and Serena, too many according to the actress, who decides to get to know her colleague better. "There has always been a bit of attraction", he will reveal years later, but the first date comes when Rossi chooses to leave Un posto al sole and the role of Carmen Catalano: "We flirted, we made jokes, but I had the my stories and she hers. At some point, however, something changed. It must be said that we started dating when Serena had already left the Upas cast. " They meet on a train, start talking, and shortly after are having dinner at a sushi restaurant. "He is a cultured, prepared, curious man – she will recall, revealing that she has taken the first step – (…) In the end it is always women who decide".

Serena Rossi and Davide Devenuto, the crisis, farewell and rebirth

A fairytale love, the one between Davide Devenuto and Serena Rossi, but which is not immune to stops, crises and doubts. At first both are convinced that it will not work, but some time later they are forced to change their minds, while the feeling grows and the bond becomes stronger and stronger. “After three months we were a couple, after four we moved in together,” explained Serena. But love is not perfect and it faces various obstacles. Both said they broke up several times. The longest break lasted a year, during which they realized they were made for each other. "A glance was enough, we said to each other:" I knew I would see you again "- she confirmed -. There I understood that he was the right one ”.

In 2016, Serena Rossi gave birth to little Diego, a symbol of love for Davide Devenuto. His father chooses the name, while his mother is over the moon: "He is here because his father and I love each other and this is already something immense". The arrival of the couple's first child has changed the balance, bringing great happiness. and new awareness. “Before we were thinking only of us – said Serena -, now we have a mission: to raise our child well and make him a responsible person. We also engage in reading pedagogical books. Davide is a fantastic father, very attentive, and I am not an anxious mother ”.

Serena Rossi and Davide Devenuto, the wedding proposal on TV

Very reserved, Serena and Davide have always lived their love story away from the spotlight. For this reason, the actor's wedding proposal, which arrived on live TV, was a real surprise. During an interview with Rossi on Domenica In, Devenuto had intervened by phone, displacing the actress and Mara Venier. "I wanted to know if I have to order an elegant dress for the wedding", had provoked the presenter, speaking of the possible marriage and triggering a proposal. “Okay, you organize everything Mara, Aunt Mara? – David replied -. It will take about a year ”. Incredulous Serena Rossi, who had commented: "But really?", Letting himself go to the emotion. “He asked her to marry him, guys,” Venier concluded. However, the marriage, after some time, was not celebrated. At least for now the actors prefer to devote themselves to other projects. Love is there and this is what counts. “For us it is as if we already were – confirmed Serena -. We bought a house together, we have a son, we have a marked path, we don't really feel the need. Relationships are created do not depend on fate. Ours is already a path forever. And then we have a lot of things to do, too many to think about getting married ".

Barbara Catucci
12179 posts
Previous Post
Kate Middleton goes back to work: the jacket is a fairy tale but the hairstyle is wrong
Next Post
School: who reopens and who doesn't Region by Region
You must be logged in to post a comment.
Menu