Without filters, Serena Rossi talks about her experience at the Venice Film Festival and reveals something about her private life 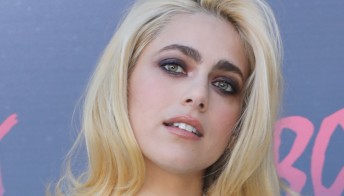 Just a few months ago she took on the role of godmother of the Venice Film Festival 2021, where she showed unparalleled elegance and a charm that captivated everyone: Serena Rossi is a well-rounded artist, but also a caring mother and an affectionate companion. And in his thoughts, now, there is precisely the desire to spend more time with the family.

Serena Rossi, the desire for another child

Supermom of little Diego, born from his relationship with Davide Devenuto, the splendid Serena never stopped. Her firstborn arrived when her career was taking off, and that could have clipped her wings. Instead he took up the gauntlet, managing to perfectly combine his working life with his private one. In a long interview with Corriere della Sera, he explained: “Many dissuaded me, but I never believed in this thing that a mother can no longer work. Of course, I’m privileged: if I had to breastfeed, they would take a break on the set ”.

Hers is a beautiful lesson, that of a mother who can – and must – resume her career (if she feels the need) even immediately after the birth of her baby. Serena Rossi has never regretted having done so, even if this meant having to make many sacrifices to never let little Diego feel her absence. Who, however, must have immediately understood that he is dealing with a very special mother. The actress, recalling the day of her birth, revealed a very sweet anecdote.

“I had a caesarean section one week after the term. It was great because I sang the Neapolitan repertoire all the time. At one point I announce: ‘And now my father and I would like to dedicate a song to this baby who is about to be born. You yes’ na thing great for ‘mme’. And then they tell me: ‘In 20 seconds the baby is out’. So I stopped: I remember David’s green eyes in mine, then nothing more ”. These tender memories, perhaps, could push her to relive such a great emotion once again. The idea of ​​giving a little brother or sister to Diego is getting wider in her: “She always asks me for it, but male! This thought moves me: I would not want to leave him alone. It is a hectic moment in my career, but I think we have sown so much that I can afford a break ”.

Serena Rossi, the experience at the Venice Film Festival

In fact, in recent years Serena Rossi has given her all. From the success of the fiction Mina Settembre, of which she is shooting the second season right now, to the beautiful film dedicated to Mia Martini, through the experience as godmother at the Venice Film Festival 2021. It is right here, on one of the most glittering in the world, which the actress gave us great emotions. For herself it was a whirlwind of incredible sensations, starting from the many encounters she was able to have on that occasion, like the one with Penelope Cruz.

“In my inaugural address, I talked about Afghan women and their children, and at dinner she said to me, ‘You could tell you were feeling it.’ I replied that I had spoken like a mother. She replied: ‘I listened to you like a mother’. We started to cry. She is one of my myths ”- said Serena. While on the gaffe with Jennifer Lopez he admitted: “I have the wrong time. I must have said three words to her, then Ben Affleck came and she pushed me aside. There is. When they kissed, I turned around because I was embarrassed to look at them “.