Sergio Sylvestre and the Italian Anthem interrupted: "I'll explain why" 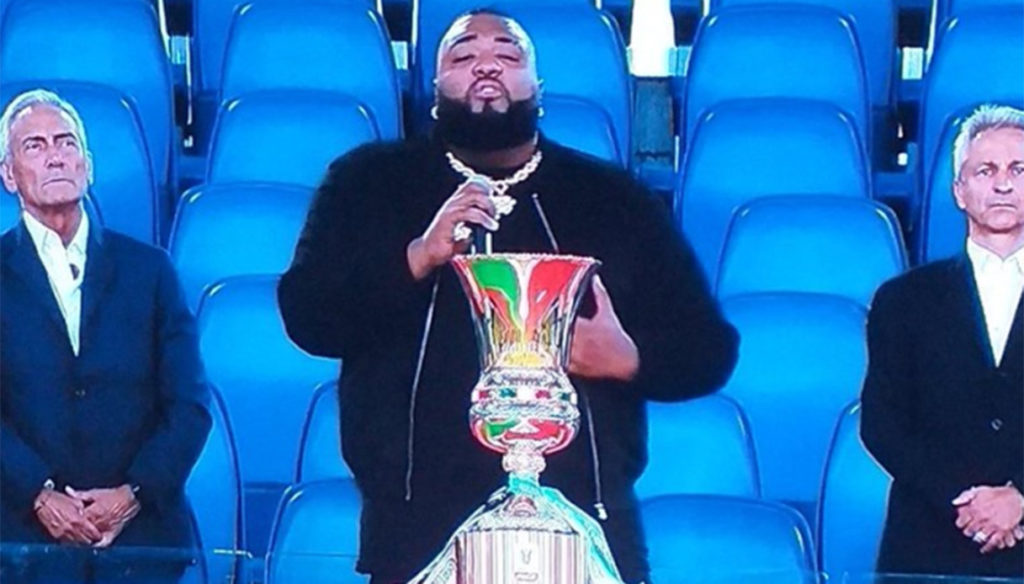 The Coppa Italia final, which took place on Wednesday 17 June 2020, and decreed the victory of Napoli, will be remembered, among other things, also and above all for a social controversy surrounding.

Open heaven: "He forgot the words", "Why make a foreigner sing the Hymn?". And again "Instead of remembering the text properly, he was above all concerned with raising his fist at the end, as an anti-racist claim". The world of the web has unleashed, the controversy has exploded and #sergiosylvestre has become trendy on Twitter.

The singer therefore wanted to personally explain, also on Instagram, the reason for the interruption of the performance. Due not to a forgetfulness, as to the strong emotion.

I just want to say that it was a very intense evening, I have never been so excited, not even to Amici or Sanremo, it was an incredible thing to see such an empty stadium and hear this echo so loud. So much so that I got stuck, because I felt a huge sadness inside me. I am a very sensitive person and these things, when I'm on stage, involve me a lot. At that moment I got stuck not because I forgot the words, but simply because of the emotion. To see an immense and so empty stage is a sin … Only this

Barbara Catucci
11945 posts
Previous Post
Letizia: details of the first meeting with Kate Middleton revealed
Next Post
Federica Sciarelli leaves Who has seen it: she clarifies