Shannen Doherty and stage 4 cancer: "I still have a lot of life inside of me" 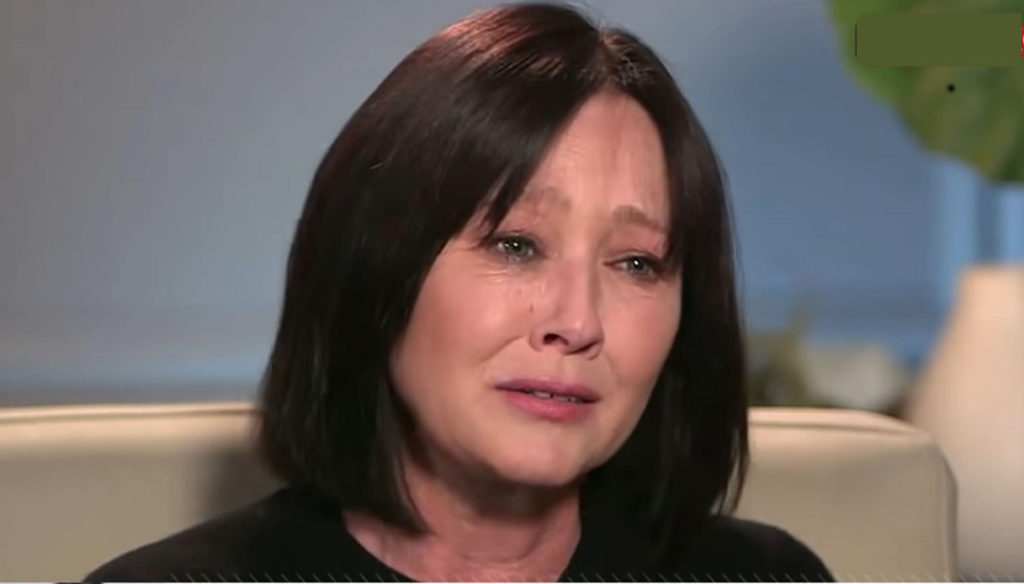 Shannen Doherty, who has been struggling with metastatic cancer for over a year, talks about herself in a long interview with Elle. From his difficult past, to the acceptance of the disease, to the many things he feels like doing

Shannen Doherty, unforgettable Brenda of Beverly Hills 90210, is a born fighter, a "fighter". That's what her great friend Luke Perry called her, Dylan in the show, when he talked about her battle against breast cancer first diagnosed in 2015. So know her closest friends, Brian Austin Green (David), Ian Zering ( Steve), Sarah Michelle Gellar.

Shannen has always been: since childhood, when a famous and successful actress since adolescence in Hollywood she had to fight against prejudices and a thousand gossip about her private life: "Intractable", "quarrelsome", "a real str .." and continued to do so as an adult, to root out the same prejudices. Then, from 2015, to face an even bigger monster: the breast cancer that struck her and from which she seemed to be cured after surgery and chemotherapy.

At the beginning of 2019 the cancer returned, in metastatic form. And Shannen organized a dinner with her closest friends and her oncologist to communicate it, so that they could ask the doctor any questions.

Her oncologist Piro told the group of friends that "treatment for metastatic breast cancer, which was once an automatic death sentence, has progressed in recent years, with patients living longer and having better quality. of life. Some survive for a decade or more ”. Doherty's treatment would have included hormone therapy to block the estrogen that fuel his cancer, as well as a second targeted drug that is often effective in stabilizing metastatic disease. If it didn't work, there were other combinations of drugs to try, but the conclusion was that Doherty would be on treatment for the rest of his life "

A year and a half later, the actress continues to do a thousand things, she feels full of desire to live and to start new projects, certainly not like a terminally ill person. She told herself in a long and beautiful interview on Elle Usa, where she opened her heart, talked about her past, present and future

I try to treasure all the little moments that most people don't see or take for granted ”. The little things are magnified for me. We have an infinite well within us, it's just a matter of continuing to dig deep to have the strength to face adversity and be able to see all the beauty.

Shannen's husband, photographer Kurtis Iswarienko, said in the interview: “I think people have a mental picture of stage IV cancer as someone sitting in a gray hospital gown, looking out a window on their bed. of death. But I don't see a cancer patient when I look at Shannen. I see the same woman I fell in love with. It looks healthy and vital ”.

However, the actress reckoned with the possibility of having little time available. For this he mentally cataloged his possessions and thought about which objects should go to whom. “I haven't sat down to write letters yet. It's something I have to do, "he says in the interview with Elle. “There are things I have to tell my mother. I want my husband to know what it means to me. "

Shannen adds that she also thought about creating video messages to watch after her death. “But whenever the time comes for me to do it, it feels so final. It looks like you're signing your death date and I don't want to sign, ”he says. “I feel like I'm a very, very healthy human being. It's hard to get it all done when you feel like you have to live at least another 10 or 15 years ”.

Meanwhile, Doherty is developing a number of projects, including a new TV show, and is looking for ways to use her public profile to help other metastatic breast cancer patients. “I'm not ready to leave yet. I have a lot of life in me ”. 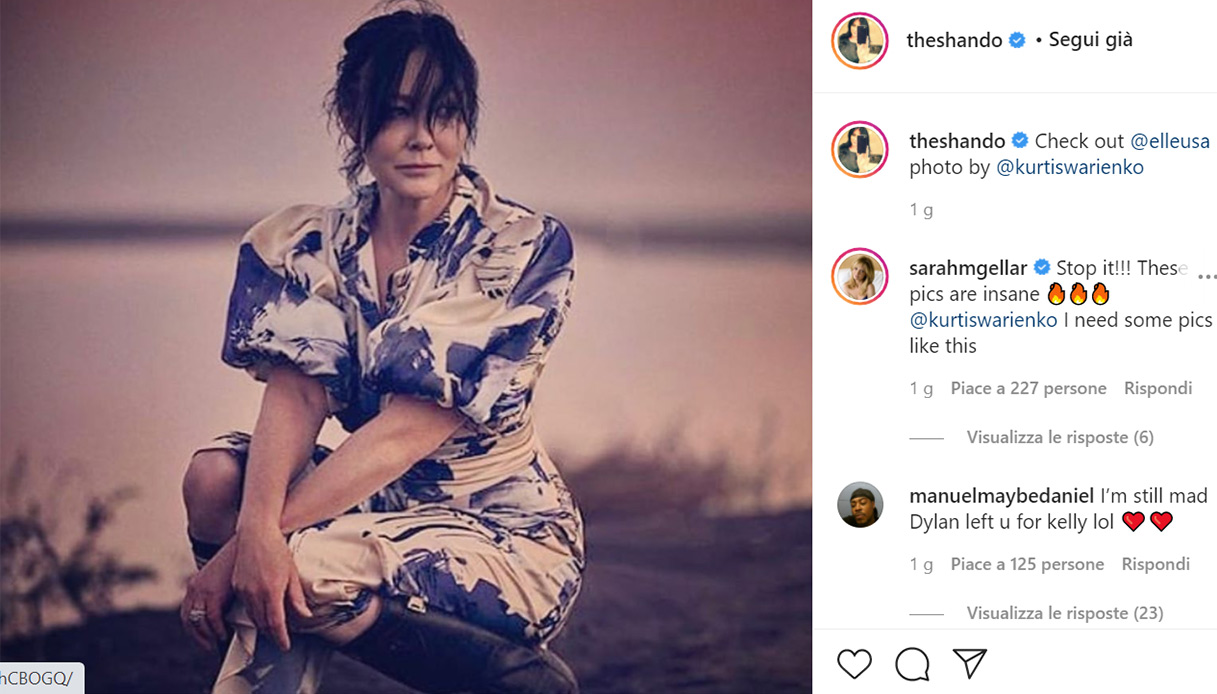 Barbara Catucci
5375 posts
Previous Post
Chiara Ferragni is pregnant: the announcement on Instagram and the emotion of Fedez
Next Post
Temptation Island 2020, the report cards of the third episode