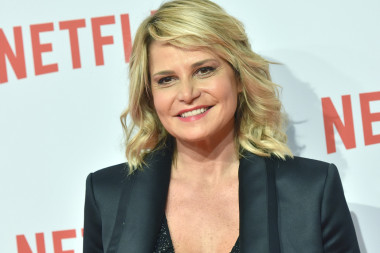 All the looks of Simona Ventura: from the beginning to today

Simona Ventura was a guest on "The Interview" program hosted by Maurizio Costanzo, recounting his private and professional life. The interview started with a video dedicated to the career of Simona Ventura, from the great hits on the flop of Agon Channel and Il contadino look for a wife, up to the experience lived on the Isola dei Famosi. Recalling falls and pains, Simona Ventura also came to talk about love. "Gerò Carraro is the man of my life – he revealed and, in response to Maurizio Costanzo, he explained – Mara Venier is my mother-in-law, but we have a relationship with friends".

Inevitable also the comment on Stefano Bettarini and their love story, marked by betrayal and lies. "I betrayed him once in eight years. He betrayed me many times – Ventura revealed – I always forgave him, I pretended not to notice, but I knew everything. Besides, he didn't begrudge me of betraying me with women who were part of my world. When I betrayed him I realized that our marriage was over. Before I pretended not to see. I didn't want to believe it. "

Simona Ventura also spoke of Stefano Bettarini's statements to Big Brother Vip. "He can't go on in life – explained the presenter – but after 12 years he finally understood why I wanted to separate. At the time I was crucified ".

Apparently also the companion of Simona Ventura, Gerò Carraro, does not have an excellent relationship with Stefano Bettarini due to his statements about the family of the presenter and of the companion: "It is not an easy situation between me, Gerò, Mara and his father and he wanted to interfere – said Ventura – Gerò got angry and canceled himself from Twitter ”.

"Because after a long time he still talks about you. It almost seems like he's still tied to you, "Maurizio Costanzo asked. "I don't think he is still in love with me – explained Simona Ventura – he had so many women", while the question from the presenter about how Stefano Bettarini took the beginning of the love story with Gerò Carraro, Ventura's laugh explained all.

To make Simona Ventura cry at the end were the children: Niccolò, Giacomo and Caterina. "He's been with me since he was a month and a half. It was a gift at that moment ". The child, as told by Ventura, is the daughter of a close relative, who had decided to have her adopted. The girl was in a family home when Simona chose to adopt her.

Finally the quarrel with Mara Venier, with whom Ventura had not spoken for some time. "We have always had a wonderful relationship. When I started with Gerò he supported me a lot – Simona explained – we were friends and we fought so much because of some lies that a third person told Mara. He no longer answered me on the phone and for many months we didn't talk to each other ”.

The two came closer when Mara Venier's mother died. "I called her and we met again, but then I went to her house and Nicola Carraro's, but I didn't know that I would do the Selfie program with Maria De Filippi – he said – from that day on she never wanted to talk to me again ".