Simona Ventura, the comment to Sanremo 2021: "It will remain in history for the heart and soul" 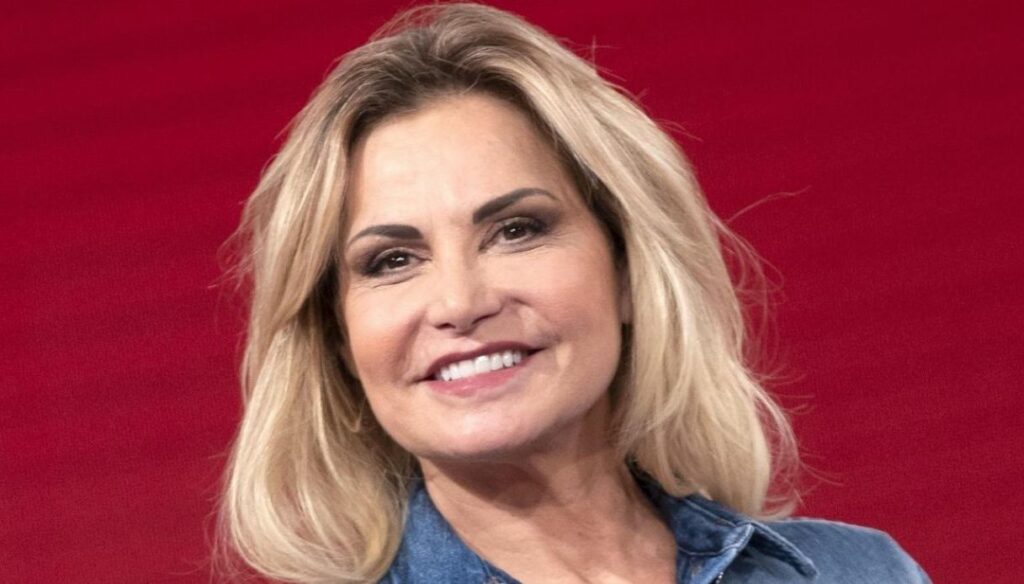 The presenter, due to the positive buffer, was not at the final evening of the event, but she told her point of view on Instagram

It was supposed to be at the Sanremo 2021 Festival on the occasion of the final evening of Saturday 6 March, Simona Ventura in fact had been announced as one of the co – hosts of the episode.

A long-awaited participation, then faded due to the positive swab at Covid – 19. It was the artistic director and conductor of the 71st edition of the singing festival who explained, during the daily press conference, that Ventura could not have been present. Then, the following day, the presenter had told her followers by sharing a short video on Instagram in which she first addressed a thought to Amadeus and Fiorello and then launched an appeal to all her fans, reiterating the need not to let one's guard down. .

And if Simona Ventura could not physically be on the Ariston stage, however, she followed the singing competition and in a long post on Instagram she revealed her thoughts accompanied by several images in which you can see some of the protagonists of this edition of the event singing. From the Maneskin, winners of the 71st edition (or – to put it like Amadeus of the 70 + 1), the embrace between the conductor and Fiorello, to the second Festival that saw them work together and successfully. And then again Francesca Michielin and Fedez, Orietta Berti and Zlatan Ibrahimovic.

To all these images the presenter accompanied a long post of reflections: “An unforgettable Sanremo and not only for what happened to me – wrote Simona Ventura -. Being a fatalist, I always look at the glass half full and repeat to myself 'let's try to overcome it without major consequences'. This Sanremo will remain in history for the heart and soul that I saw on that stage, for the victory of the charismatic and innovative rock of Maneskin, for the second place of Fedez and Francesca Michielin that I followed at X Factor among my 'Ferrarine 'and I meet a splendid butterfly. The success of the Festival on the new platforms that are the basis on which to build the Sanremo of the future. Congratulations Amadeus and Rosario Fiorello. Your friendship and your skill moves me. See you soon".

Simona Ventura wanted to share a "photograph" of her of what was the 71st edition of the Sanremo Festival, a festival different from all those that have taken place up to now but certainly full of unforgettable moments. 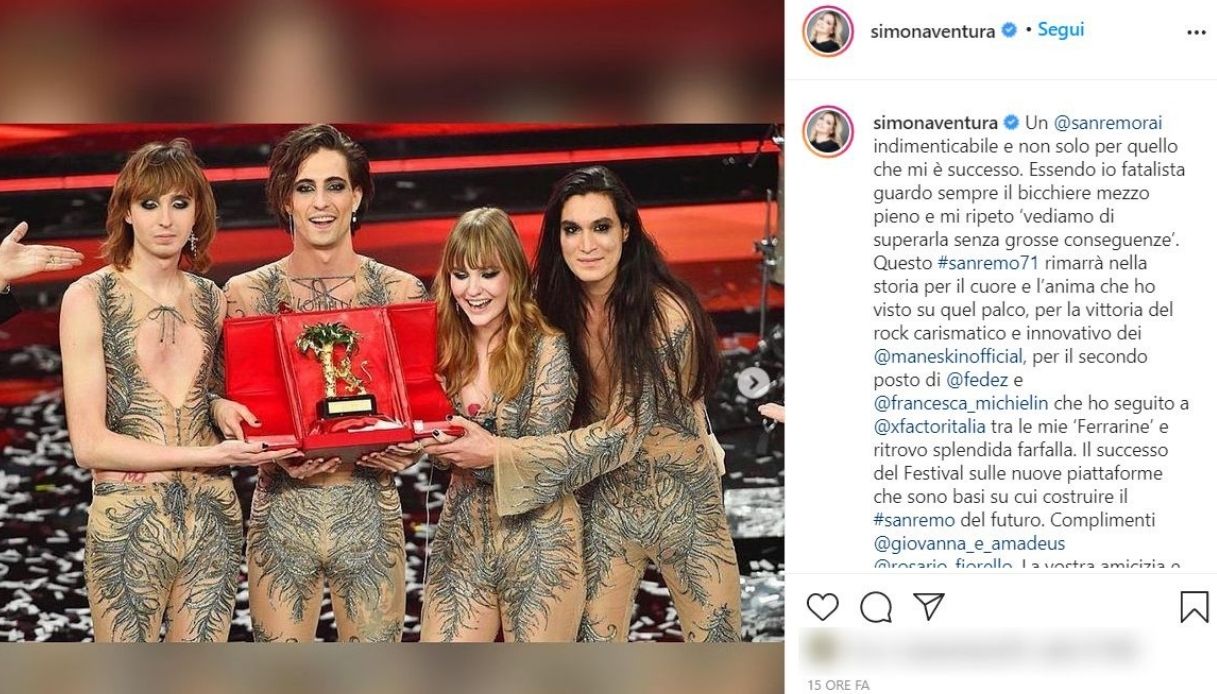 Barbara Catucci
8016 posts
Previous Post
Women's day: researchers at the forefront of cancer
Next Post
Goji berries: properties, benefits and how to take them