Skullbraker Challenge and Rompebocas, the senseless teenage challenges from which to be careful 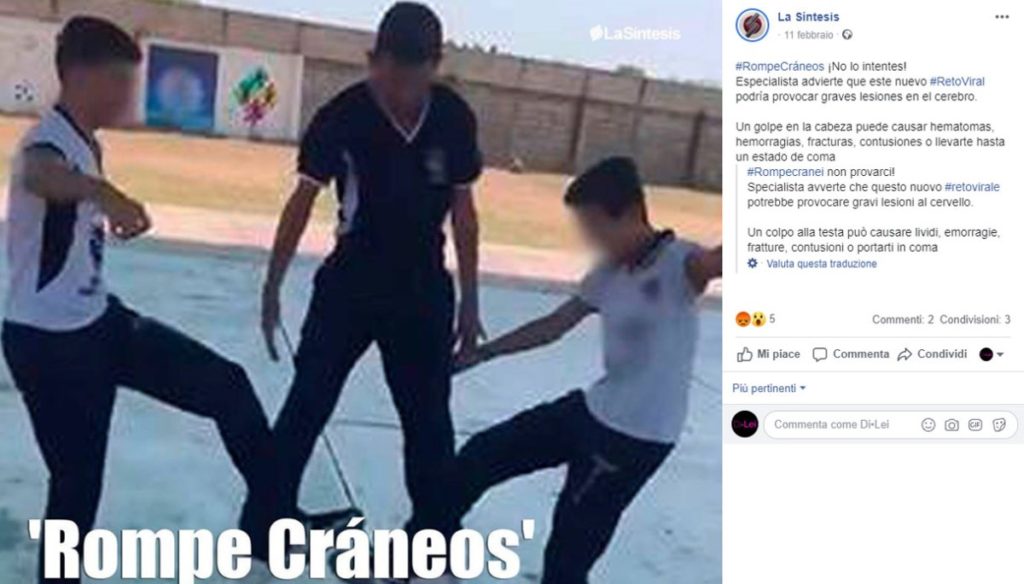 The invitation we make to parents is to explain well to their children that it is not about games, but about idiocies that can cause very, very serious damage

The Skullbraker Challenge was a challenge born on the social network Tik Tok: three people standing next to each other prepare to jump. But the unsuspecting victim who is in the center does not know that whoever is at her side will do a double trip that will make her fall while jumping. The unfortunate person risks being very hurt.

Although the news of two dead boys turned out to be a fake, the Skullbraker Challenge can cause head injury and fractures: in short, the consequences can be anything but negligible.

This absurd practice would have originated in South America, where it is called Rompecraneos. In this regard, a social campaign was carried out against this stupid and dangerous initiative, which involved several influencers: "It is very important that parents warn their children of the consequences of a" game "like this, which in the worst case can even prove deadly, ”reads on Instagram.

Another very stupid fashion that has always spread on social networks among teenagers is the Rompebocas (mouth breaker). A person approaches the victim from behind and "hooks" it with a scarf or scarf that is slid up to the ankles to make it fall frontally, so that face to face helmets. The victim may experience head injury, break his lip, teeth or nose. 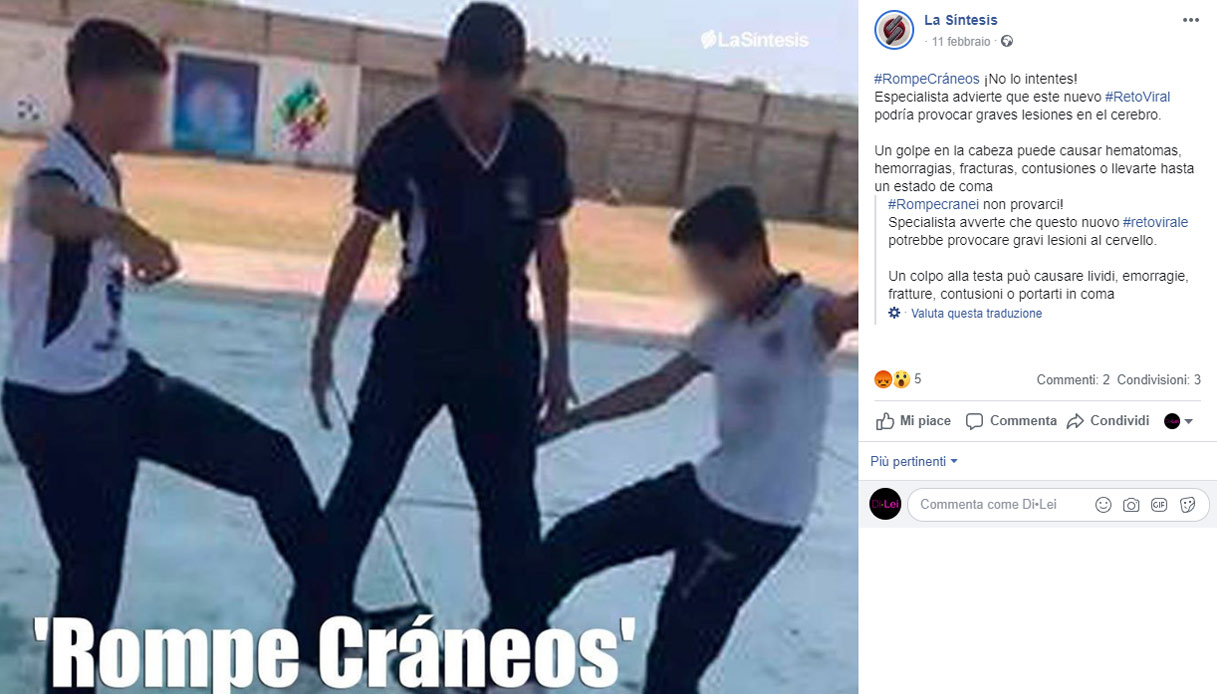