Slavery of need: work before health – Gela, Taranto, the Land of Fires and children with broken wings 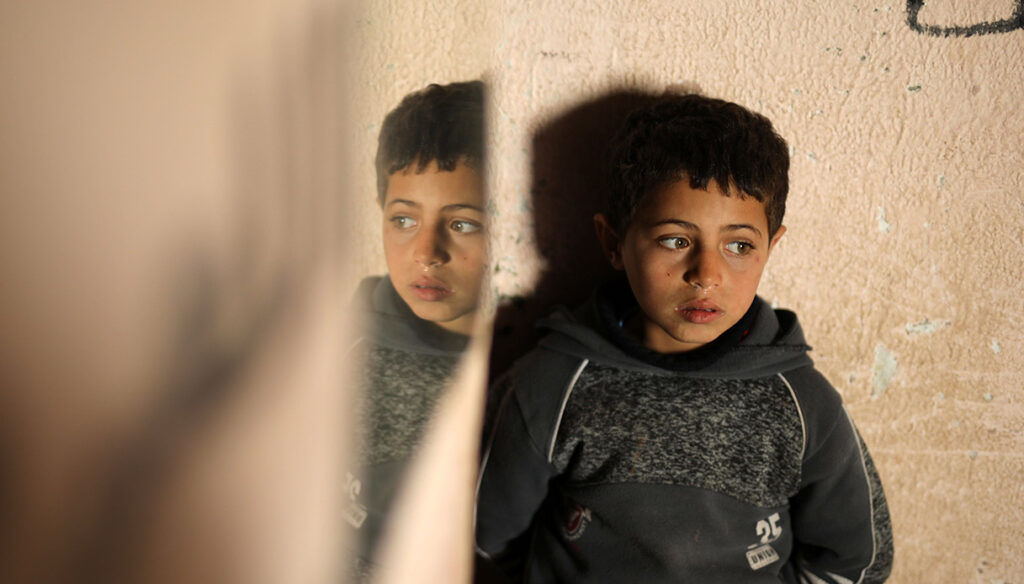 Italy in the balance between work and health. Thus environmental pollution has damaged the weakest strata of society and future generations

The state of necessity, the condition of vulnerability and that fine line between need and slavery created the earthly hell, the one where our children live, without carefree, without an explanation, between the silence of politics and the denial of big industries. and public administrations. Because profit comes first, even the lives of future generations.

But things don't add up, except in those frightening numbers screamed desperately by those who went through hell, by those who still live in it today. A reality, this, apparently far from what we like to tell as the BelPaese of sun, sea and good food, but which is right here, near our homes, in those territories transformed into a prison for those who live there, and a holiday destination for everyone else.

In 15 years, 450 malformed children were born in Gela. In Taranto, from 2002 to 2015, 600 were born. In the Land of Fires over a thousand children with cancer. But there is no "ripple effect" they declare, "the data have no scientific value" they say. And silence falls. 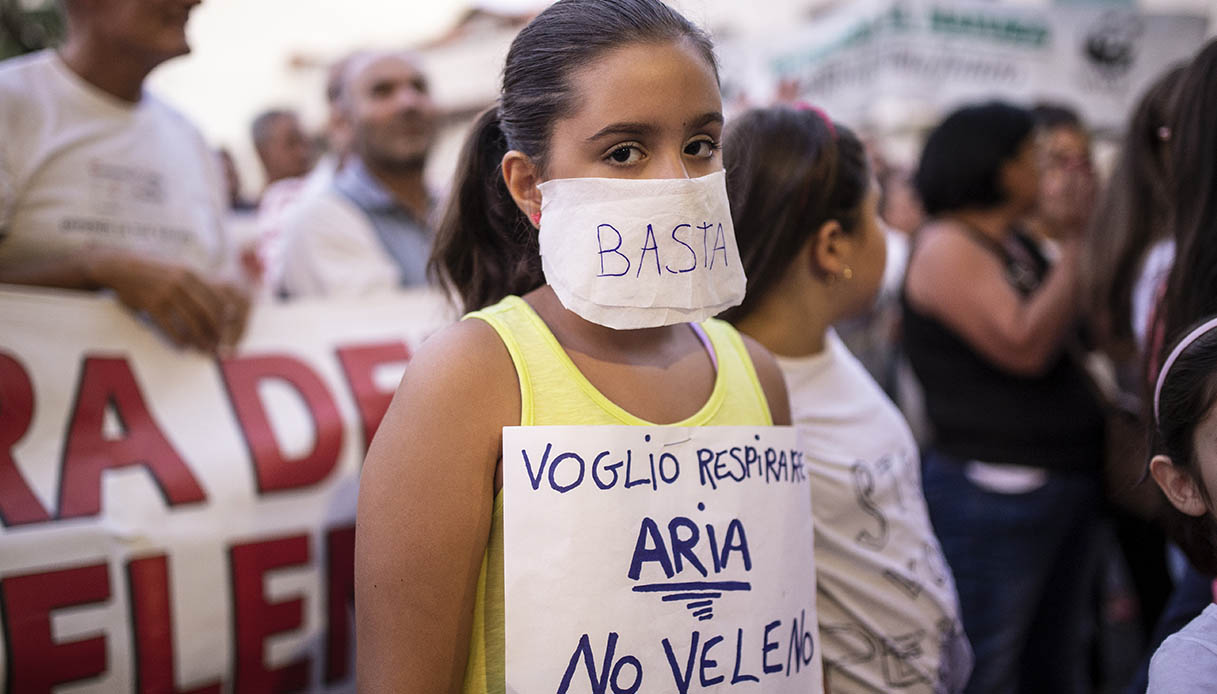 Children with broken wings. Photograph taken from the protest against the Terra dei Fuochi

Who said health comes before work?

"The first wealth is health", wrote the American philosopher and poet Ralph Waldo Emerson, but he certainly could not have known that instead, in the list of constitutional values, this is only in 32nd place, the right to work, on the other hand, is to the fourth. Probably those who have had the illusion of thinking that health comes first, has not reflected on the fact that Italy is a Republic founded on work. The profit then came later. But it became an obsession by climbing the heights of priorities.

We probably didn't notice it, but money has supplanted every value, every desire and every right. So amidst scandals that no one talks about anymore and activities conducted in the light of the sun because endorsed by those who shrugged, Italy is in the balance between work and health. And for those who are under the illusion that it is a personal choice, we invite you to also look at the other side of the coin, that of the victimization of children, guilty only of being born in the wrong place, or perhaps in the wrong society.

Gela, congenital malformations and the silence of others

Travel magazines often talk about Gela, the wide gulf the city overlooks and the many activities that can be carried out in the Sicilian town during a vacation. However, no one speaks anymore of the 450 malformed children or of that large Eni refinery which, according to scientists appointed by a civil judge, is guilty of poisoning the air, the earth and the food chain.

For Eni, however, that report has no scientific value, instead the investigations between emissions and diseases have conflicting opinions, which have brought to light a reality that is anything but comforting. The Gela investigation, petrochemicals and children's hell was published in the 10 December 2015 issue of L’Espresso, followed by that of the television program Report.

This corner of the south of the BelPaese is one of the most polluted areas in Europe, as well as the one with the highest percentage of the continent for congenital diseases, stealing the show even in Taranto, considered the most polluted city in Italy. This is a huge number, but it is approximate because no one has bothered to monitor the effects of air and earth poisoning on births.

Sebastiano Bianca, geneticist at the Garibaldi hospital in Catania, was commissioned by the prosecutor's office in 2021 to investigate neonatal malformations and it emerged that the cases ascertained in the city far exceeded those of the entire country and Europe. A research that, however, did not have its worthy conclusion and stopped in front of the entrance to the Eni plant.

The report drawn up by Professor Bianca was then delivered to Espresso as part of the investigation carried out by the newspaper and leaves no doubt: "The board of the technical commission believes that the possibility that Kimberly Scudera's spina bifida was favored by the presence in the 'environment of chemicals produced by the industrial center is entirely concrete ”. But Eni defends itself, and in 2018 in court it claims that there is no connection between pollution of industrial origin and cases of neonatal malformation.

The hunt for the culprit ends thus and Gela sinks into silence with the only tragic awareness of those numbers that are hard to pronounce, of that future stolen from children. 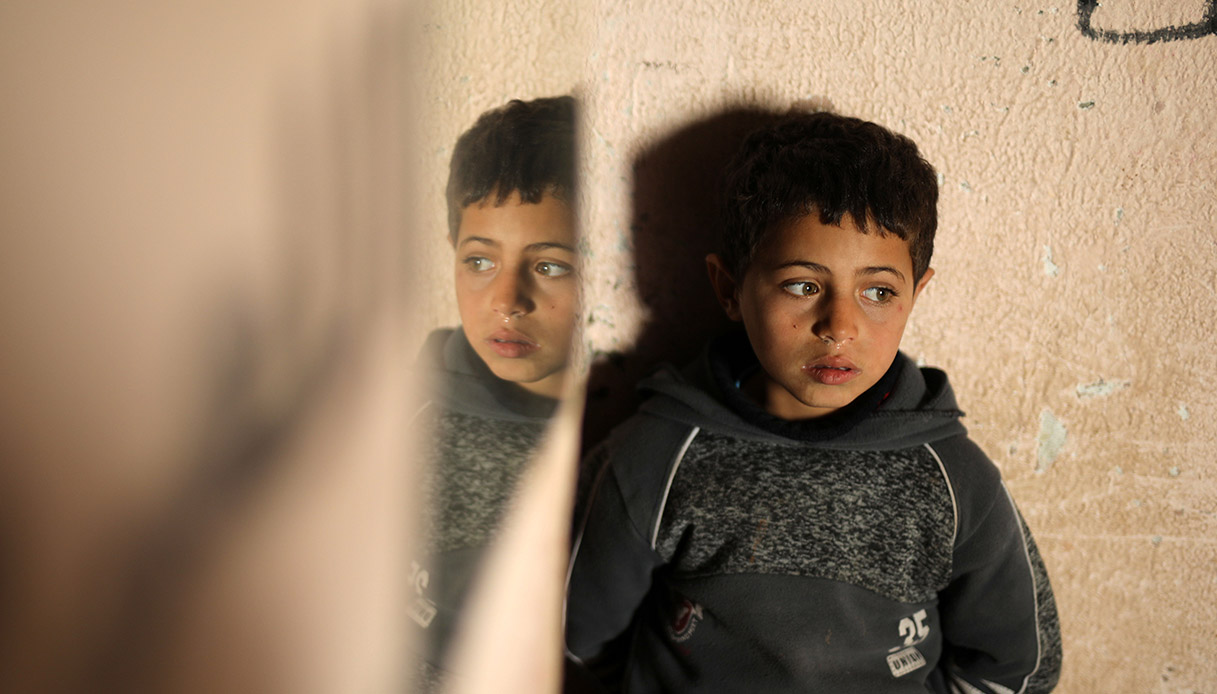 Taranto, the tears of children in the poisoned land

In Taranto, between 2002 and 2015, 600 malformed babies were born. Numbers that scare, exacerbated even more by all cancers diagnosed in pediatric age and in the first year of life. The culprits, the responsibilities and the names and surnames, however, are known to all. In the Paths epidemiological study, coordinated by the Higher Institute of Health, all the damage caused by the ArcelorMittal (formerly Ilva) plant in Taranto is indicated.

As reported by ANSA, "the congenital malformations of the nervous system and limbs were higher than the number of cases expected. The excess of 24% observed for congenital malformations of the urinary tract, on the other hand, is at the limits of statistical significance ". In the resident population – the study reads – the risk of death is also increased due to pathologies considered a priori as associated with the specific industrial exposure of the site in particular for lung cancer, mesothelioma of the pleura and for diseases of the respiratory system , in particular for acute respiratory diseases among men and chronic ones among women ”.

But this is how it works in Taranto, you live constantly in the balance between work and health, as evidenced by the crisis of the former Ilva which has taken away sleep from the workers of the steel plant. Because if on the one hand there are those who would like to turn everything off and start again, on the other hand there are those who cannot and do not want to lose their jobs. But the heaviest consequences of a prison that seems to have no way out are paid for by the children and their tears, like those shed for Vincenzo who was killed by a tumor at the age of 11.

An event that shook his classmates, which brought to light never-forgotten thorny issues concerning the environmental devastation of Taranto, which caused billions of tears. But they were carried away by the wind, or worse, by the Ilva-saves decrees. And in the meantime, time has passed, the environmentalist proposals have slipped into oblivion, the condemnation of the then Italsider is no longer spoken, while the others close their eyes, while the holocaust of Gela and the Terra dei Fuochi is also added to that of Taranto .

The Land of Fires and the future taken away

The triangle of territorial poisoning ends here, in the Land of Fires, yet another place where the slavery of need has claimed other victims. Yet another wrong approach, to the detriment of the weakest and most vulnerable layer of society, has brought to light what is recognized as the case of the Terra dei Fuochi, the illegal deposit of toxic waste from the regions of northern Italy and Europe.

The pollution issue has not only destroyed the life and the people involved, but also and above all that of children. An interesting, even more touching, report by Anna Spena, tells the life of some mothers between Caserta and Naples who become spokespersons for all those people who continue to die in incinerators, toxic waste and illegal open-air dumps. They are the mothers of the Land of Fires who carry the memory of children who died of tumors, killed by disease and silence in their broken hearts.

For some there is no Terra dei Fuochi effect, for mothers, on the other hand, and for many other people, yes. “Denying the relationship between health and the polluted environment and not implementing preventive measures has been a criminal act for at least a thousand children and young people in the last 10 years suffering from cancer in the land of fires! We ask that those responsible in the health and environment sectors in Campania be identified ", write the doctors of the Association for the Environment Isde. These words are echoed by the voices of fighting mothers who do it not only to honor broken lives, but also and above all for those who can still explain them. 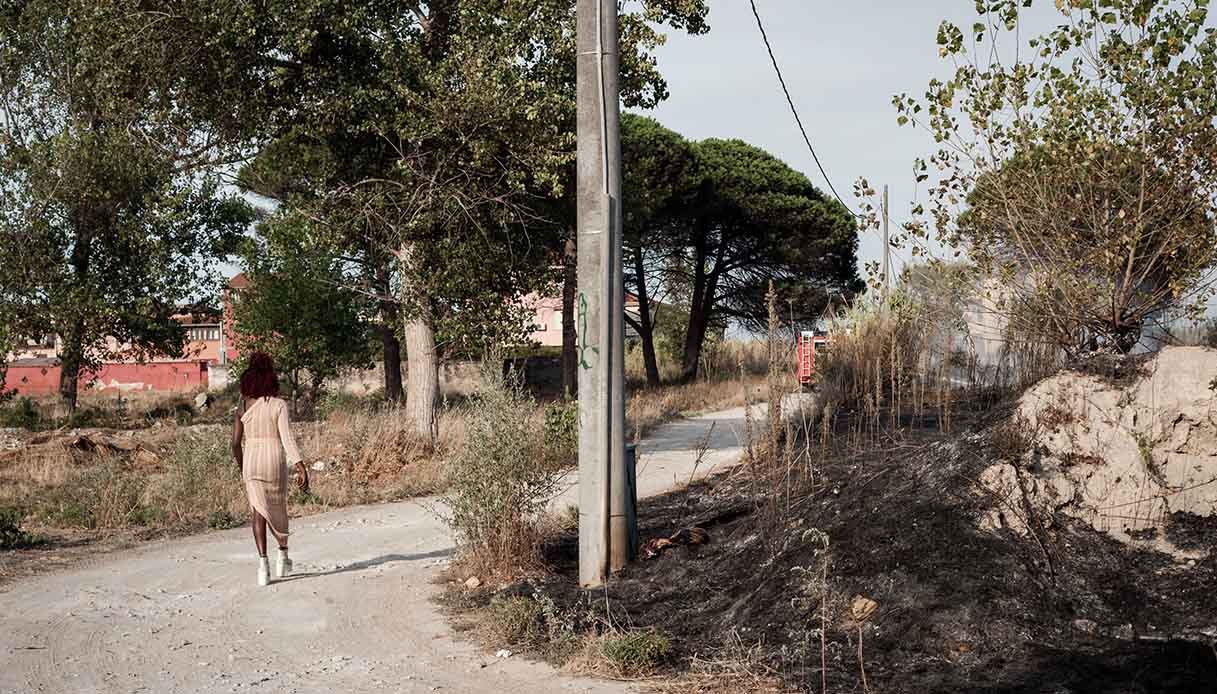 Giovanna Pirri
4972 posts
Previous Post
Elena Sofia Ricci talks about the abuse suffered: "Something that stays inside"
Next Post
Amici 2021, the Evening: the report cards of March 20