Sleep paralysis: what it is and how to overcome it 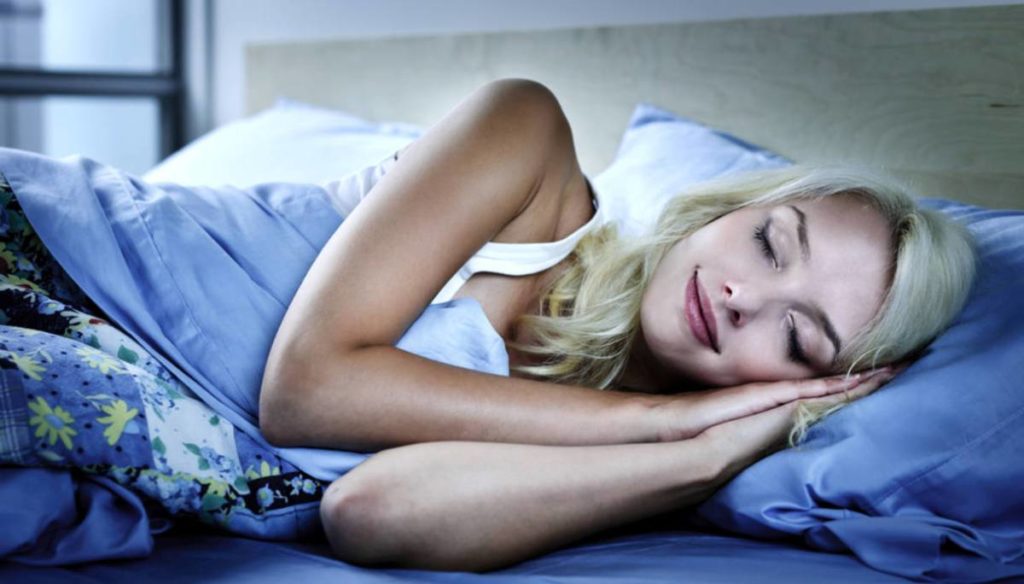 Sleep paralysis is an effect universally recognized by science which is believed to have mystical roots. Let's find out why it is important and what it is about

Sleep paralysis occurs mainly in the female part of humanity; in more rare cases, however, it is possible that this effect of the human mind also occurs in male individuals. It is a perfectly physiological mechanism which is called by science with the name of hypnagogic paralysis. In most cases, paralysis occurs just before falling asleep: the person is still awake, regardless of whether with his eyes open or closed, but on the verge of losing consciousness he cannot move his limbs. The same happens when you wake up (more frequently). Just before waking up, the person affected by paralysis in sleep is already aware of being there, in bed, but he cannot direct his mind in the right direction to move. In most cases a panic sensation arises.

The inability to make any movement passes within a few seconds to a few minutes. Over time, some even manage to get into the habit of feeling paralyzed, as if trapped in their own body, and in the long run what is a sleep disturbance in all respects does not cause any sensation in them. The sleep disorder known as sleep hypnosis never lasts more than 2 minutes before waking up, and about 1 minute before going to sleep. Therefore, if the person was aware that in his case this syndrome could last for longer, he would necessarily have to contact a doctor, as a longer paralysis could be the symptom of a more serious disease, perhaps of a degenerative nature. This effect has obviously found in the population several mystical vicissitudes.

For example, in Italy it is believed that sleep paralysis is an effect of the famous Out Of Body Experience, and although science has not shown it, it is common to think that it is because the human soul, after returning to the body, has not yet tuned in perfectly with the latter. However, being a historical phenomenon that took place on a global scale in various periods and periods, also in other States various curious legends remained linked to this disturbance. In most countries, the people attributed the action of demonic or supernatural entities to the disturbance. Just think of Egypt, where for a long time it was believed that sleep paralysis was caused by Islamic jinns, evil spirits capable of taking possession of a body when it sleeps. In Asia, however, particularly in Japan, it was believed for a long time that the disturbance was caused by the demon Kanashibari.

According to tradition, this demon would have the power to take over the body of an individual when the soul of the latter is out. Various rituals were performed to combat the dangerous entity, but attention was also paid to what the individual ate. In the Marches and Abruzzo this phenomenon has contributed to the birth of several legends related to the sleep witch. In these two regions it was believed that to fight the witch it was necessary to sleep on your back, put a broom near the bed, or put a sandbag under the bed. Over time, sleep paralysis has also led to the development of many, and wacky, pseudoscientific theories that have nothing to do with reality.

Most people who suffer from sleep paralysis say they feel a tingling sensation all over their bodies. This starts from the head, and then crosses the whole body up to the limbs. Trying to shout for help, you can barely make a small whisper: your voice is drowned out by something. In other cases, the victim of this sleep disorder may hear voices calling her; more rarely, voices are heard near the ear or head. Official science believes that sleep paralysis can also be accompanied by hypnagogic illusions. The main causes of the syndrome that affects more and more people would reside in a state of muscle atony, which is the main cause of the discrepancy between the victim's brain and his body. In addition to experiencing an imminent sense of panic, there is also anguish and fear.

Science claims that the cause of this disorder lies in an irregular lifestyle. Stress, performance anxiety, nervous system overexertion and much more help to create this discordance. Although some people have claimed to have had breathing problems, official science believes this is not possible, as the muscles responsible for respiratory activity are not affected by the syndrome. One of the most famous pseudoscientific theories concerning this state says that paralysis can be traced back to the birth of the individual. He would be guilty of remembering that trauma on an unconscious level. The most commonly used remedy is to try to open your eyes, make sudden movements, start breathing heavily to wake up the body.