Sleepwalking: what it is, what it depends on and how to treat it 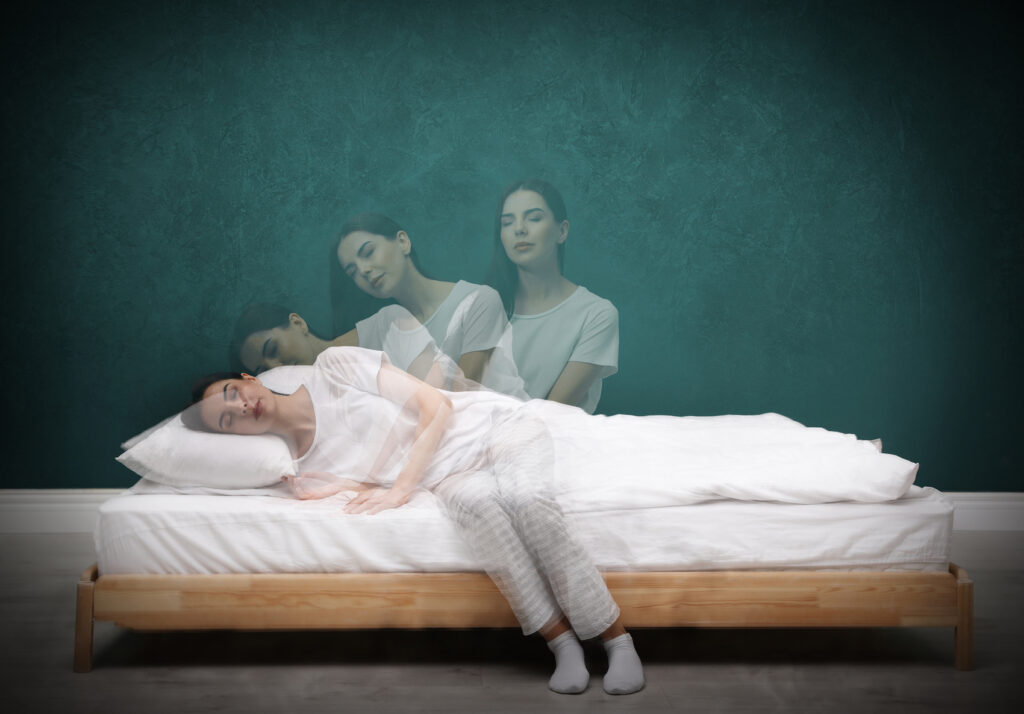 We often use the expression “sleeping standing” to refer to all those circumstances in which we feel we are so sleepy that we can fall asleep almost anywhere. But there are those who really sleep on their feet, or rather, those who walk or perform complex activities while they are not yet fully awake. «Sleepwalking is one parasomnia of nature benignthat is, a sleep disorder characterized by abnormal behavior but with generally spontaneous and rather spontaneous resolution rare in terms of frequency, ”explains Dr. Alfonso Mastropietrohead of Neurogeriatrics and the Sleep Clinic at the Santa Caterina da Siena Clinic in Turin.

More typical of early childhood and pre-adolescence, but sometimes also present in adulthood, sleepwalking consists of one state of dissociation between sleep and wakefulness: «Sitting, walking and performing other movements, sometimes even complex ones, are actions that can occur after and during awakening from non-REM sleep. During the episodes of sleepwalking, the patient has his eyes open but is not aware of the surrounding environment and does not react to stimuli: despite the motor activity, therefore, he is continuing to sleep but can sometimes speak or emit incomprehensible sounds “, he says. the expert.

What are the causes of sleepwalking

At the moment it is precise cause unknown of sleepwalking, although the origin appears to be of nature hereditary. Certainly, however, for predisposed subjects there are factors that can trigger it or worsen it, such as states of anxiety and stress, infections with fever, excessive alcohol consumption, drug use, but also obstructive sleep apnea or restless legs syndrome. “In the children it could be linked to an immaturity of the reticular substance, that area of ​​the cerebral cortex which is responsible for managing sleep and emotions “.

Because you can’t wake up a sleepwalker

It is a common belief that the best thing to do is not to wake up a sleepwalker, because it would risk compromising their health or, in more serious cases, endangering their life. But is it really so? “It’s not about compromising their health, but the person would certainly be in one confusional state, she would be disoriented and could react abruptly or even aggressively towards those close to her », warns Mastropietro. Better just protect the sleepwalker to prevent him from getting hurt, removing him from dangerous situations and objects, perhaps accompanying him calmly back to bed to ensure his safety.

How long does an episode last

Most sleepwalking episodes last a few seconds, but in some cases it can last longer, up to ten minutes. In the end, the person usually goes back to bed and continues to sleep, so in the morning they have no memory of what happened.

How to tell if you are sleepwalking

“This means that by ourselves it is impossible to understand if we suffer from this disorder,” comments Dr. Mastropietro. “By the way, sleepwalking could be confused with a lucid dream, that is, with those dream manifestations experienced in a state of consciousness. In fact, in lucid dreams we can take control of our actions, explore or modify situations, conduct events aware of the fact that we are still sleeping, because we are fully protagonists and not mere spectators as in traditional dreams. In this case we could also make movements, so waking up in a different place than the one where we remember falling asleep is not necessarily synonymous with sleepwalking ».

What treatments exist for sleepwalking

The only way to get a certain diagnosis of sleepwalking is to make one polysomnographya diagnostic test that is performed while the patient is asleep to study the duration and quality of sleep, awakenings, nocturnal movements and all information on oxygen levels, cardiac activity, arterial and respiratory pressure: “In this it is also possible to understand if obstructive apneas are present, which can favor sleepwalking, or other stress phenomena “.

“Once a diagnosis is made, however, there is no specific therapy, but some may be of help virtuous behavior, even if it is a benign disorder, and it is better not to worry and wait for it to resolve itself, as it happens in most cases », concludes Dr. Mastropietro. Here are some tips:

Gianluca Zompi
2178 posts
Previous Post
Having perfect skin by stopping to treat it: the philosophy of Skin Fasting
Next Post
The most surprising recipe of the summer is not a meatloaf but a roll
You must be logged in to post a comment.
Menu