Smell, like the nose guides us in relationships and emotions 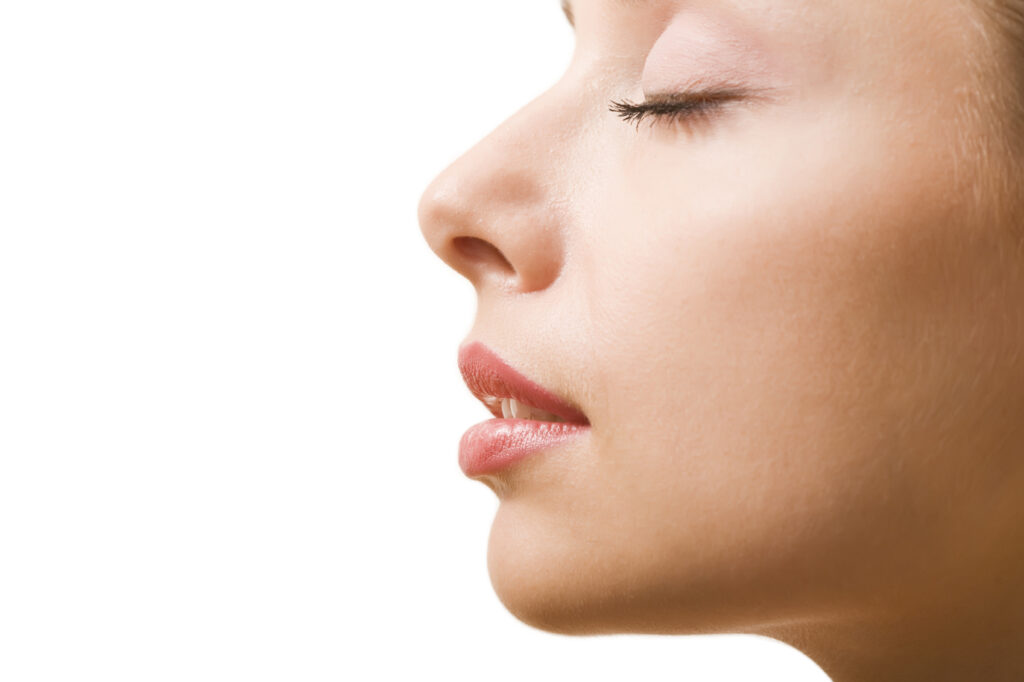 It is truly surprising: a few years ago, researchers at Rockefeller University in the United States took the trouble to calculate the number of odors than ours nose manages to distinguish, and the astonishing figure of about 1 trillion, or one billion billion, has come up. A sense, that ofsmellto which 1 to 3% of our genes are dedicated: thanks to our nose, we analyze what surrounds uswe operate a kind of radar in search of potential dangers and activate the senses of pleasure.

But above all the sense of smell, for us human beings, is a powerful one means of communicationparticularly in the sphere of emotions: it is connected to the limbic system, the part of the brain responsible for feelings, mood, behavior and memory.

Smell, a sense with many potentials

It is also a valuable ally in the early diagnosis of some diseases: the smell of our body, in fact, changes when there is something wrong, thus launching an alarm signal.

In this, the powerful sense of smell of animals is a valid help: there are numerous researches on the ability of dogs to smell human tumors; they would be able to pick up biomarkers associated with the early stage of different types of cancer. And again, from the smell of urine, for example, it is possible to hypothesize diabetes.

As Professor Bill Hansson, neuroethologist, director of the chemical ecology department of the Max Planck Institute in Jena (Germany) explains to us with his experiments and his surprising stories on the smell of mammals (including humans), fish, birds and insects, in his book The art of living by smelling (Aboca Edizioni, 25 €). Where he tells, for example, that the moth is the living organism with the most sense of smell: the male is in fact able to follow the scent trail of the female, present in an almost homeopathic concentration. The expert also examines another fascinating topic: the olfactory survival strategies of flowers and plants. And, returning to human beings, he faces a much debated topic: i pheromones.

You stink, so I love you?

In animals it is clear: volatile chemicals can trigger sexual attraction, but also other reactions fundamental for the survival of the species including aggression, maternal instinct, alarm in case of danger and territorial behavior. The question, on which science is divided, is whether or not it also happens to human beings.

«Several studies claim that, although lacking a particular olfactory organ (the vomeronasal) that should capture them and is instead common to other species, we humans also recognize and react to pheromones. In particular, there is a increased blood supply to the brain and the reaction of the hypothalamusthe brain region linked to the regulation of hormone secretions and sexual reproduction, ‘says Professor Hansson.

What pushes us towards the other gender would be two steroids in particular, androstadienonepresent in sweat and male sperm, e estrotetraenolin female urine.

It’s all about the armpits

The apocrine glands present in the axillary cavity secrete a fatty substance different from normal perspiration through the skin and the odor emanating, as the author recounts, illustrating the results of his experiments, would be different from man or woman.

“Invited to recognize gender by sniffing a sweat-soaked pad (not contaminated with other perfumes), 80% of study participants were able to distinguish male from female. The first is judged strong and unpleasant, the second less intense and more pleasant ”, he explains.

A different “scent” that would depend on steroids, which increase more in male puberty than in female one. So, to find the right mate, do we have to “smell”? According to scientists body odor also says a lot about an individual’s immune system, and here the neuroethologist cites an experiment featuring some T-shirts worn by a group of men and smelled by female volunteers: “Almost all the participants then chose the garment worn by a male with an immune system different from his own (determined on the basis of analyses). A kind of olfactory instinct that guides us for the conservation of the species: children born to a couple with different immunities are potentially more resistant ».

Professor Hansson also dwells on “pheromone” perfumes, which boast a capacity for sexual attraction and is categorical: there is no evidence that they work.

The sense of smell triggers emotions and memories

“Is it possible to detect anxiety or fear from a person’s smell?” Asks the author. It seems that, once again, it is a question of “armpits”. Several experiments were carried out, in which the sweat of those who had watched a comic or horror film was collected and, later, volunteers were asked to express the sensations it transmitted. Result? They were able to distinguish between the smell of a happy man and that of a frightened one.

Not only that, thanks to the sense of smell we can travel in time, reliving our most intimate memories, exactly as Proust describes through the scent of the madeleine: “This is because the sense of smell nestles in the limbic systemthe area of ​​the brain where we process emotions and store memories », emphasizes the neuroethologist.

From the sense of smell an indissoluble bond

Our body odor then has a powerful effect in building the mother-child relationship. In fact, mother and newborn are able to recognize each other by sniffing: the baby can grasp that unique and particular smell secreted by the skin around the nipples while it is being nursed.

From the maternal point of view, however, it is the scent of the baby’s head: “It activates the reward circuits in the mother’s brain, generating a desire for care and protection,” says Professor Hansson.

How our sense of smell works

Just behind the nostrils, more or less above the palate, it is located the olfactory epithelium, a cartilaginous body that contains chemoreceptors: they are cells predisposed to “capture” the volatile molecules of odors present in the air thanks to the olfactory mucosa. These neurons have cilia that extend into nerve fibers connected to the olfactory bulb, positioned above the epithelium and separated from the nasal septal bone.

From the bulb other cells, called mitral, send information to the limbic system and to the amygdala (the area of ​​the brain that controls emotions) and to the hippocampus (which manages memory); then the odorous molecules reach the neocortex, where the messages are decoded.

Through the sense of smell we recognize and communicate

The smell is like a signature that distinguishes us, changes with emotions, awakens memories. While the loss of smell can be the first sign of an oncoming disease.

• Unmistakable. The newborn recognizes the mother by the smell emanating from the skin around the nipples during breastfeeding, while the mothers smell the baby’s head, which inspires the sense of care and protection.

• A “scary” smell. Through the sense of smell we perceive the emotions of the other: when we are afraid, in fact, our sweat is different. By smelling it, we understand if it belongs to a frightened person.

• A question of chemistry. It seems that yes, we are also attracted to the other sex through smell. Thanks to the olfactory sensations we tend to prefer those who have an immune system different from ours. To have stronger offspring and thus defend the species.

• A journey through time. Like the sweet madelaine of Proustian memory: according to neuroscientific research we have about a thousand olfactory receptors thanks to which we link smells and perfumes to memories.

• A spy symptom. Loss of smell can be the first sign of diseases like Parkinson’s and Alzheimer’s. For early diagnosis, sticks with special odor sets have been made for patients to smell.

Gianluca Zompi
2314 posts
Previous Post
Better to have one of these signs in your group – they are everyone’s moms!
Next Post
The magic tricks for a perfect pudding: bye bye lumps!
Menu