So fruit and vegetables protect us from disease 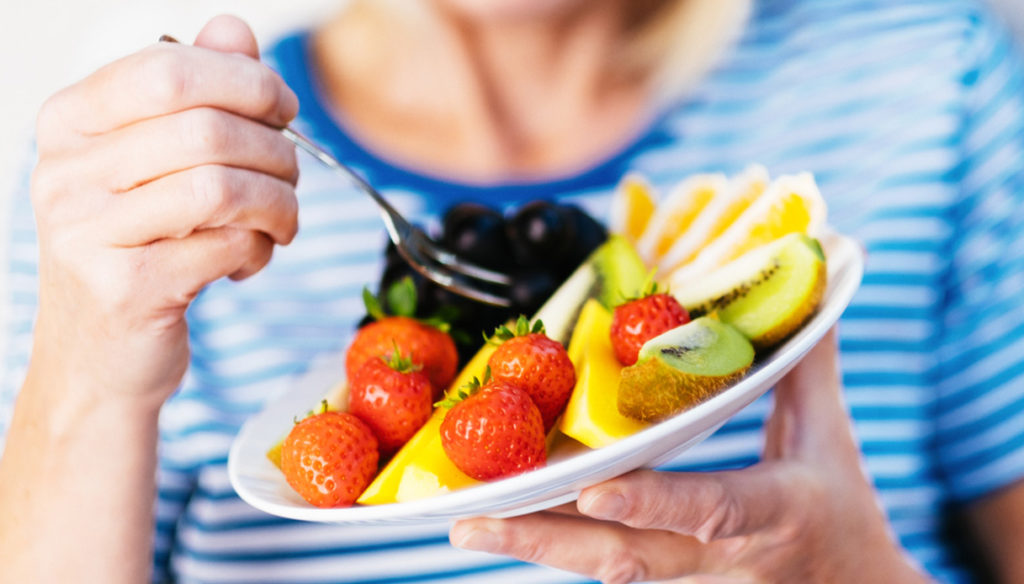 The positive effects of foods of plant origin concern the antioxidant efficacy, the protection of the intestine and the prevention of DNA transcription errors

The rule is simple. Every day, we should consume at least five servings of vegetable foods, including fruit and vegetables. In this way, obviously in the context of healthy eating, overweight is fought, we are better protected against tumors and the risk of cardiovascular pathologies is removed.

Behind this simple rule, however, there is not only the action of vegetable fibers, which is also important for the well-being of the intestine. It is on the cells that some components present in these foods carry out their activity. here, in broad terms, what happens.

In general terms, there are three main effects related to regular consumption of these foods. In the first place, plants are rich in fiber, therefore they favor the proper functioning of the intestine. Then, they have a very strong antioxidant activity and therefore protect the cells. Finally, some plants contain substances capable of positively influencing the behavior, that is, the expression, of particular genes, reducing the risk of negative cell transformations.

The first effect is the best known: the vegetable fibers, in addition to reducing the sense of hunger because they increase the sense of fullness of the stomach, increase the mass of feces that is formed in the intestine by binding to water, especially when they are indigestible as it happens for example for those contained in cauliflower and other crucifers.

The antioxidant action of fruit and vegetables, on the other hand, is more complex and positively affects the well-being of cells in the various parts of the body, making them age better and slower. All thanks to the contrasting action on free radicals.

Chemically, these are nothing more than "incomplete" molecules or parts of molecules that bind to hydrogen atoms, inducing damage to the cells concentrated above all on the lipids of the cell membrane and on the proteins of the nucleus. They are formed inside the cells, in the mitochondria to be precise, and are produced independently by the body, for example during an infection, or under the stimulus of external agents such as smoke and air pollution.

They induce an oxidation phenomenon, which can be counteracted by the "antioxidant" activity of vitamins such as A, C and E, present in quantities in many foods of plant origin. The protective effect is exerted on the various cells, including those of the innermost wall of the arteries, the vascular endothelium. For this reason, regular intake of fruits and vegetables, rich in vitamins, can help in the prevention of atherosclerosis, or the degeneration of the vessel wall.

Not just an antioxidant action

If the antioxidant action slows down the aging of each individual cell, the third positive effect of plants consists in helping the cells to reproduce reducing the risk of errors. There are some nutrients contained in certain plants which, in the laboratory, can have a correlation with the expression of the genes of human beings.

In practice, fruits and vegetables make our genes work better, helping them. In this sense, the role of folic acid is now established, especially in spinach and salad. Folic acid intervenes on cellular DNA repair processes and therefore reduces the possibility of damage.

Even short chain fatty acids have the same effect: if the cell has to duplicate, they favor the correct transcription of the genetic material, avoiding those DNA transcription errors that can make cells go crazy. Short-chain fatty acids, however, do not come from nature: our intestines produce them with chemical fermentation processes that are stimulated by the fibers contained in vegetables, and in particular in those with green leaves.

But short-chain fatty acids also have another particular effect: they promote the programmed death of cells that are in "critical" conditions and that may have problems at the time of their duplication, risking to turn into cancer cells.

All the cells have inside the instructions for self-destruction, that mechanism that has been called apoptosis and that consists of a real suicide. The problem is figuring out which cells should get out of the way and how to get them to trigger suicide. Well, with short chain fatty acids, which have been shown to have pro-apoptotic activity, this obstacle is overcome.

Gianluca Zompi
2188 posts
Previous Post
Kanye West is running for President of the United States: Kim Kardashian ready to become first lady
Next Post
Asia Argento confesses to her daughter Anna Lou and reveals Barbara D’Urso's help
You must be logged in to post a comment.
Menu