Sofia of Spain, the fate of the eternal second between the power of Leonor and Letizia 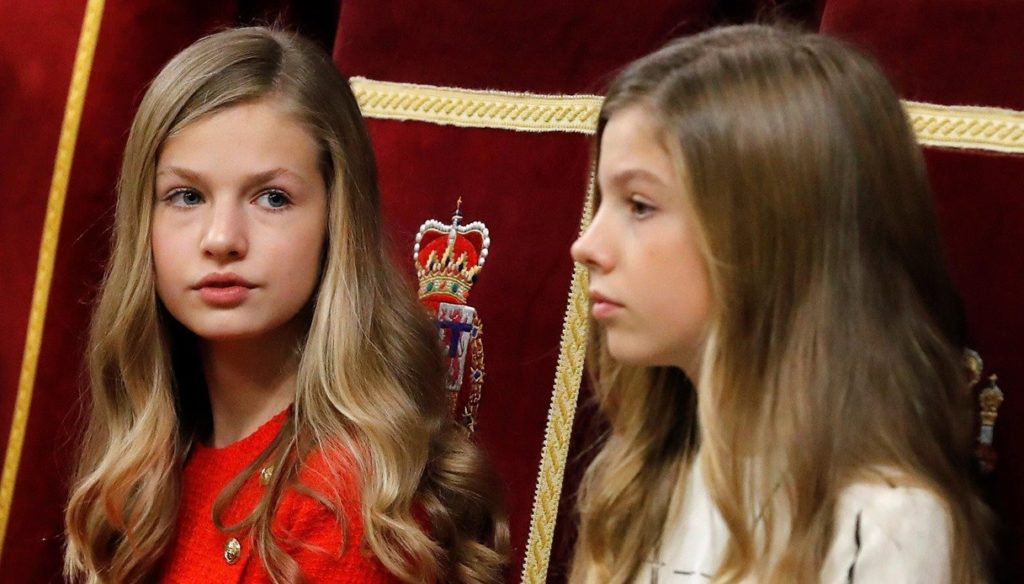 Being the "sister of" is not easy, history offers us various examples. Like the case of Sofia, Leonor's sister and second child of the splendid Letizia of Spain

Being born into a Royal Family means dividing oneself between duties and official commitments since childhood. But when you are the "second" it often means overshadowing. The most recent case is that of Sofia of Spain, the second child of Letizia and Felipe and sister of Leonor. For the latter, destiny is already sealed and by birthright he is the heir to the throne of his country. For Sofia, as for all the "sisters of", the story is a bit different. There is no shortage of catwalks and pages in the newspapers but, of course, there is no lack of expectations placed, on the contrary, on the shoulders of the sister.

Rivers of articles are written about Leonor, there is no shortage of continuous comparisons with an important mother like Letizia of Spain, queen of style and with an innate class. The journalists follow the events of the young future Queen step by step, often overshadowing her sister Sofia. In reality, the pages feed alleged rivalries, often totally fictitious. And it is precisely the case of Letizia's two delightful daughters who, as a mother, decided from the beginning never to make any disparity between girls, now little women.

Letizia has never hidden that she is a rather strict mother, who cares a lot about the education and training of her Princesses, and has never given one different attention than the other. So Leonor and Sofia are two sisters who have very little rival, are growing in grace and wisdom, and do not miss an opportunity to support each other, inseparable as when they were children.

The changes, however, usually come with the passing of the years. Growing up, differences are inevitable and in this sense the fate of the second-born is always an unknown factor. In the past, more and less recent, we have had many examples of "real sisters" and events related to them that have sometimes highlighted their rivalries. Think for example of Alexandra, half-sister of Charlotte of Monaco, both daughters of Carolina. Technically Alexandra, although she was born later, is the only one of the two with a noble title because she is the daughter of the Prince of Hanover. Two very different girls, in age but also in style, but both with an innate elegance. But above all, despite what one might think, very close to each other to the point that Charlotte never misses an opportunity to support her little sister. Alexandra is still very young but she already seems to have very clear ideas: passionate about fashion, she attends Political Science and Philosophy at New York University and loves studying.

Speaking of the Royals of Monaco, how not to mention another famous couple of sisters: Carolina and Princess Stéphanie. Over the past few decades, the two have attracted media attention, especially for their relationship. Grace Kelly's daughters have always stood out for beauty and elegance but have always been profoundly different. The unstoppable temperament of Stéphanie earned her the title of "rebellious" sister, in the face of an always impeccable Carolina and less accustomed to sentimental scandals.

With a leap back in time we finally arrive at the most famous couple of sisters among the royal families: Elizabeth and Margaret Windsor. The first is the longest-lived sovereign of the United Kingdom and of all history, a granite woman who does not seem to feel the effects of the years. The second, beautiful and sensual as few, has had an intense life but also marked by the drama of her eternal second place. We found out thanks to the Netflix series The Crown which told its story for the first time, finally giving it prominence. Worldly and with a turbulent love life, a free spirit lived in the constant search for attention and love. What the bulky sister has focused on herself, due to her priority in family interests. This situation had considerable repercussions on Margaret's psychophysical health, who even in old age was unable to find peace. A high price to pay for the weight of the strict family rules.

Margaret was not lucky, crushed by protocol as it was for the late Lady D. But perhaps also thanks to mothers in step with the times, fate will be much better for Sofia and Leonor as well as for Alexandra and Charlotte.