Spirulina supplements: what they are for, benefits and contraindications 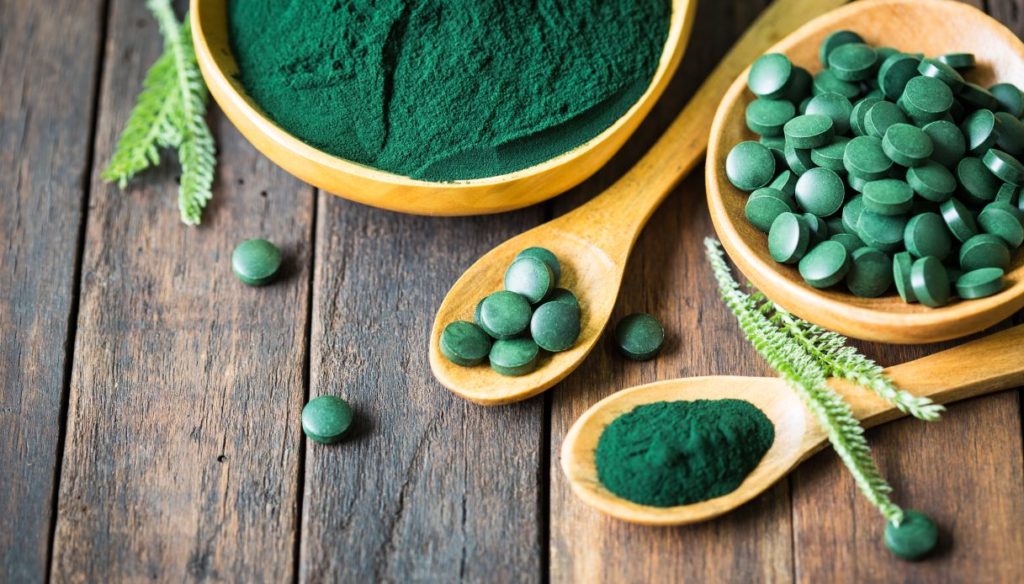 Supplements with spirulina are useful for increasing energy, supporting the immune system and for making up for food deficiencies

What are supplements for?

Spirulina is considered a super food because it is rich in nutrients and its intake is indicated above all in case of nutritional deficiencies.

Vegetarians and vegans, for example, use spirulina supplements for their high protein content, but this microalgae can also be useful for the elderly and children or other categories of people who tend to exclude certain foods from their diet.

Supplements with spirulina are also indicated in cases of asthenia and fatigue, to provide energy to the body in periods of severe physical stress or to recover strength following intense efforts, after an operation or convalescence.

Supplementing with spirulina can also improve sports performance and speed up muscle recovery after physical activity, as well as promote weight loss in overweight and obese people who follow a low-calorie diet.

Spirulina-based treatments in autumn and winter can then help increase the immune system by preventing the flu or improving the body's response in the event of infections.

Supplements with spirulina, if taken regularly, can finally help prevent diseases such as diabetes and cardiovascular diseases, protect the liver and kidneys and improve intestinal function.

Spirulina algae: what it is and what it contains

Spirulina is a green-blue cyanobacterium that does not exceed half a millimeter in length, whose name refers to the structure of its filaments organized in small spirals not visible to the naked eye. Commonly considered as a microalga, spirulina grows mainly in the fresh alkaline waters of the subtropical regions and represents one of the oldest life forms on our planet, as well as one of the richest and most complete sources of nutrients on Earth. The different varieties of spirulina studied have in fact shown a significant content of vitamins, mineral salts, amino acids and bioactive substances useful for the well-being and health of the body.

In particular, spirulina is rich in proteins – equal to 65% of its weight – vitamin K, folic acid, phosphorus and iron and is an excellent source of molecules with antioxidant action including beta-carotene, phycocyanin and tocopherols. , as well as polyunsaturated fatty acids and phenolic compounds. Due to its exceptional nutrient content, spirulina is considered a superfood, that is, a superfood.

The great interest in this microalgae has led to its large-scale cultivation and today spirulina is commercially available in the form of powder to be added to sweet and savory recipes and in the form of capsules and tablets, to be administered as a food supplement.

Spirulina supplements boast numerous health benefits. First of all, given the richness in nutrients and bioactive compounds, the intake of spirulina is particularly suitable as a tonic and in case of food shortages. Additionally, spirulina contains many functional bioactive ingredients with antioxidant and anti-inflammatory activity, which include phenols and phycocyanin.

Taking spirulina supplements is therefore useful for counteracting the harmful action of free radicals – molecules responsible for cellular aging and numerous diseases – and for preventing and treating inflammatory states of the body.

Spirulina would then be able to improve the quality of the intestinal microbiota, that is the bacterial population that lives inside the intestine, favoring the development of a healthy and balanced bacterial flora and thus improving the general state of well-being of the organism.

Not only that: spirulina also has hypolipidemic, hypoglycemic and antihypertensive properties, and its consumption therefore allows to reduce triglycerides and total cholesterol in the blood, while increasing the levels of "good" cholesterol (HDL), and to lower blood sugar and blood pressure.

All of these effects could be useful in the prevention of metabolic syndrome: high triglyceride levels, low levels of high-density lipoprotein (HDL), hypertension and high fasting blood glucose are in fact four of the five risk factors for diagnosing metabolic syndrome.

In addition, the administration of supplements with spirulina is an aid to support the immune system, helping the body to defend itself better in the face of attack by pathogenic microorganisms such as viruses and bacteria.

Finally, spirulina has shown significant benefits in promoting weight loss. Although in order to lose weight it is essential to reduce calorie intake and increase physical exercise, taking spirulina could be an extra help to promote weight loss, especially in obese and heavily overweight people.

How to take supplements and contraindications

Spirulina supplements are generally found on the market in the form of tablets or capsules.

The daily dosage of spirulina is quite variable but normally 3 to 5 grams of spirulina are taken per day, divided during the main meals. The intake of spirulina within these dosages is considered safe and free of significant side effects.

Although spirulina has no contraindications for children, the elderly, pregnant or breastfeeding women, in these situations it is good to ask your doctor for advice.

Maria Teolis
2965 posts
Previous Post
The Voice Senior, Bertè-D'Alessio clash, Jasmine convinces: the cult moments of the 1st episode
Next Post
Boric water: what it is, what it is for and where to buy it