Spring allergies: here's how to protect the little ones 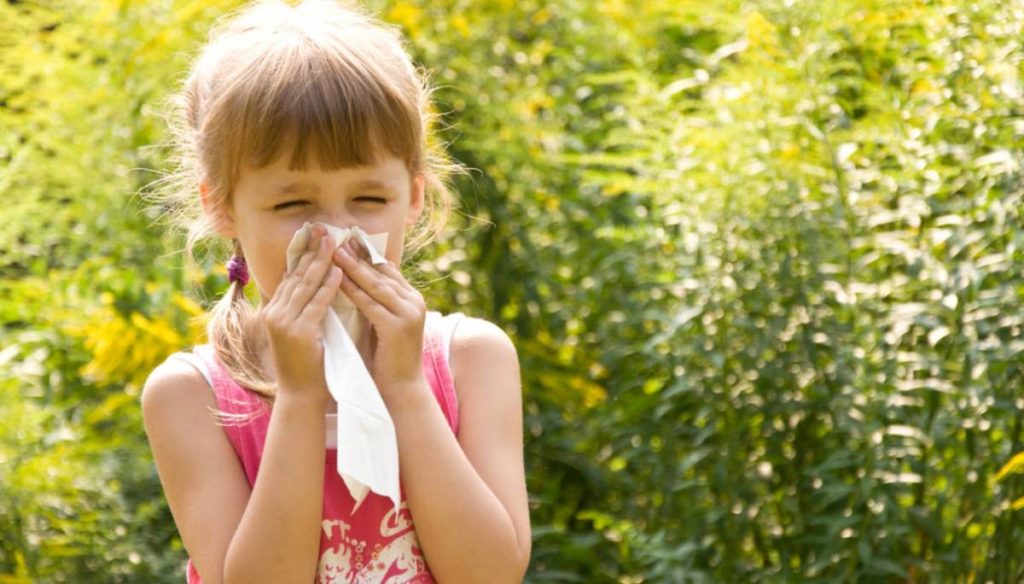 In the spring, children's allergies come back on time. To prevent this problem, pediatricians from the Bambino Gesù hospital made suggestions

In the spring, the children's allergy alarm sounds on time. With the awakening of nature, plants and pollen create many nuisances for those suffering from this problem. It has been estimated that even 30% of Italians are affected by pollen-related allergies. Especially for children, allergy in spring produces unpleasant effects such as headaches and a strong form of stress. According to experts, the percentage of allergic children in the past 20 years has even tripled. In short, a problem that really affects many people.

To better combat the spring allergy of children at the Bambino Gesù hospital in Rome, pediatricians have decided to prepare a special handbook that illustrates how to behave to contain the effects of allergies and, above all, how to defend against the attack of pollen. The temperature changes typical of spring, the change in biological rhythms and the presence of pollen are a dangerous mix that causes headaches, concentration problems and cases of greater irritability.

Therefore, in the list of things to do to mitigate the effects of allergy to children in spring, it is recommended to choose seaside or high mountain resorts for trips. At medium altitudes (between 600 and 1000 meters) pollens release a month later than in the city and allergies do not disappear. Always on the list of indications, it is advisable to avoid trips to the countryside, especially in the morning, to avoid cutting the grass in the garden, to carefully clean the filters of the car and the air conditioner in the house, to have the children wear your children sunglasses and hat with visor and doing nasal washes.

But why does the human being suffer from allergies? It seems that the blame should be attributed to the Neanderthal man. The American Journal of Human Genetics has published two independent studies that demonstrate how the possibility of contracting allergies was inherited from this ancestor without which, however, we would not have been able to fight infections. During the cohabitation period in Europe of Homo Sapiens and that of Neanderthal there were several genetic crossings. Three genes of human DNA belong precisely to Neanderthalians and are involved in the body's ability to respond to infections. At the same time, however, they would cause a greater susceptibility to allergies.

Maria Teolis
3428 posts
Previous Post
Lapo, DiCaprio, Harry, Marzotto … The gold bachelors still on the square
Next Post
Do you recognize the actor behind this graying bum?