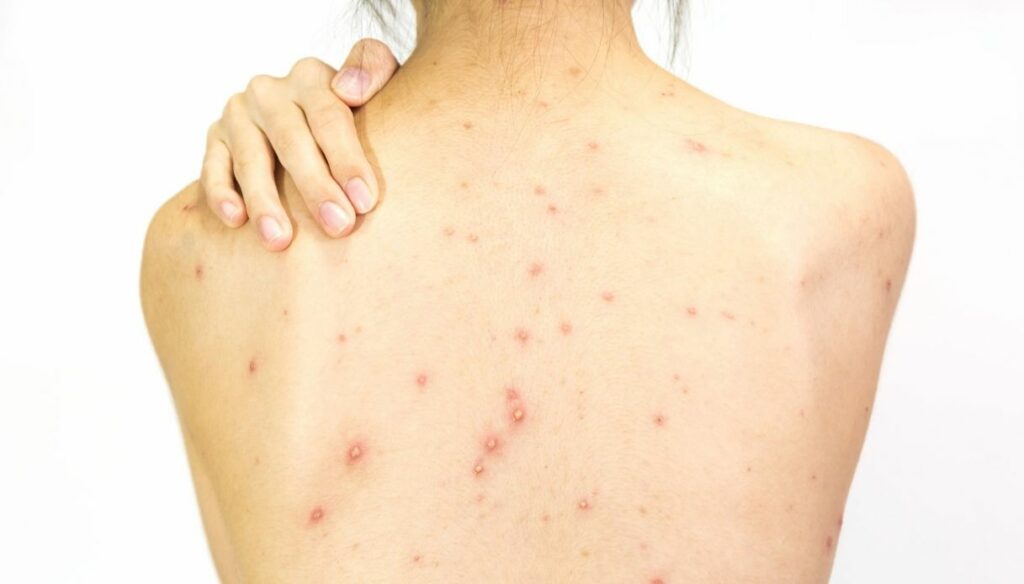 Burning, pain, itching, skin lesions, can be a sign of St. Anthony's fire. With the help of the expert, let's see what are the causes and the remedies to be taken when this infection occurs

Its arrival certainly does not go unnoticed due to the painful and annoying symptoms: we are talking about Herpes Zoster, commonly called St. Anthony's fire. It is a disease caused by the Herpes Zoster Virus, which is the virus also responsible for the development of chickenpox. Its peculiarity lies in the fact that once the chickenpox is contracted, the virus is not eradicated by the body, rather it remains inactive until the arrival of a factor that causes it to awaken in the form of St. Anthony's fire.

The name Herpes Zoster describes the very nature of the infection. The two terms of Greek origin in fact mean "snake" (herpes) and "belt" (zoster), referring to the vesicular eruptions that appear on the trunk of the body as a sort of belt.

So what are the causes, symptoms and possible treatments in the event of a St. Anthony's fire? We talked about it with Professor Leonardo Celleno, Dermatologist and President of AIDECO – Italian Association of Dermatology and Cosmetology.

"The so-called St. Anthony's Fire is a disease caused by the cutaneous expression of Herpes Varicella Zoster Virus, a virus of the Herpes virus family. Chickenpox represents the characteristic pathology of the acute phase of primary infection of the virus, while the focus of Saint Anthony is the reactivation of the virus from its latent phase. Herpes Zoster Virus is in fact usually already present in the nervous ganglia of our body (meeting stations of the nerves that come out of the spinal cord and join with the peripheral nerves) and only when there is a decrease in our immune defenses this succeeds, for so to speak, to take over. This particular virus can in fact remain inactive in the nervous tissue for years or even for a lifetime and only after a strong psycho-physical "stress" can it activate and multiply along the nerve fibers, thus reaching the skin, causing typical vesiculo-bullous, erythematous and crusted lesions ”, explains the Professor.

How it is transmitted

"Viruses belonging to the Herpes Varicella Zoster Virus family are easily transmitted from person to person, through the emission of particles from the respiratory tract of a sick person. As for the true herpetic pathology of St. Anthony's fire, however, one must not be excessively afraid of its transmissibility because, as already mentioned, one comes into contact with the virus already in the first years of life. In the case of rashes of herpes varicella zoster, the liquid contained in the vesicles is equally contagious and only by touching the lesions can one become infected: contact with this in younger subjects who have not been vaccinated and who have not had chickenpox, can cause 'skin rash typical of the disease "continues the expert.

St. Anthony's fire can arise at any age, even if it mostly involves adults and the elderly. In particular, patients with low immune defenses, such as those suffering from immune system diseases or who have undergone cancer treatment, such as chemotherapy, are at risk.

“The symptoms are manifold. First of all are usually burning, redness or itching localized in the skin region where the real lesions will then appear. The area in which shingles occurs most frequently is a band (called a dermatome) that extends only on one side of the trunk at waist height, but the disorder can also frequently occur on one side of the face, around to the eye and forehead. Redness, burning and pain radiate along the course of a peripheral nerve, which for example, starting from the back, follows the nerve along the side to end in the middle of the chest and not affecting the other part. Vesicular-serous erythema, similar to that of chickenpox, appears within a week and the relative pain can change from mild to intense and last for a period of time ranging from weeks to months ", Professor Celleno specifies.

"The role of the Herpes Virus Varicella Zoster is certainly fundamental. The other causes are to be found in all those factors capable of lowering our immune defenses: periods of stress, debilitating diseases, particular medical and pharmacological therapies, states of psychophysical weakness ».

Diagnosis is made following a specialist visit where symptoms and typical blisters are evaluated. Eventually, laboratory tests can be carried out such as the one that searches for IgM antibodies linked to the presence of the virus.

How to relieve pain

«In the simplest cases it is sufficient to resort to non-steroidal anti-inflammatory drugs or specific pain relievers commonly prescribed by a doctor. In more complex cases, which may affect regions such as the face or eye or which persist for a long time, it is necessary to resort to pain therapy specialists who will be able to use prescription drugs or special infiltrations and medical treatments ".

"The treatment lies in the prompt administration of drugs based on antiviral molecules such as Aciclovir, Famciclovir or Valaciclovir. In some cases it is useful to resort to specific preventive vaccination for the prevention of this disease, which can also cause serious effects, especially in the elderly population, "concludes the expert.

In general, therefore, St. Anthony's fire heals spontaneously thanks to the support of the therapy followed. It is difficult to incur serious complications, but it manifests itself through a rather annoying and painful symptomatology that can however be treated with adequate drugs. If you notice the typical symptoms described above, you should consult your doctor.

Gianluca Zompi
1628 posts
Previous Post
Supplements for weight loss: do they really work? How to use them consciously
Next Post
Friends, Martina surprises and writes to Raffaele after the farewell