Stefano D'Orazio, his wife Tiziana Giardoni the great love of his life 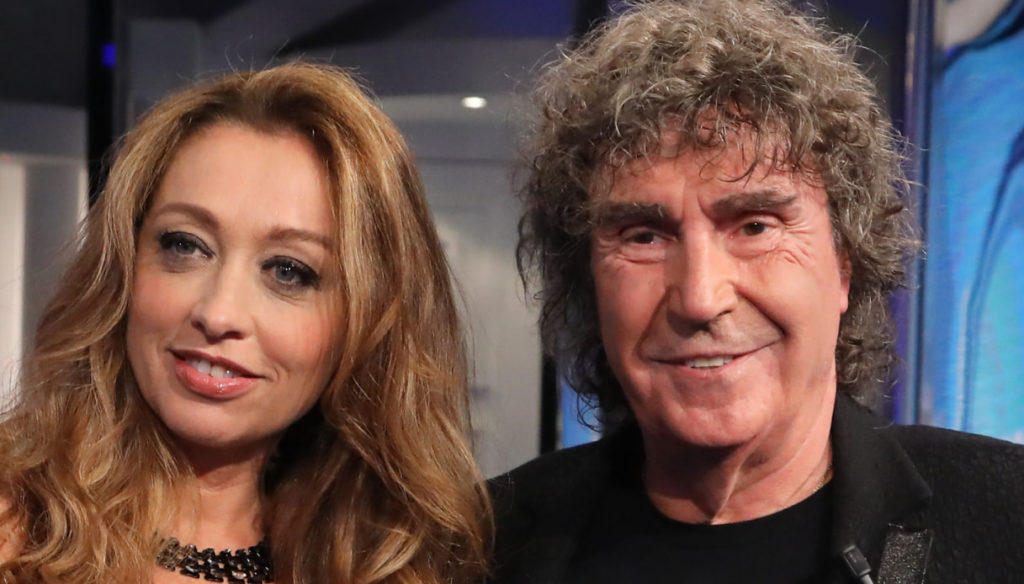 22 years younger than Pooh's drummer, Tiziana Giardoni is Stefano D'Orazio's wife and the great love of his life

Stefano D'Orazio's great love is called Tiziana Giardoni. Beautiful, 22 years younger than the Pooh drummer, she married him in 2017. A surprise ceremony, strongly desired by the artist, despite having always declared that he was allergic to marriage. Ironic and fascinating, Stefano D'Orazio has had a long career in the world of music, but also many important loves, such as that for Lena Biolcati, his colleague, or for Emanuela Folliero.

But none had managed to make him capitulate. Then the romantic twist: Stefano D'Orazio's wedding proposal came as a surprise during a Pooh concert at the Verona Arena. The artist, surprisingly, had answered the presenter's question – "What are your plans for the future" – with the phrase: "I'm getting married". Throwing off the other members of the Pooh and especially Tiziana Giardoni who was following the event broadcast on TV from home.

"The authors had warned me of the question and I did not want to answer that in the future there was a new musical – he confessed to Corriere della Sera -. I thought: people will imagine that we are obsessed with money and work. Five minutes before going on stage, I decided: "I'll give myself a present and say that I'm getting married for my birthday" […] An effort: that evening at the same time there was his favorite film and he didn't want to know about Poohs. I begged her: "love, please, you have to tell me how my new jacket fits" ".

Unpredictable and romantic, the love between Stefano D'Orazio and his Tiziana – whom he called Titti – was like that. The Pooh drummer had so much fun organizing the wedding, in just one month, that he had written a book to tell about that experience entitled I will never get married – How to organize the perfect wedding without having any desire to get married. The marriage was attended by old friends and colleagues, including the inseparable Pooh considered as brothers by Stefano.

"They were almost all at the wedding – said D'Orazio to those who asked him about his exes -. To tell the truth, it was my friends who stayed the worst: since high school I was giving sermons on the uselessness of the marriage contract. I had set up a group of proselytes who rightly resented: "A Ste 'but how would you say: we are 92 years old and you did not marry us!".

Barbara Catucci
5821 posts
Previous Post
Don't blame your parents for their separation, but admire them for their courage
Next Post
How to use calendula oil for wrinkles and hair