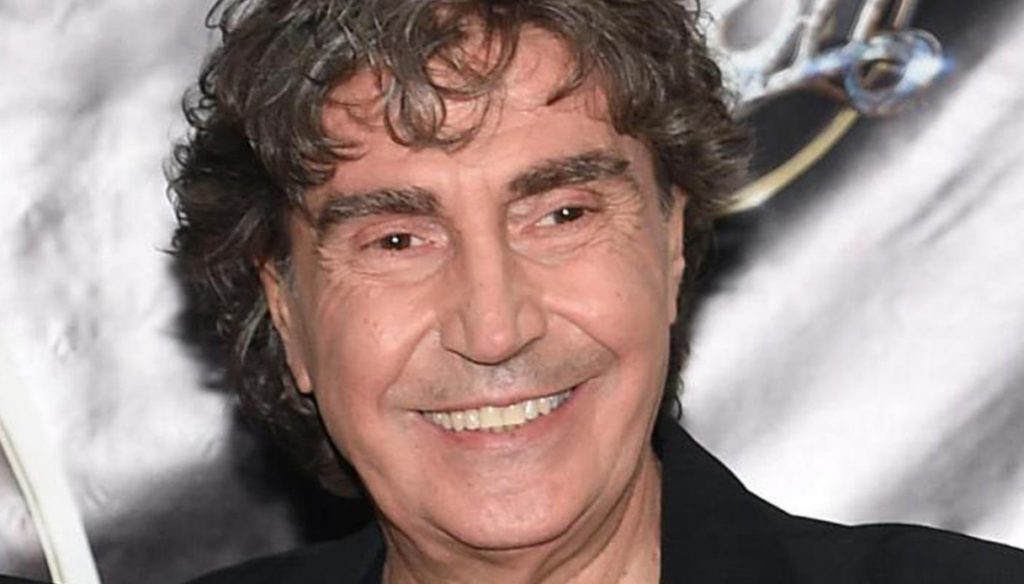 The splendid letter from Silvia Di Stefano, who grew up with Stefano D'Orazio. The Pooh drummer regarded her as a daughter

"Hi Dad". Thus ends a long letter written by Silvia Di Stefano on social media and addressed to Stefano D'Orazio. The Pooh drummer, who passed away in early November, left a huge void in the lives of fans, but above all of those who knew and loved him. His "friends forever": Riccardo Fogli, Dodi Battaglia, Roby Facchinetti and Red Canzian. But also Barbara D’Urso, who was moved on TV remembering him, the former partner Emanuela Folliero, who had become his friend, his beloved wife Tiziana Giardoni and above all Silvia Di Stefano.

Singer and actress, Silvia is the daughter of Lena Biolcati, a former partner of D'Orazio. In the eighties the two had lived a love story marked by a fruitful artistic collaboration. At the time Silvia was very small and over the years her bond with Stefano has grown stronger and stronger. It is no coincidence that the Pooh drummer did not hesitate to talk about her as a daughter.

After a long silence, Silvia wrote a splendid letter to D'Orazio in which she talks about their relationship and greets him for the last time. "Hi Ste '- reads – you have always given me some nice gifts for my birthday, but I'm not really appreciating it. I don't want to argue, because you never liked arguments, but I wanted to tell you. I said to myself, "now, come home safely on Sunday, maybe he'll come directly to my house and surprise me".

"You made me a lot of surprises – continues Silvia, addressing the artist of the Poohs -. 35 years of surprises and only 3 fights. It's a good average. One in 1998 and we still don't understand why. The second fight remains between you and me and it's better this way. The third when they took me for "Pinocchio": "Lassa loses' this world of artists, I know I was lucky, but that's not the case for everyone". Yet you taught me, to pursue dreams to the last, with all possible passion. It took 5 years, 5 years and many shows before I heard you say … "You did well to nun damme straight".

“Now you will ask yourself why I'm telling the bad moments – writes Lena Biolcati's daughter again -. How long does it take to tell everything we have experienced? 35 years of laughter, jumping on the mattress, how the table is set, the horse of Pantelleria, the vacation videos edited in analogue, the corrections of the scripts, the lyrics of the songs when you didn't understand if Facchinetti's melody was ta-ta or ta-ta-ta… I don't have it now all this time and maybe, I want to keep it just for myself ”.

Silvia's letter reveals a great love for Stefano D'Orazio that nothing can ever erase. "Many Ste 'have written to me, and slowly I answer everyone I swear – explains Silvia -. I also answer those I don't know. All those people who sang and dreamed with you. Even if this side of your life was often a bit difficult to accept. Whenever I was able to be with you, there was always someone else too. At the restaurant, on vacation, on the street. A photo, an autograph, an interview, a concert or a television broadcast when instead we had to be together. I have always been a bit selfish I know. But you were also this, you cannot separate the man from the artist, it would be like denying what you lived for. And you belonged to everyone else too. It is thanks to the artist that we met 35 years ago, but I was happier to have lived the man. I had "this great privilege, yes".

"Usually, in these moments, you were always there to say a few words to me, to explain things to me with a smile: life, humility, generosity, altruism, but also pain, suffering and death , and you always explained them to me with so much irony, 'n ever lacking irony for charity! Now who can explain 'these things to me'? Who makes me laugh in difficult moments? ".

"Ste '… I've been calling you Ste' for 35 years – he continues -. You always said you didn't know how to do it, that you tried to improvise as best you could, year after year. First with a lively girl, then with a problematic teenager, then with a runaway girl. And finally, here she is, a 40-year-old woman, now 41, always with her unmistakable temper, but to whom you have taught so much. And I hope I managed to resemble you a little, at least in the most important things, because that's what should happen between fathers and children, isn't it? We grow up together, and improvising, we end up looking alike.

"Have you seen Ste '? – Silvia concludes, addressing D'Orazio -. You have done so much to plan everything, in the smallest details, as only a Capricorn ascendant Virgo can do, you never missed anything … and yet, without even realizing it, you found yourself a daughter … the one you said to "You know Piccy … I wish I had written it 'Sons', to be able to dedicate it to you ”… that daughter who would now like to be next to you to tell you that word never spoken… Hello… Dad. For all my tomorrows, you will be… with me ”.

Barbara Catucci
7144 posts
Previous Post
Ficarra and Picone, the last episode of Striscia and the emotional farewell
Next Post
Meghan Markle and Harry, first Christmas alone in the US with Archie