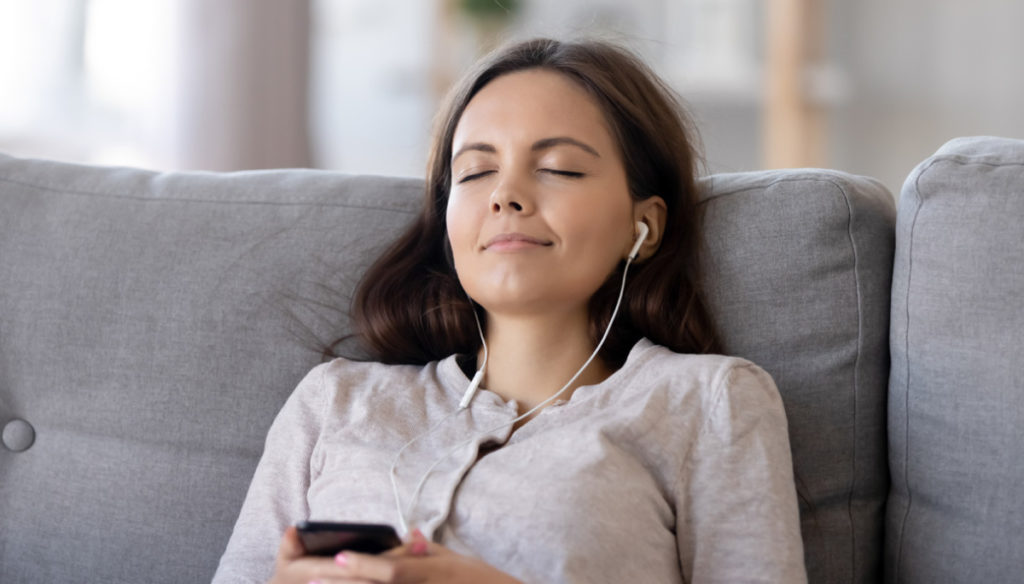 Five women, between 18 and 23, struggling with stress. They are not exactly like Louis Hamilton at the wheel and have to go through an urban traffic overload. A guide through traffic lights, queues, detours. This was the environment in which an original scientific experiment took place involving the State University of San Paolo, (headquarters of Marilia, where the test took place), the Oxford Brookes University in the United Kingdom and the University of Parma.

First the volunteers did this gymkhana in traffic in the silence of the cockpit, then they repeated the experiment feeling music. According to the results of the research, in the second survey the parameters of stress, such as the acceleration of the heartbeat, are better results. The heart, with music, tended to beat more slowly. In short, listening to the rhythm you like best can help fight emotional tension and above all reduce its impact on the body's well-being.

This is how the notes work

The study on women at the wheel, however, is only the latest in a long series and confirms what was already significant about the role of music in promoting well-being. The rhythm that is always the same, the classic mantra of Tibetan monks, can help to keep the heart rate more regular and reduce the risk of breathing too quickly. And some time ago a research appeared in Circulation had clearly shown that the classical can even reduce the values ​​of blood pressure.

But be careful: we must not focus only on Bach melodies or sacred harmonies to have positive effects. Research shows that the effect of music should not be tied exclusively to the sweetness of the melody, but rather to the structure of the song. So even a rock rhythm, provided you have a good alternation between crescendo and decrescendo, can do for you.

On the other hand, even Chinese medicine indicates how the art of the pentagram can help the well-being of the organs, which would be connected to the different notes. In this case the La is optimal for the liver, the Do for the heart, the Fa for the spleen, the Sol for the lungs and the King for the kidneys. And the therapist becomes a sort of Riccardo Muti. It is recalled by the texts of Chinese medicine that show how there is a close relationship between the notes and the sound emitted by the main organs, both to the classic touch of the caregiver and to auscultation. The "music" of the body, therefore, can become a means of identifying the various diseases.

How stress is born

Stress is a completely normal reaction. When we have to react, for example for a sudden assignment or for an examination, the body must adapt to the situation that presents itself, through the hormonal and immune response.

The keys to the answer are cortisol, adrenaline and other hormones. Cortisol promotes brain activity, so when one is "rightly" agitated, as in the case of a university exam or a job interview, intellectual performance increases.

Other hormones, such as catecholamines (adrenaline and noradrenaline) can instead activate other systems, such as the cardiovascular and respiratory systems. It is thanks to these that the speed of the heart rhythm increases, so that the heart pumps more frequently the blood which has the task of spraying the organism, and also the arterial pressure, which contributes to increasing the blood supply.

Unfortunately, if the effect of stress continues over time, the situation is reversed. A situation of malaise and an uncontrollable anxiety appear, in addition to the typical annoyances of tension, classic problems related to stress. And heartburn, strenuous digestion and poorly controlled bowel movements appear.

On the face of the respiratory system, then, there may be alterations of the normal rhythm of breathing with the appearance of more labored breaths. Finally, it can become a problem to fall asleep and rest as needed. Insomnia, and in any case a bad quality of sleep, are in fact conditions that bind specifically to emotional tension.