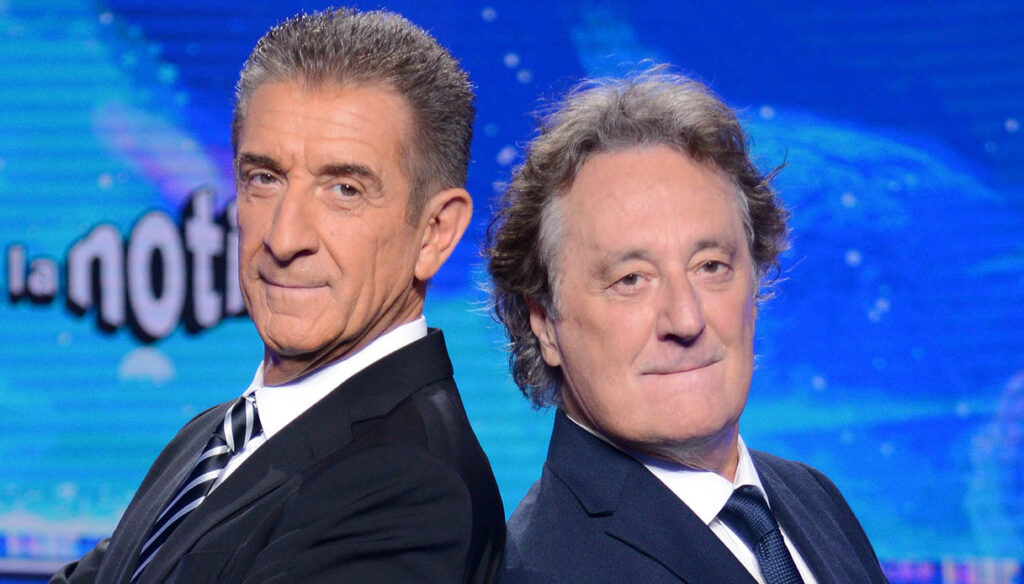 Change of management behind the counter of Striscia la Notizia: in place of Ezio Greggio and Enzo Iacchetti arrive Gerry Scotti and Francesca Manzini

Change of helm at Striscia la Notizia, where Gerry Scotti and Francesca Manzini arrive from 8 March, taking the place of Ezio Greggio and Enzo Iacchetti.

The longest-running pair of conductors of the satirical news leaves room for the most recent one. In fact, last year Francesca made her debut behind the counter of the satirical news of Antonio Ricci, where she already lent the face (and above all the voice) for the imitations of Mara Venier made with the deepfake.

A confirmation arrives for her, rewarded with a period of three weeks. Gerry and Francesca will in fact remain "in charge" until March 27, when Michelle Hunziker will arrive next to the conductor with whom she will ferry the program – except for last minute changes – until the end of the season.

For Gerry Scotti it will be the eleventh edition in Striscia – with over 300 episodes to the credit. "It's been 24 years since my first run of the satirical news program – he remembers – but, it seems incredible to me too, the emotion is always the same. The desk that the undersigned has broken through is no longer the same! ”, He jokes, referring to the famous moment a few years ago (when he was paired with Gene Gnocchi), in which he literally broke down the counter on which he jumped.

For Francesca Manzini “Returning to Striscia alongside Gerry after a year – she says – has the flavor of home, happiness, gratitude and responsibility. And, as someone said … 'if I'm wrong you will correct me' ".

For Gerry it will be the first management since he became a grandfather. The presenter, in fact, welcomed his granddaughter Virginia into his family last December, who takes his name from him and who made him – if possible – even more tender in the eyes of his fans, especially after the publication of the photo in the park with the stroller and interviews in which he declared that he was even afraid to pick her up the first few days.

Now "grandfather Gerry" returns to work after a few months of inactivity due to the suspension of Free Fall recordings and Covid, which he took and which forced him to be hospitalized for almost two weeks. A great joy for Scotti, for whom 2021 has taken a beautiful turn.