Summer loves: because they end after the holidays 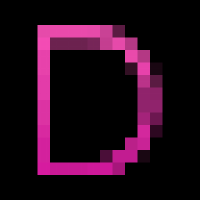 Summer loves are a problem for many girls, who can't leave everything behind after a vacation. Here's why

Summer loves are a true symbol of suffering: first the momentary infatuation, a fairy tale lived, perhaps, on the seashore, watching the sunset together, and then the abrupt end. The end of everything, and the new beginning. Many are unable to experience this situation as they should. The attacks of nostalgia, depression, fear begin and continuous thoughts start to arise about a possible future together. Not infrequently, an infatuated girl also begins to wonder if he feels the same towards her.

However, the reality of summer loves is often more complicated than it might seem at first glance. These are certain psychological mechanisms that are activated immediately as soon as the right opportunity occurs. And what is the best way of a holiday, when both are relaxed, outside their respective circles of daily life, with the psychological barriers raised, but better penetrated? And here you just need a smile, a few jokes, a walk together, maybe he is bare-chested and she is in a bikini, because the light of the sun or moon makes it seem that one is perfect for each other.

Often, however, it is a temporary infatuation; of a crush that tastes like an illusion. You live far away, sometimes even more than 1000 kilometers, and then everything becomes particularly difficult. Not seeing each other leads to the dissolution of the previously established ties. This, for its part, ends another episode of summer loves in the dumpster of failed relationships. Over time, – which is the best adviser, – everything becomes clearer. The level of hormones in the blood returns to normal and you can see the situation in a more lucid and rational way. Then you also start arguing with your partner.

Other problems arise: who should reach the other first? And why doesn't he call frequently enough? What if another has been found in the meantime? All these questions affect the psyche of both, who therefore begin to become highly restless and also worried about various factors. In 90% of cases, the result of summer loves is obvious: breaking. The only thing that could change is the length of time a relationship of this type lasts. For the sake of truth, however, it must also be said that sentimental relationships were born after a holiday and resulted in eternal love.

Giovanna Pirri
5949 posts
Previous Post
Buffon: “I would die for my children. And I want happiness "
Next Post
Smoking in pregnancy: 5 reasons to quit