Summer, what can be done: the hypothesis of the immunity passport 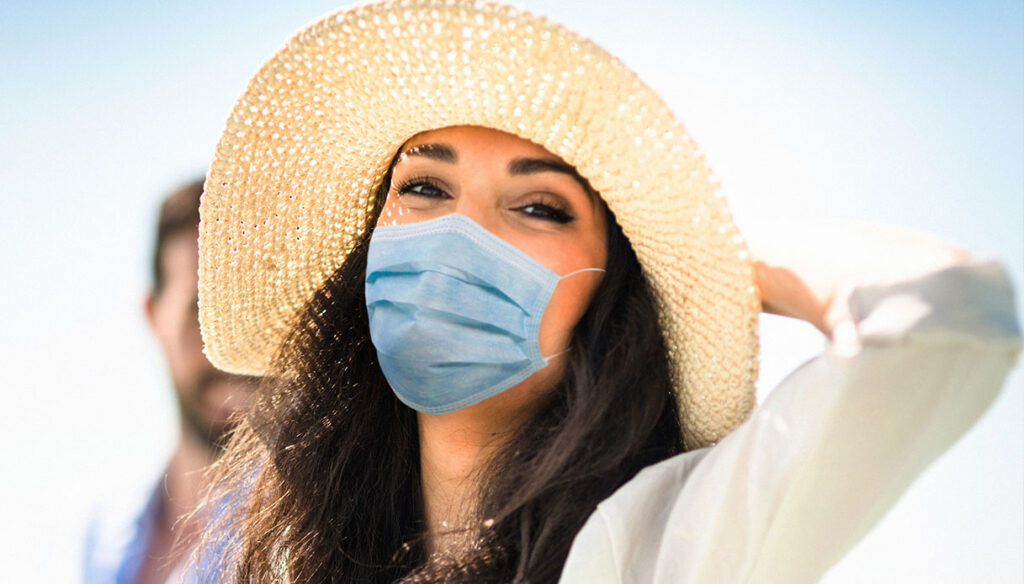 With the arrival of the heat of the last few days, many have started thinking about summer and wondering what can be done and if you can travel

With spring almost upon us and the pandemic showing no signs of backing down, many are wondering what we can do this summer, if we can travel and if we will be able to spend some vaguely peaceful holidays. It now seems clear that the approach taken last year during the hot months did not turn out to be the right one, given the second wave that soon came to ask for the count of too many freedoms granted.

If it is true that we can no longer afford to underestimate the problem, hoping that the numbers of infections will decrease as temperatures rise, it is equally true that we cannot think of spending a summer in total isolation, with prohibited movements. between Regions and the continuous alternation of colors in the various territories. Finding a compromise and a balance between the priority to be given to health and the need not to completely destroy the economy and people's psyche, however, is increasingly difficult.
So, in view of a summer 2021 still struggling with Covid-19, we are trying to find a common solution that allows people to still be able to move and travel, albeit with the necessary precautions to avoid the return of possible new waves. .

This is why the idea of ​​the "passport of immunity" has come back into vogue, discussed by the leaders of the 27 member countries of the European Union. Because a choice of this type cannot come from a single state, but must be shared and implemented by all to be effective. To push towards this solution are mainly the countries of southern Europe, those understandably more involved, which would like to be able to count on tourism revenues at least in the summer months. But what would the immunity passport consist of? How will it work? What are the opinions in this regard? We tried to shed some light on the subject.

Immunity passport, what is it

At the moment there is no real definition that explains what the immunity passport will look like (if it should actually be approved). The idea is that it is a sort of document that certifies the immunity of a person, because they have already been vaccinated or because they have already had Covid and therefore still possess antibodies.
The objective of the European Union is in fact to vaccinate at least 70 percent of the adult population by the summer, as confirmed by the president of the Commission Ursula von der Leyen. A hypothesis challenged by the delays in vaccine deliveries and the relative implementation of vaccination plans which vary from country to country. For this reason, however, it was decided to introduce this type of document.

Passport of immunity, how it works

The idea of ​​the European Union is to be able to implement this project by exploiting the potential of digital: thanks to a common platform, immunity passports could be managed with a more streamlined procedure, to make the verification of certification at borders easier and faster. or at airports.
According to what von der Leyen said, the giants of the web Google and Apple have already offered to propose solutions, now under consideration by the World Health Organization. Proposals that would not be so different from those being discussed within the Union. The doubt, in fact, is always related to potential violations of privacy: the president of the Commission would not want to leave the (particularly sensitive) health data of millions of people in the hands of private companies.

Passport of immunity, for and against

At first, many countries were skeptical about the creation of an immunity passport, but the outlook is changing. Among the countries that are pushing the most in this direction is Greece, which for months has been carrying out the proposal to try to save the tourism sector at least in the most favorable months.
Among the countries that had expressed the most doubts would be Germany, France, Belgium and the Netherlands, according to which it would still be early to talk about an immunity passport, given the very low numbers of vaccinated people in the EU countries. Since the meeting on February 27, however, these positions seem to have softened and the leaders would have shown themselves more open to confrontation.
"We all agree that we need vaccination certificates. In the future it will certainly be a good thing to have a certificate of this type, but this does not mean that only those with such a passport will be able to travel; No political decisions have yet been made on this, ”said Angela Merkel.

Passport of immunity, the opinion of Mario Draghi

At the meeting on February 27, Mario Draghi did not express a clear opinion on the immunity passport, despite Italy being among the countries that most benefit from tourism in the summer months. In fact, the speech by the Prime Minister focused more on the need to accelerate vaccinations. As if to say that until certain objectives are reached, it is also useless to discuss the aftermath. For this Draghi would have asked for a change of approach by the European Union towards pharmaceutical companies that do not respect the commitments in the supply of doses.

Passport of immunity, the example of Israel

At the moment, the only country that has announced that it will introduce some sort of immunity passport is Israel. Here the system will work through an application that will certify that the person has received the vaccine or is cured of Covid. These people will therefore be able to access public places open only for those who have the certification.
To push for a solution of this type is Austria, whose German chancellor has said he is very favorable. Sebastian Kurz in fact said this certification could be introduced throughout the European Union not only to allow travel, but also to be able to go to bars, restaurants and access public events (such as concerts). Only in this way, according to him, can one think of returning to a normal life.
It must be said, however, that Israel is the country ahead in the world with vaccinations (out of 9 million inhabitants more than half received the first dose of vaccine and over 3 million completed vaccination with the second dose) and therefore it is the only one who can already hypothesize solutions of this type. The situation in Europe at the moment is quite different.