Sylvana Simons, who is the former black woman DJ to start a party in the Netherlands 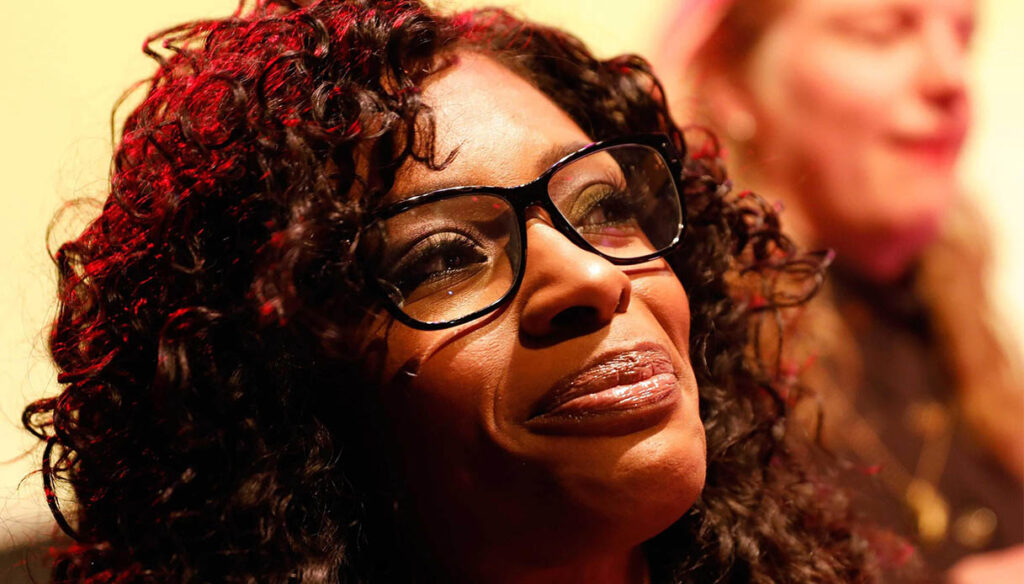 Former DJ and TV presenter, Sylvana Simons has clear ideas about the future of the Netherlands and promises: "We are trying to change the system"

Determined look and clear ideas. Sylvana Simons is not a woman who needs an introduction in the Netherlands, where she has long hosted television and radio programs. Its image is clean and represents the face of minorities, of the oppressed, neglected by a system that apparently seems open and progressive, but which hides deep discrimination. Which she is willing to unhinge.

“We are not trying to make this system better or fairer. Not gonna happen! We are trying to change the system, "he says and in his words there is all the strength of those who have a well-defined project in mind. The goal is to overturn the cards on the table and bring to light the hypocrisy of a state that for many represents an example to follow, when instead it should worry about what is going on behind this facade, an "institutional racism", as she herself defined it in an interview with Opendemocracy.

Born in 1971, Sylvana Simons was born in Paramaribo, Suriname, but her parents moved to the Netherlands when she was only 18 months old. In the nineties he began his career in the entertainment world, working in radio and television, where he conducted music programs and talk shows. But not only that, because he also ran a column on Playboy for a few years and wrote two books. In short, he did not need notoriety.

His choice to devote himself to politics comes in 2016, when he decides to join the Denk political party to try to fight racism, discrimination and the fight against xenophobia. Her project: to work for the "decolonization of education" and for "the emancipation of women". Not content, a few years later she throws herself headlong into a new party she founded, which first takes the name of Artikel 1 (in reference to article 1 of the Constitution which speaks of social equality), to then be renamed Bij1, from the Dutch word "bejeen" which means "together".

Sylvana Simons is therefore the first black woman to have founded a party in the Netherlands. A party that expressly professes to be anti-racist, feminist, intersectional and radical. But why did a woman of her caliber feel the need to actively take the field? She herself explains it to Opendemocracy: “The Dutch have perfected their facade. Things seem to be going well from the outside. We tell ourselves that we are tolerant, understanding and progressive, and that the rest of the world is backward ”, but the reality is very different from what it appears.

In politics, women (especially black women) are still under-represented: in the Dutch Senate, out of 75 members only 26 are women, two of whom are black. In the last elections of 2017, the right wing, which presents racist and sexist ideas, obtained a significant number of seats, supported by movements including youth. Last May, the Belastingdienst, the Dutch tax authority had systematically flagged people with dual nationality for additional inspections. Signs that the situation is not as rosy as it seems for minorities. For this Sylvana Simons has decided to intervene, to "unite people whose lives are endangered by far-right movements and form a strong force to counter them".

Its program includes the introduction of a Ministry for Equality, a Constitutional Court, currently absent in the Netherlands and a real focus on inclusiveness. Points that he will try to bring to attention in the upcoming electoral campaign. For now, yours is a small party, but she dreams big, she hopes to enter Parliament and dismantle the system from within. A battle that has already earned her the hatred of several users, who have stormed her social profiles with racist and sexist comments. But she doesn't care, she looks straight ahead and, with her head held high, goes her own way and fights for all those who, unlike her, have no voice.

Giovanna Pirri
4840 posts
Previous Post
Island of the famous 2021, the report cards of March 15th
Next Post
Daniela Poggi: the pain of her mother's illness and her relationship with Walter Chiari