Tako-Tsubo syndrome: the "heartbreak" of women 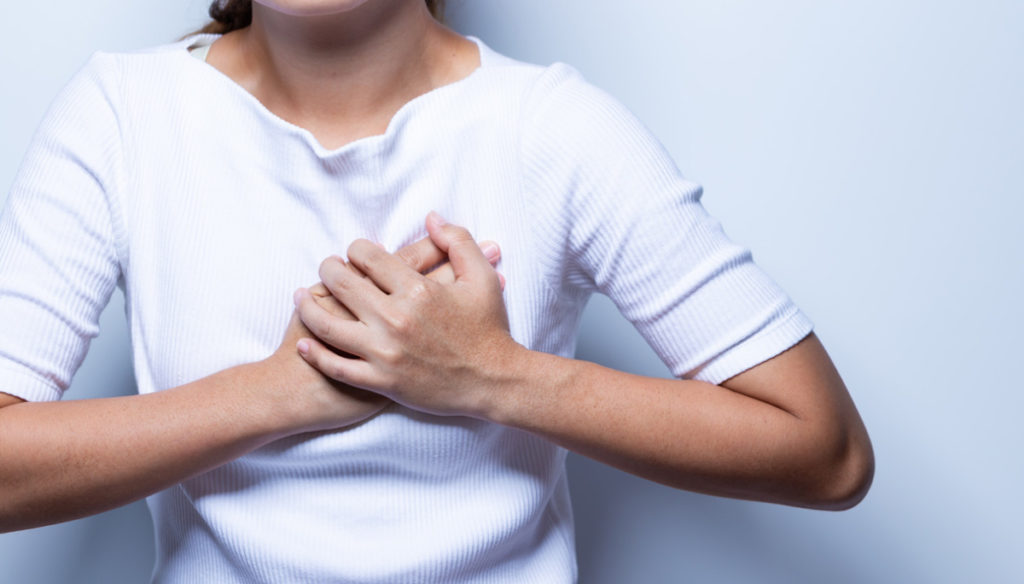 Symptoms (similar to those of infarct), causes, risk factors. And a recommendation: never forget how important it is to get to the hospital early on when it comes to your heart

Do you know the shape of a basket in which Japanese fishermen collect octopuses? Probably not. Well, imagine a "balloon" and know that it is precisely the anatomical transformation that the heart undergoes when it is hit by the Tako-Tsubo syndrome, described for the first time at the end of the last century, that today we could define heartbreak disease ".

Another thing that you may not know is that suffering from this picture, which often manifests itself with the classic signs of a heart attack from the strong pain radiating from the chest to the throat and shoulders, is women. On average, in about one in ten cases, the heartbreak attack appears in males.

Technically, let's be clear, cardiologists do not speak of "heartbreak". It would be a bit reductive, even if the term expresses well the correlation between a highly stressful and negative event, such as a grief, and the reaction of the heart. For the experts the name of the picture is more complex: "stress cardiomyopathy".

The problem is that thinking about heart attacks is almost essential, and not just because of the classic symptoms of heart attack. Because after the rush to the emergency room – never forget how important it is to get to the hospital early because the time is heart and the more the hours pass, the less are the chances of saving a life or limiting the damage of the lack of oxygen to the muscle – the electrocardiogram has waves that make one think of cardiac ischemia.

And to make matters worse, blood tests that detect potentially altered enzymes when heart cells die can also be positive. Thus, with a diagnostic examination on the coronary arteries, one realizes that there is no "blockage" of the circulation which would justify the lack of oxygen to the heart cells. In short: the "heartbreak" is in some ways still a mystery, all female.

Besides affecting above all the fair sex, the heartbreak (obviously not psychological but physical) tends to manifest itself particularly after menopause.

The reason is simple: before the drop in the rate of estrogen in the blood, it is precisely these hormones that work as a real protective "shield" for the heart. And then, let it be heartbreak with a possible return to normality after a few weeks (but it does not always happen) or it is a real heart attack, it must be kept in mind that there are situations that put the female heart at risk and that certainly do not begin with the period leading to the end of fertile life.

For example, if you have suffered from diabetes during your pregnancy, if you carry the burden of chronic inflammatory diseases or autoimmune diseases, which in practice keep the inflammation "on" because the defensive system makes mistakes and produces antibodies against cells or tissues of the same organism, if there have been several abortions the heart should be carefully preserved if possible greater.

Such as? With prevention, which means:

And then, remember to say stop smoking, from a young age. Research published in the American Journal of Cardiology conducted by scientists at the Sheffield Teaching Hospitals NHS Foundation Trust together with the University of Sheffiled (find it here) confirms that the relative risk of having a heart attack in those who smoke was higher in females than in males , especially with the advent of menopause.

But he also says that the greatest increase in risk occurred in women who said they smoked between the ages of 18 and 49. For them the risk of developing the most severe form of heart attack has even increased thirteen times compared to the same age that did not light cigarettes. And don't forget the final warning, valid for all. If the heart throws the alarm with a strong pain (sometimes in the woman it can deceive, with more "mysterious" symptoms), you go quickly to go to the hospital. If it will be the heartbreak or other syndrome, the doctors will tell you.

Gianluca Zompi
2314 posts
Previous Post
First media, exercises and tests to prepare for the entrance test in mathematics and geometry
Next Post
Balenciaga's speed trainers: here is the new street style trend
You must be logged in to post a comment.
Menu