Talking bad about friends: why it happens and what to do 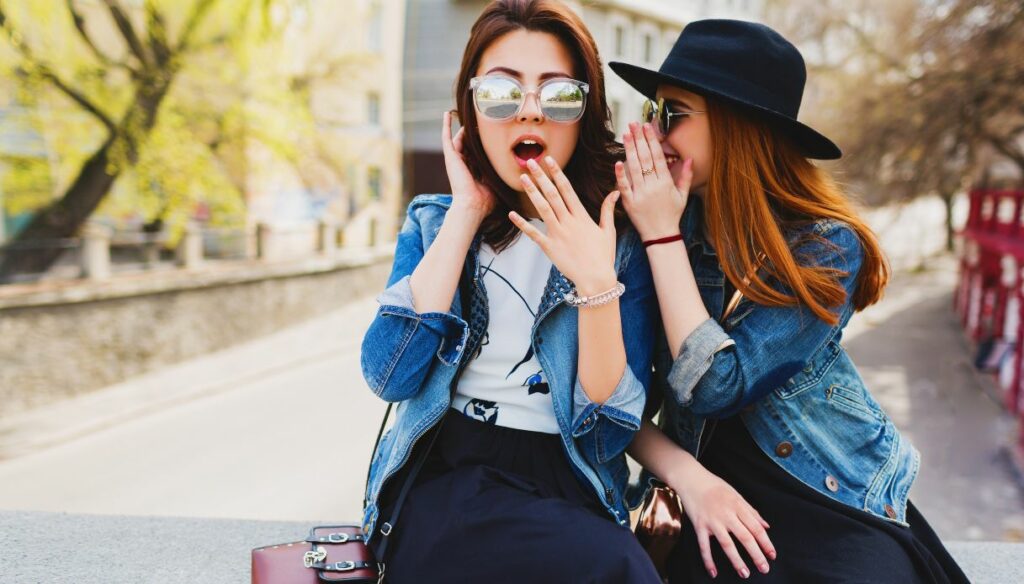 Sometimes you have thoughts about a friend that are not really constructive and you can’t hold them back. Let’s see the reasons why we speak badly of our friends and what to do

Because we speak badly of friends

Maybe it happens that you have not-so-nice thoughts about a friend of yours, even a close one, and not be able to hold them back. Maybe you even get to know and make a figure, let’s say, not exactly beautiful, also risking losing your friendship. Now, she calm down. Let’s try to see together the reasons why this happens and, starting from this, how to recover if you want and give explanations that are sincere:

Difficult to admit it, complex to declare it, very hard to express it, one of the main engines of speaking badly is all here: envy. Maybe your friend has achieved something that still seems far away to you. Maybe it’s parents who gave her something you can’t have or friends who gave her a compliment that you wanted to receive. Here, in all these cases, the motive is found in a simple word that ends up complicating friendly relations so much and beyond. She remembers that you have everything and you can have everything and that if, even if it happened to speak ill of your friend out of envy, you can recover by humbly admitting what you felt. If the friend cares about the relationship does not bring her confession to her advantage, she does not rage on your momentary weakness and you can lay the foundations for an authentic relationship, even improved by the “crime”. If instead it were to play on what happened and make you feel even worse, well, she considers that perhaps this friendship will gain if you lose it, really.

You need to be the center of attention

Maybe your friend has had attention and care from the group of friends and you wanted to take back the central space by burying her with words. It happens. Sometimes we feel less and do everything we can to stay in the center, which is still a normal process in the growth phase. Gradually you will discover that the real power lies in not needing to receive attention all the time, quite the contrary. Talk to your friend and tell her that you are sorry; find ways to be in the center for two, like a real team.

You want to end the friendship

Sometimes we don’t have the courage to tell those who love us how things are and we find ways to end the friendship even in a drastic way. This is why we begin to speak badly behind our backs or have attitudes for which we disrespect the person who until recently we considered a friend and treated as such. Always remember that, if you want to end a relationship of friendship, it is better for you to speak clearly in order to avoid unnecessary suffering and open the chain of slander.

You want to take revenge if he spoke ill of you

Sometimes we get rumors that we don’t know if they are true or false but that hurt us. Then the immediate way becomes to hurt with the same weapon and start speaking badly, revealing facts we promised to keep secret or even inventing them with the aim of disfiguring those who betrayed us. Wanting to take revenge is human behavior, but you can always learn to do it with class, without necessarily lowering yourself to the level of gossip. Hardly – if we want to teach a lesson to those who have made us suffer – we punish effectively through backbiting. Think carefully about doing the same thing with someone who has hurt you by speaking badly of you. You may get unrewarding results and unleash further real or made-up mischief behind your back. Sometimes it is better to face face to face those who intentionally wanted to disrespect us and should only apologize to him.

What to do if a friend talks badly about you

What to do if you find that a friend is talking badly about you? First, check the source. Do those who report information have any interest in making you fight? Can they benefit from putting discord among you? Secondly, check for yourself, try to intuitively feel if it seems true or false and then, as a last resort, try to confront yourself directly with the one who would have said bad things about you. By following these steps, you don’t risk going on a rampage for nothing and turn the situation to your advantage.

Sure, you may feel a lot of pain when you get the information, but always remember that emotions are a wave and sometimes it is better to wait for this very high wave to subside before acting. So let go of the emotion of humiliation, frustration, doubt, suspicion and stay centered in self-confidence. The rest takes place in the best way, if you keep the faith in your person, that is, if you keep the conception of yourself high. Remember, in general, that if a friend has spoken ill of you, she may do it again in the future. People who need to constantly talk bad about others hide a huge sense of inadequacy and constantly feel inferior, live in insecurity and don’t know how to believe in their power. This is why they become extremely dangerous if you want to establish a friendship with a solid foundation of trust and mutual listening. In other words, if a friend talks badly about you, she might be doing you a favor by going to describe her person better than any other definition. Anyone who talks badly about you is doing you a favor by explaining her intentions and implicitly her low worth. Don’t lower yourself to the same level, stay pure.