Taranta, the dance of female distress 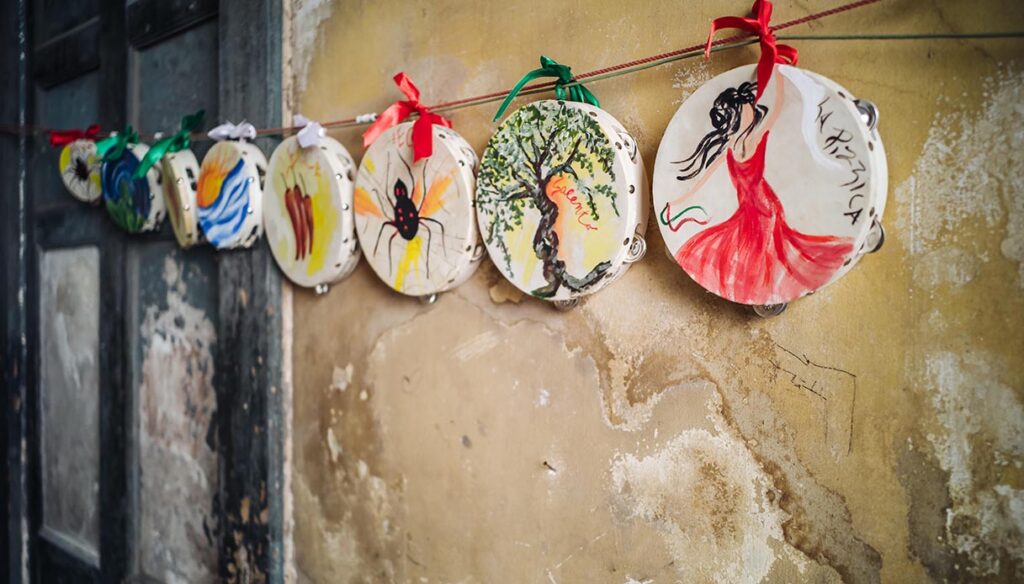 Backbreaking work, marginalization and strong sexual repression of the peasantry. An apparently lethal mix which, however, had an escape: the taranta

When temperatures soar and the calendar confirms that the most awaited season of the year has begun, preparations for one of the most important events in our country begin in the south of Italy: the Taranta Night. It is one of the most famous and awaited events of the boot, the one that stages the famous and mysterious Salento dance.

Everyone knows taranta. Some of us have even delighted and amused to move the steps to the rhythm of that popular music that has its deepest roots in Salento folklore. And if today the summer date and traditional dance, which represent one of the most fascinating phenomena of popular culture, are known all over the world, there are few people who know the true story of the taranta.

The one that contains a bit of magic and a bit of mystery, that preserves ancient stories, the same that tells of the discomfort of the female condition from a long time ago, but not too much. 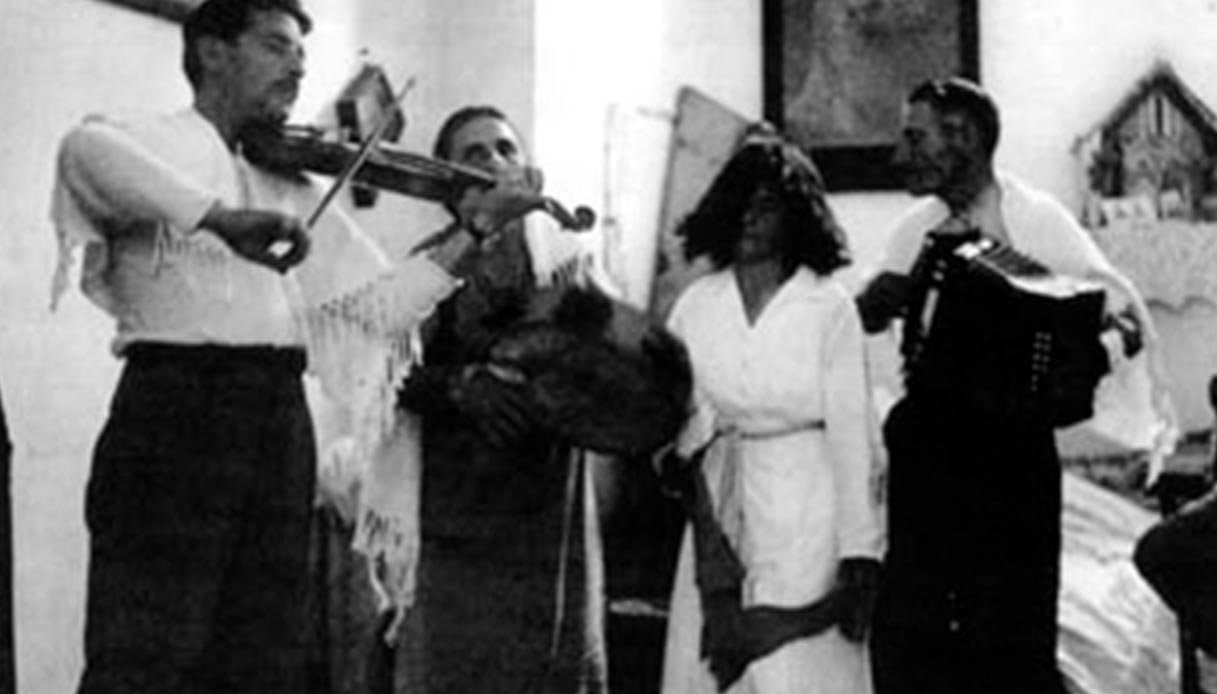 Between magic and mystery: the Taranta

History teaches us that the taranta has always had a very important cultural and social role. The dance, in fact, was at the center of the worldliness of the Salento nobility and, according to some stories, even Ferdinand IV of Bourbon, on the occasion of a visit to the city, delighted in this dance.

The popular origins of the taranta have meant that this dance has reached the present day becoming a real symbol of Salento folklore. However, the history linked to the origins of this dance is in stark contrast to the atmosphere that reigns during the events that stage it.

The history of the Taranta is linked to tarantism, a disease caused by the bite of a spider, the tarantula in fact. Once pinched by the animal, the bitten women showed very disturbing symptoms. A disease or a form of hysteria due to the cultural context?

The origins of taranta, in fact, are steeped in the land of the region and in the tiring and exhausting work of the peasants, in popular suggestions and in female discomfort. Because it was they, the tarantate, who were the most affected by that pathology. They who, forced to spend the days hunched over on two knees, in the days of harvest, were pinched by the spider, by the taranta.

And then there she was, in all its brutal force, that pathology was unleashed: severe abdominal pain, spasms, deep frustration and widespread malaise. Those women, by now, had been pinched, marked by that strange disease whose only cure was a dance.

The pizzicata, in fact, had to dance: only in this way would she have defeated the effects of the spider's bite, with a musical therapy. But the presence of that orchestra that played, and that induced the tarantate to dance, also represented the indelible mark of the unfortunate, the same destined to be marginalized by the community.

Yes, because being bitten by the taranta was a real misfortune that marked the lives of women and girls, forced by that unfair fate to dance, obsessively, for weeks, months and years. 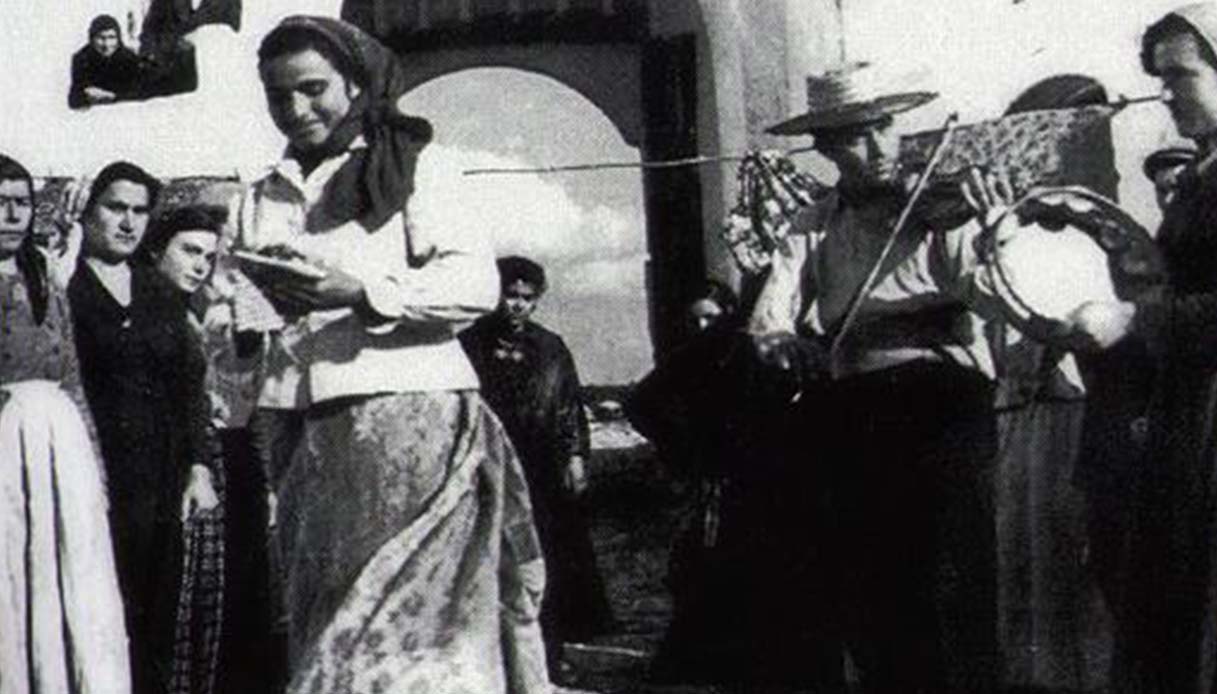 The tarantate, the spider and the triggering force

Everyone has been interested in the taranta and its origins: men of science, anthropologists and sociologists. They studied the gestures, they imitated them to interpret the signs. They tried to research its causes and yet it emerged that no spider present in Puglia, and in Italy, is able to cause those symptoms manifested in tarantate.

So, what exactly is tarantism? The causes of this "pathology" must be sought elsewhere and are clearly, and inextricably, linked to the Apulian land. The region, which has always been a crossroads of peoples, traditions and rituals, is the guardian of ancient rites halfway between the sacred and the profane. And we cannot ignore this when we talk about the origins of the taranta.

Probably comes from here the choice to find in the spider the symbol of the triggering force of a deeper suffering that concerns the marginalized of society, the peasant women forced to work the land in inhuman conditions, the same ones they find in that tarantism, and in the consequent cure, the only opportunity to get out of that frustrated condition.

The same that frees them from the sufferings and constraints of a patriarchal and peasant society, of which women were victims. Because, needless to say, that spider pinched almost exclusively women.

Female discomfort and the "redemption"

The Church has also tried to intervene on this syndrome which manifested itself above all in the summer months, which coincided with the wheat harvest in Puglia. In fact, as early as 1700, testimonies of a request for pardons have been collected from St. Paul "linked by a thousand roads to snakes and spiders". This interpretation, however, is posthumous to the birth of the phenomenon and is a Christian addition that still survives today. In fact, every 28 and 29 June, the Salento taranti repeat that dance in honor of St. Paul inside the church of Galantina.

But the profane symbols linked to this dance cannot be forgotten. There is the bite of the spider, the dance and the drum, there is the circle that is a symbol of sacred space and there is the earth. But there is also the discomfort of the population, the one inexorably linked to the human psyche.

For scientists, this is a collective and hysterical phenomenon that reflects southern unease. The theses with a cultural background were then also endorsed by doctors. After all, just take a look at the belief, which concerns the entire area of ​​Lecce, which provides that evil does not manifest itself thanks to the protection of St. Paul. So sacred and profane coexist, while the condition of women is the background to the whole phenomenon.

We must not forget that tarantism manifested itself exclusively in the poor and disadvantaged classes of Salento. And it does not take long to understand how this was nothing more than the mirror of the social malaise of this community forced to work in exhausting conditions, to live in cramped houses, and to be marginalized by the rest of the population. With the pinched everything changed: people, especially women, could give vent to their discomfort.

The land of remorse

One of the major contributions on the history of the taranta was made by the anthropologist Ernesto De Martino, recognized as one of the greatest scholars of the phenomenon. His work, La terra del remorso (1959), dissects all the aspects studied up to that moment.

De Martino interviewed the tarantate women, spoke with psychiatrists, scientists and musicologists. It emerged that tarantism often emerged following a triggering event such as a bereavement, a family problem and a disappointment of love. Added to this was the strong sexual repression of the peasantry. An apparently lethal mix which, however, had an escape route: the one that bore the name of taranta. 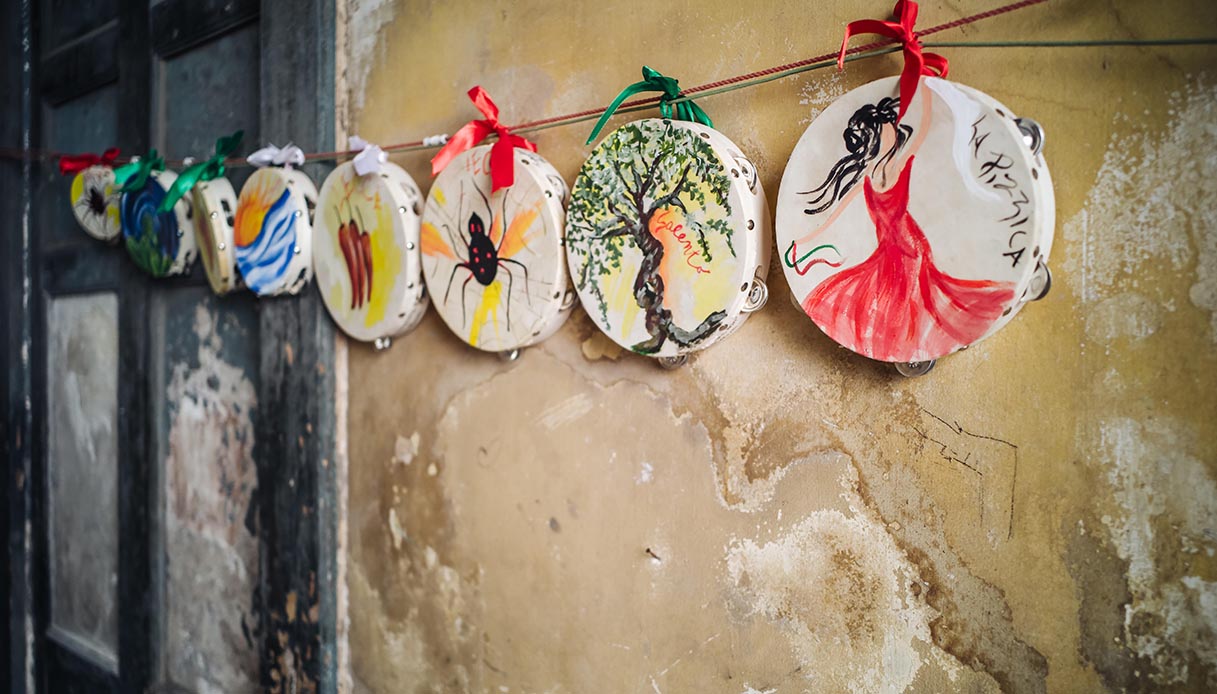 Giovanna Pirri
5759 posts
Previous Post
Who is Alessandro D’Amico, the former U&D suitor who saved his sister
Next Post
Back to basics: how to dress with evergreen garments that never go out of fashion