Tatangelo undresses against breast cancer but criticism is pouring in

Anna testimonial for the Nastro Rosa campaign of the Italian League for the Fight against Tumors: sexualized image that has nothing to do with the disease

A shirtless girl, with her arms crossed to partially cover her breasts. On the biceps a pink ribbon. It is Anna Tatangelo, testimonial of the Pink Ribbon Campaign organized by the Italian League for the Fight against Cancer, which for 23 years every October recalls the importance of prevention against breast cancer. “Prevention must become a lifestyle – said Anna – all of us must understand that it takes very little: carve out time with fixed, scheduled appointments, to check our health and live better, and, above all, do not risk noticing it too late of evil ». 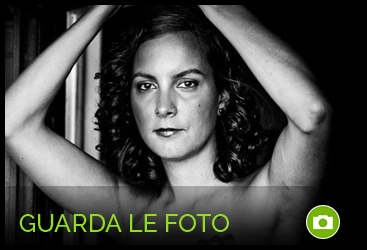 A definitely positive message, which however sparked many controversies on the net. We did not like the choice of such a sexy testimonial, which goes little with an important concept such as prevention and a disease like cancer. “Squeezed breasts and tight abs were perhaps not really necessary for the cause, given that we are talking about cancer and not about turtle – Selvaggia Lucarelli wrote – I just allow myself to add another thing. If you have breasts redone for purely aesthetic reasons, perhaps you are not the most suitable person to support the cause and sensitivity of women who have had to rebuild their breasts because they have been removed. This does not mean that those who are redone cannot participate in the cause or have done something wrong, we would miss it, but perhaps, for a reason of good taste and opportunity, another woman is more suitable as a testimonial “.

Here is a comment by a Facebook user who in our opinion sums up the perplexity of many and many:

The photo bust the whole message. There is sensuality, sexuality, desire. For the female audience it is a cold, distant, non-empathic contact. For the male one (who is not in the target) it is the usual reference to the bird

The most outraged of all are The Furious Amazons. And they feel rightly impressed because they are a group of bloggers who have lived or are living the disease. An open letter to LILT and to Health Minister Beatrice Lorenzin was published on their blog asking to withdraw from the Nastro Rosa 2015 campaign: «The campaign aims to offer a sexualized and trivializing image of the disease, using the invitation to do prevention ». Anna Tatangelo said she was “offended and indignant” and the response of the Furious Amazons was not long in coming:

For its part, the Italian League for the Fight against Cancer said: «LILT asked Mrs. Anna Tatangelo to be testimonial of the campaign and proposed that she” get naked “by creating attention, exclusively, to give strength to a message who intended to make women think about their fears, but who put their strength in their embrace, their defense against an evil that also affects the soul of women (and their reaction proves it) “.