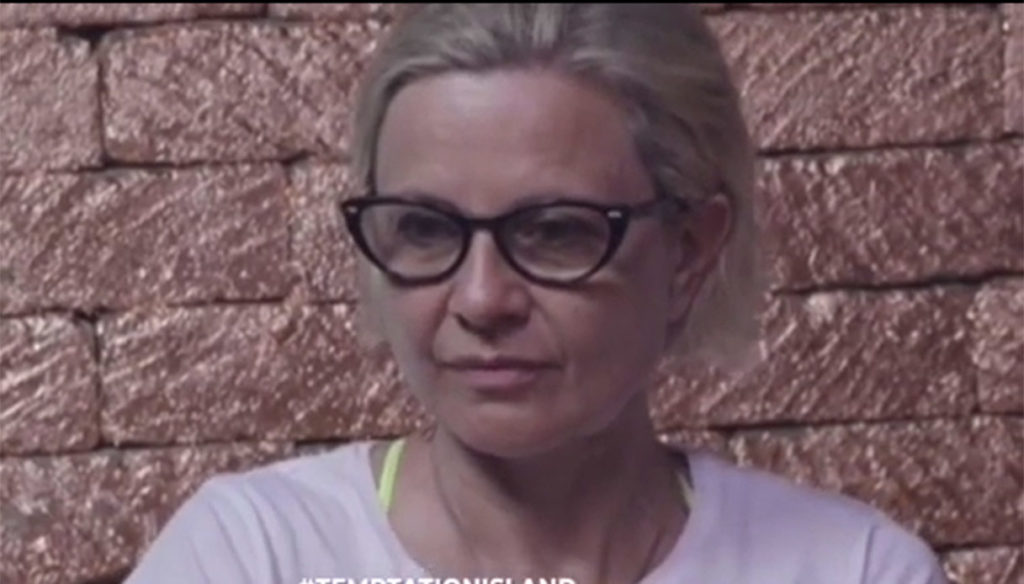 In anticipations of Temptation Island, Antonella Elia is shocked at a video of her boyfriend Pietro

Temptation Island is about to begin and, according to the advances of the first episode, the twists and turns will not be missing, especially for Antonella Elia and Pietro Delle Piane. The showgirl and the actor have chosen to take part in the reality show, testing a love that has managed to resist even the GF Vip, but, apparently, the situation will be difficult immediately.

To reveal it is a video published on the Instagram page of the transmission in which we see Antonella Elia raging in front of a clip of Pietro. It is unclear what she is seeing, but she looks very angry. "Oh God, what are you doing?" He says staring at the screen, then appears very disheartened and comments: "Che bas **** o". "SPOILER! – read next to the video -. What will be happening? For the moment we can only show you this … See you Thursday with the first episode of #TemptationIsland ".

"I have been with Pietro for a year and three months – the former star of Non è Rai had confessed before starting his adventure in reality -. I said yes to Temptation Island because it really tickles me the idea of ​​seeing Pietro how he reacts seeing me surrounded by other men. " Pietro delle Piane then admitted that he was very jealous of Antonella: “I am a man from the South. I have a really physical jealousy. He must not even touch his hand or feet. We avoid ".

In the first episode, according to previews, not only Pietro and Antonella will experience the crisis, but also Andrea and Anna. He is 27 years old, she 10 years older, and they have been together for about two years. Anna dreams of marriage, while her boyfriend would like to do things calmly and first of all go to live together. Temptation Island represents an important test for their love which, apparently, will have to overcome many difficulties. In a video posted on Instagram by the editorial staff of the reality show, Andrea is furious after seeing a clip that portrays his partner with the tempters. Furious, he throws chairs into the air as he walks into the resort garden.

“SPOILER CONTENT: Andrea saw something he really didn't expect – reads the caption of the movie -. We just have to wait for Thursday to find out what happened! #TemptationIsland ".

Barbara Catucci
11951 posts
Previous Post
Tina Cipollari in crisis with her fiancé Vincenzo Ferrara: the indiscretion
Next Post
Cellulite, the effects of scrubs and coffee massages