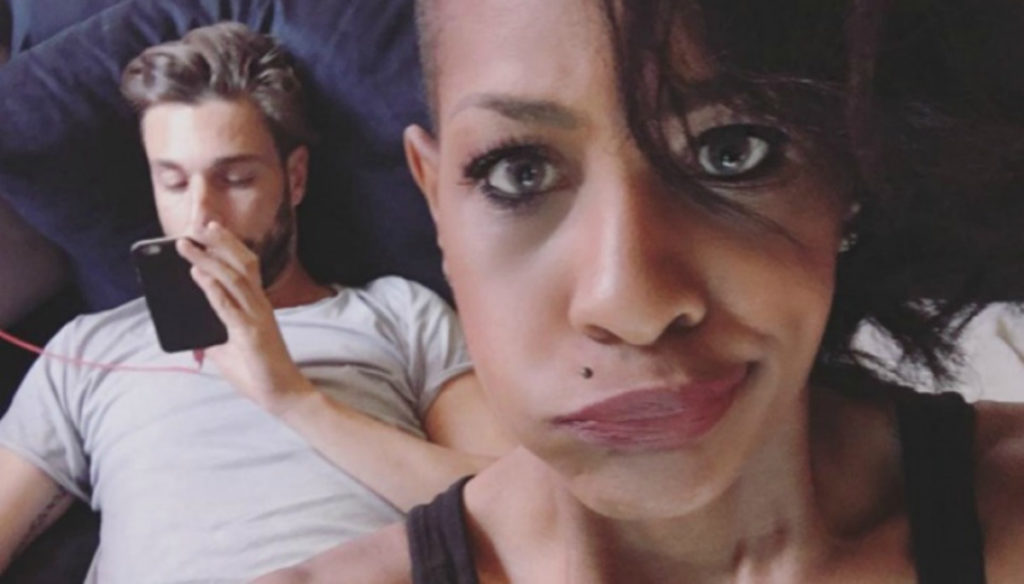 In recent days, a shocking news has circulated on the web and among lovers of Temptation Island: Georgette is pregnant. To kick off the hypotheses a shot posted by Davide Tresse on social media where Polizzi appears in profile while showing a prominent belly. "We are three tonight" wrote Davide, unleashing fans who complimented Georgette on the arrival of a child, excited to know that soon the couple from Temptation Island would have a child.

In reality the truth would be another, as Georgette Polizzi herself explained on her social profiles. The Temptation Island girl explained that she is not expecting a baby from Davide Tresse, but simply has some health problems. In fact, every time he eats his belly swells disproportionately. To reveal it was herself, who thus justified the shot in which she appears in profile with a swollen belly.

“I take advantage of this beautiful but at the same time diabolical and misunderstanding medium, to deny what many have thought. I AM NOT PREGNANT !! "explained Georgette Polizzi on social media to Temptation Island fans" The truth is that lately health is not really on my side … I am not very well and in the evening because of this my belly swells so disproportionate, so much as to seem pregnant “.

From the health problem was born the desire of the boyfriend of Temptation Island to play down, posting the compromising photo "Yesterday Davide looks at me and to play down the situation he tells me" love you know you are beautiful you look pregnant ". I take this photo and publish it ironically writing THIS EVENING THERE ARE THREE !! Obviously writing the tones are not there and the irony is not perceived "said Georgette, who wanted to apologize to the fans who instead had overwhelmed her with greetings and calls.

Lorenzo Gavazzi
2576 posts
Previous Post
Kate Middleton pregnant with the second child. The confirmation of the friend
Next Post
Meghan Markle among the 25 most influential women in the world. Kate Middleton excluded
You must be logged in to post a comment.
Menu