Temptation Vip, as it ended between Andrea and Zoe after the farewell to Nathalie Caldonazzo 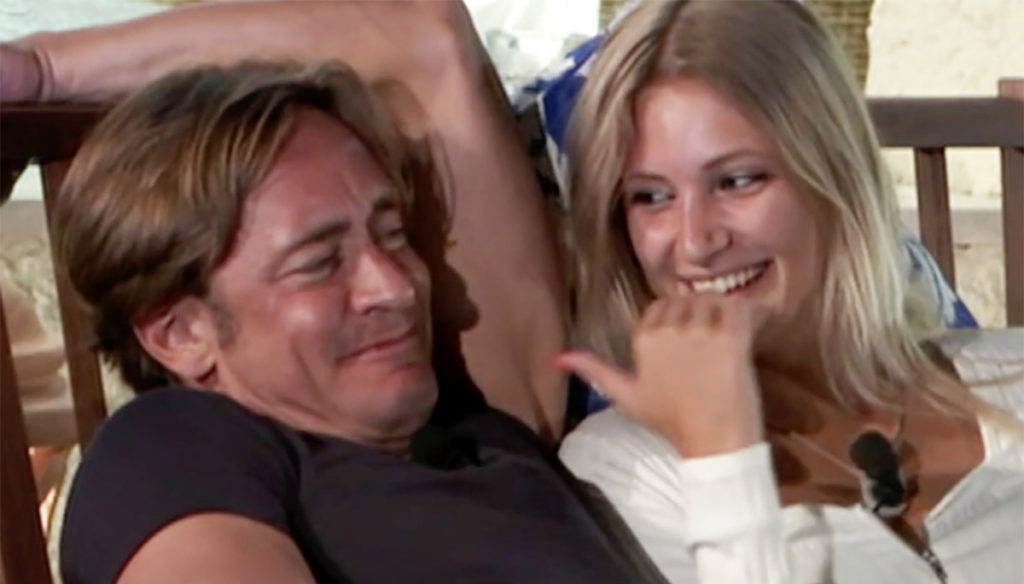 Nathalie Caldonazzo comes out of Temptation Island alone, after seeing Andrea with the single Zoe. We find out what happened to the flirting between the two outside the reality show

The couple's Nathalie Caldonazzo and Andrea Ippoliti adventure in Temptation Island Vip ends badly, due to the feeling between the entrepreneur and the single blonde Zoe Mallucci.

Nathalie and Andrea, engaged for three years, but already in crisis at the start of the program, have definitively closed their love story in front of the Mediaset cameras.

The showgirl, fresh from the vision of yet another video in the pinnettu in which she was forced to witness the behavior of her companion, more and more intimately with the young temptress Zoe has, in the end, taken the situation in hand, asking for an immediate bonfire.

The comparison between the two was no holds barred and ended when the Caldonazzo got up and left, determined to put the word "end" forever to a story marked by continuous ups and downs, who did not stand the test of the island of temptations.

The showgirl, in front of Andrea's ambiguity, decided to go out alone from the reality show and her words left no room for recovery for the now ex-partner: "It's over forever" – he said peremptorily – "He ruined everything , I can't look at it anymore ", under the sympathetic gaze of Marcuzzi, who tried in vain to stop it.

The former wife of Ippoliti, Daniela Pandini, also intervened via social media, not at all tender towards the father of her three children. In fact, he added: "Did you say you never cheated? Three years ago you betrayed me and our children discovered it, "the woman wrote, thus dismantling the line of defense that Andrea had chosen to use before Nathalie's accusations:" I have never had any problems with any woman before you " he had exclaimed. And above all, he had added the phrase: "I never betrayed".

Yet the triggering reason for the break with Caldonazzo, on the island, was really an alleged betrayal: the too tight bond that, during the reality show, Andrea Ippoliti intertwined with the blonde temptress Zoe Mallucci, let us guess that the two would have gone well beyond the simple hugs, especially after the inspection of Ippoliti in the temptress's residence.

But what happened now to that flirtation that convinced Nathalie Caldonazzo to cut bridges forever with her partner after a three-year relationship? According to rumors, but also according to the indications sown on the Instagram profiles of Andrea and Zoe, the relationship between the two would not have been exhausted on the island. On the contrary, they would still be dating. In their stories, the photos of the same table sprouted at the same time in the same intimate restaurant by the sea in Fregene. And it is difficult, almost impossible, to think of a coincidence and not the fact that the two are continuing what started on the island. And maybe, at the time of that shared shot, they were sitting together at that table enjoying a nice couple's lunch by the sea.