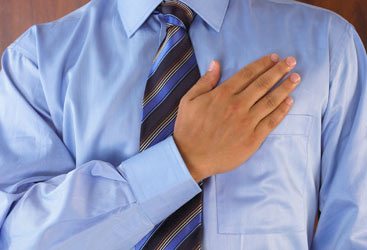 As the level of testosterone increases, the researchers argue, the propensity to lie decreases, while honesty and sincerity increase.

The researchers conducted the experiment on 91 healthy men: 46 were treated with a testosterone-based gel and the other 45 with a placebo. After verifying that in the subjects of the first group the level of testosterone was actually higher than those of the second, the group of volunteers underwent a behavioral experiment: a dice game designed in such a way that the participants had the possibility of to lie. The game, in fact, took place in separate booths, so nobody knew if their real scores were monitored.
In fact, scientists have not bothered to record real scores, but have relied more simply on the law of probability. "Statistically, the probability for all the numbers on the dice to occur is identical: therefore, if there are anomalous values ​​in the higher numbers, this is a clear indication that the subjects have cheated," explained one of the scholars.

Which of the two groups therefore cheated the most? Surprise: the one treated with placebo, or those who had lower levels of testosterone.
So it seems that this hormone in addition to aggression increases pride and the desire to give a positive self-image and consequently also sincerity.

But wait before you jump to the easy conclusion that women – who have lower testosterone levels than men – have a tendency to lie more than men. Who knows how many other hormones, owned by women and not by men, come into play in favor of sincerity: we therefore await further experiments in this regard.

Gianluca Zompi
1543 posts
Previous Post
Being a mother at 61 years old. It's right?
Next Post
Francesca De André and Gennaro in crisis two months after the GF